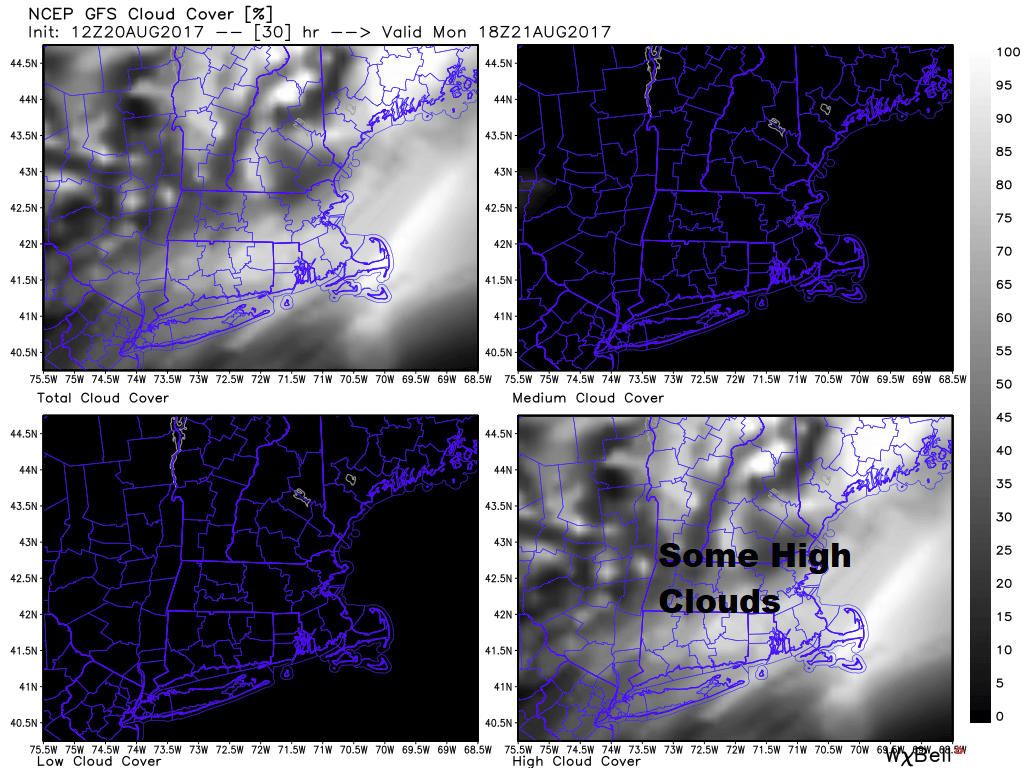 The Northeast’s forecast for Monday, August 20.

If you’re hoping to catch a glimpse of Monday’s solar eclipse from New England, prepare for the possibility of high cirrus clouds. But fear not: This means the eclipse will still be visible in the region because these clouds don’t fully block the sun.

I would prepare for some high clouds around here during eclipse tomorrow. Still see it, but they will be there. pic.twitter.com/uXimKpGUBo

Monday’s solar eclipse has certainly received a lot of attention, and will continue to do so as its path crosses the country. All of us, no matter where we are in the United States, have a chance to see at least a partial solar eclipse, though clouds are getting in the way in some locations.

The prime viewing locations appear to be the Pacific Northwest and the Tennessee Valley, according to the National Weather Service Prediction Center.

While this is certainly an event that doesn’t occur often, it’s not that rare. The next total eclipse for the United States is April 8, 2024. You can be sure the weather is more likely to be a problem that time of year than the middle of summer. 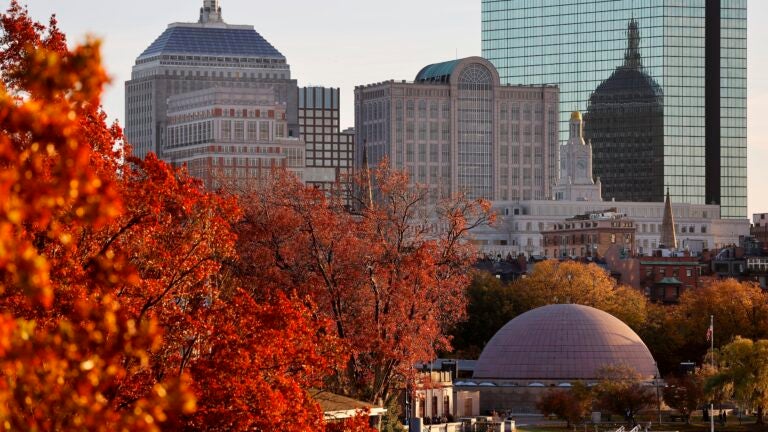