The weather across much of Europe and sections of Asia has been brutally cold with parts of the continent seeing temperatures at 30°F below zero or colder. Hundreds of people have died from the cold and power companies are struggling to keep up with demand . While we enjoy a very mild winter the question is, could that sort of cold hit anywhere in the United States from now until early March?

A Very Cold Week.
Much of Europe and western Asia have been exceedingly cold the past week. Notice in this picture of the globe how cold it is across those areas.

The pink-purple colors represents temperatures 10-20 degrees colder than average while the browns in our areas are 5-10 degrees warmer than average.
Arctic Pattern Changes
There are many factors that allow storms and cold air to move into various parts of the globe. Recently, one of these factors or measures, the Arctic Oscillation Index turned negative. The index was negative much of last winter as well. That was one of the reasons that the winter of 2010-2011 was so bad across much of the United States.

So, if the index just turned negative (see above image), why are we going to still enjoy mild temperatures? I believe one reason is that another index which helps measure how air will moves across the globe, the North Atlantic Oscillation (NAO), is still stuck in a positive phase (see image below) and has been nearly all winter. When the NAO is positive, we tend to have less cold and snow. It seems like the NAO, and its tendency to keep us warm is overpowering the AO and its tendency to keep us cold. Across Europe, the NAO in a positive phase, along with the AO having just turned negative, are combining to push the cold air deep into areas which normally don’t see this kind of cold.
The forecast for the NAO remains positive for the next couple of weeks, with some indication of a flip after Valentine’s day.

This still won’t mean a big snowstorm or prolonged cold for the northeast but it gives us a better shot. My thinking remains that this is just not our year for a big winter storm or prolonged cold. I could of course be wrong, but, the deeper into February we get without a storm, the chances of one happening in March will diminish.

Cold & Wet Spring?
Speaking of March. In three short weeks we begin the third month of the year. Already my thoughts are turning to not if the pattern breaks, but, when and how? Eventually, the atmosphere is going to have to re-balance temperatures in this part of the country. The question is, how does that play out? Do we end up slightly colder for March and April or does the summer end up being chillier than normal? The climate models have done a horrible job predicting the weather this winter across Europe/Asia where they were forecasting a milder than normal early February. That prediction has turned out to be deadly wrong for many. Summer forecasting is actually even harder than winter. The possible differences in summer temperatures are just not as great as they are in winter. For example a cold summer day might be 70°F but a warm summer day will be 90°F. That is only a difference of 20°F degrees. However, a cold winter day can be 10°F while a warm winter day can be 60°F a difference of 50°F degrees. The smaller summer variations make finding correlations between the NAO, AO and El Nino and La Nina a bit more challenging and the predictions for summer weather less reliable.

Bottom line, the next 10 days feature 1 or maybe 2 cold outbreaks, neither are not long lasting. I still don’t see any major snow events through the 14th. Beyond that, let’s see what the computer models forecast this upcoming week for later in February and revisit the question for the weekend. I have sneaking suspicion bare ground may be a thing of the past by mid to late month.
Follow me on Twitter at @growingwisdom and check out my latest videos at GrowingWisdom.com 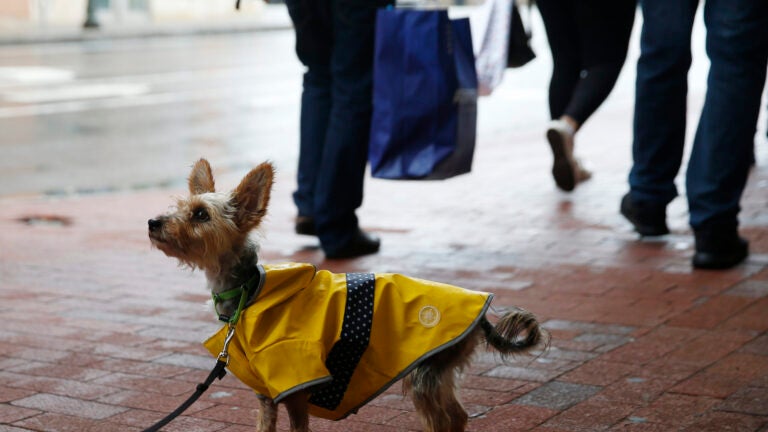