Another mild week and one week closer to the official start of spring. You know meteorologists and climatologists consider spring to begin March 1st, not March 21st. March 21st is known as the vernal equinox, that is the day that days and nights are basically equal over the entire planet. March 1st really begins meteorological or climatological spring. This is because,normally, the coldest 90 days of winter are from December 1st to February 28th or 29th. The past few months have been very mild and mostly snow free. That is about to change, at least temporarily as we head into the weekend.

First, I thought it would be fun to share some statistics about the lack of winter so far in Boston. This is similar to much of the northern half of the country this year. Note: If you are not interested in all historical stuff, scroll down to the month of February for ideas on this weekend’s storm.
Let’s go back to October. Boston recorded 1″ of snow but as you know many areas had 4-8″ and some areas had 12-30″ of heavy snow. When that happened I told my friends we were done with winter. It would have seemed counter intuitive at the time, but I know many of my fellow meteorologists believed the same thing.
The October snowstorm was historic. Sometimes, after these large anomalous storms, the atmosphere just takes a break. This seems to be the case after the October snow storm. It’s as if that storm took a lot of winter’s energy with it. Here is a summary of just how warm it has turned after that storm.
November
November is a transitional month from fall into winter. It’s similar, in that transitional way, to May. Some years May can be fantastic, warm, just enough rain and quite enjoyable overall. Other May’s can be cold and very wet. Those May’s seem to drag on for weeks and feel more like an extension of winter. November can be fickle as well. November 2011, was mild and sunny. We had plenty of rain overall, but 23 days of the 30 ended up dry. Temperatures were above normal, as you probably remember. We had, in Boston, 14 days above 60°F. There were seven nights when the temperature stayed above 50°F and only one where we had a light freeze at 31°F. Obviously, there was no snow.
December
December was exceedingly mild again. Normally, December features many nights below freezing, even into the teens and some single digits. This past December, 14 nights, nearly half, stayed above 32°F. Moreover, 12 days were above 50°F with two above 60°F, downright balmy. There was of course no snow and on only one day did the temperature remain under 32°F. Looking back, the ground really never had a chance to freeze up the entire month.
January
January is climatologically the coldest and the second snowiest month of the year. Neither cold nor much snow occurred across the area last month. First, one statistic I find really remarkable, is that only 5 days stayed or under 32°F. We had 20 days that reached or exceeded 40°F. This constant return to mild weather made any cold just not seem so bad. Six days reached above 50°F and we saw thaws continue overnight, (temperatures above 32°F) 9 times. We did, believe it or not, record 6.8 inches of snow in January.
February
So far in February the temperature has gone above freezing every day. While I expect that to change this weekend, up till now it’s been very mild. Thus far Boston is averaging about 6 degrees above normal each day. Snowfall has been zero, but again that all is about to change. While it is still 48 hours away, there are some indications of a light to moderate snowfall Friday night and Saturday. We just missed a big storm this week by a very short distance. It’s about to get interesting. The latest computer guidance is showing rain and snow changing to snow here Friday night into Saturday morning as a storm passes just off the New England coast. I would say that right now we under the gun for a plowable storm. That means a few inches, not a shut down the State storm.

One of the models is able to give me a projection of what the radar will look like on Saturday morning. (see above) Right now, it is forecasting bands of moderate to heavy snow, for a few hours, along the interstate 95 corridor and perhaps as far east as Cape Cod. No matter what, this is NOT a major storm, but since we haven’t had any snow in a while, it’s worth being aware.
Stay tuned.
Follow me on Twitter at @growingwisdom and check out my latest videos at GrowingWisdom.com 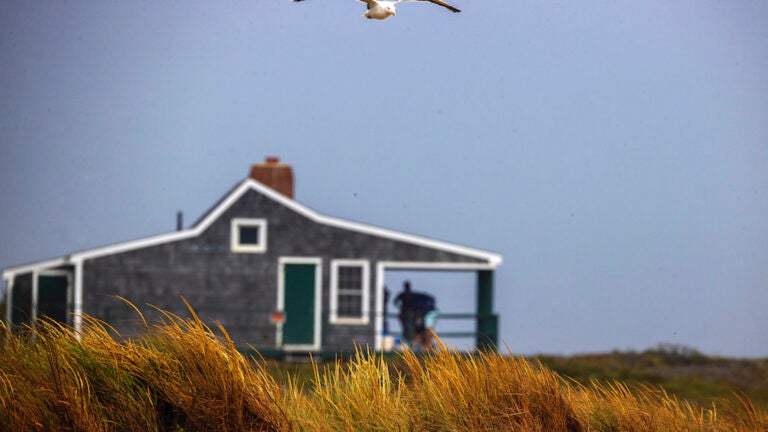