More rain is moving into the area this evening and there are some heavier showers embedded in the rain. This period of rain looks to last about 5 hours and produce up to 1/2 an inch of rain. Quite early tomorrow, the weather turns mild and there will be a break in the precipitation during the morning and into the afternoon, the sun may even come out for a few hours. Another round of rain moves through the area to start Thursday before we see some slow improvement as we head into the weekend.

Recently
The radar (above) earlier today showed three different areas that I was watching. First, notice the steady rain over Maine, that is what gave many areas north of the Pike some heavy downpours earlier today. Next, notice that there is a break in the steady rain over southern New England that is now moving out. Lastly, there is another area of rain to our west that moving into southern New England now.
Wednesday rain
Rain will fall tomorrow, mostly in the morning and over southeast parts of the area. On the weather map for tomorrow, (below) notice that around 7 a.m. rain area is moving off the coast. Behind that area, although it will not completely clear, I do expect many hours of dry weather Wednesday morning and afternoon. That dry period will not last long as during the early morning hours of Thursday a new area of rain will hug the coastline giving much of the area several more hours of rain. I expect up to 1/2 inch of rainfall late Wednesday and early Thursday. Temperatures will be in the upper 60s during the day Wednesday and Thursday. If we get some sunshine tomorrow afternoon, lower 70s are a real possibility.

Thursday
Most of the rain for Thursday should be over by noon at the latest. I would not be surprised if it were even earlier. On the radar map, as predicted by the models, at 7 a.m. you can see the lack of rain to our west.

That is the area that will move through for later in the day Thursday.
Why all these areas of rainfall?
Tuesday morning the rain was caused by warmer air trying to move north. Although not successful, there was enough contrast in the air mass to produce rain. Tonight, the rain will be caused by the warm air finally moving north and allowing our temperatures to actually go up late tonight. Wednesday night and Thursday the next area of showers will be caused by drier and slightly cooler air clashing with the warm air. As if all those changes were not enough, Friday and Saturday we still run the risk of showers or even a thunderstorm as the sun will heat the air and cause clouds and those potential showers to form. It’s really not until Sunday that I will finally take showers out of the forecast.
Summary
Rain overnight ending by mid-morning Wednesday. Clouds and a few breaks Wednesday afternoon. Mild near 70F.
More rain early Thursday morning ending by noon Thursday. Not much clearing. Highs in the upper 60s.
Sun and clouds with a few pop-up showers Friday and to a lesser extent Saturday. Highs in the 60s.
Sunshine for Mother’s Day highs in the mid 70s.
Gardening this week
We are just about a week away from being able to put out warm weather crops. I know, that some of you might wait till Memorial Day weekend, but I stopped doing that 20 years ago. Getting a frost that late is highly unusual and a widespread frost isn’t likely from here on out. There are some plants that need warm weather so I hold off planting beans, peppers, and eggplant until later in May. Below is a video showing you what I have planted so far in my own garden. 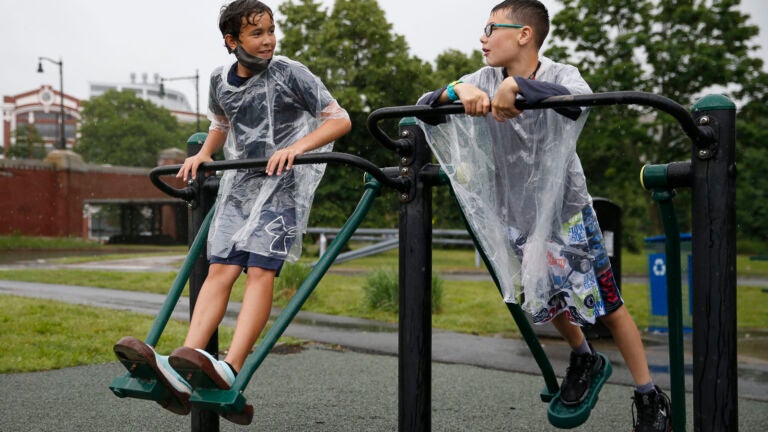