A front pushing south from northern New England is going to keep clouds and a few showers across the southern sections of the area this afternoon. The best weather will be north where the front has already passed. The clouds will also keep temperatures much cooler than expected only in the lower and middle 80s. Some places to the south will get near above 90F. The reason for the clouds is a front that is moving into the area. This front is going to usher in a major pattern change for next week. The great weather begins tomorrow with full sunshine and warm, but dry conditions. I update the forecast regularly on Twitter you can follow me @Growingwisdom.

Saturday
Unfortunately, the front that is suppose to move through later today has a wider cloud shield than many expected. We knew there was a chance of showers later today, but the front is moving a bit faster than expected and has a few more showers with it. These clouds will help lower the temperatures this afternoon and keep the chance for severe weather a bit lower as well. Humidity will be oppressively high, so even if the heat is not as bad, the humidity will make it quite uncomfortable. You may still see some sunshine and it won’t rain most of the time, but this is not a beach day for southern New England.
Check out the satellite below and you can see the extent of the clouds.

Sunday
Cold front number one will be to the east on Sunday with another front passing through in the morning. The second front will sweep out the humidity, but leave the warmth. Sunday is the start of a new pattern takes hold next week. I do expect a few clouds Sunday morning across the South Shore and the Cape, but these will move out to see during the morning. The rest of New England will see sunshine. Temperatures will reach well into the 80s over many areas, with the Cape remaining the lower 80s. Northern New England will also see cooler temperatures in the low 80s and some upper 70s

New pattern next week
The map below shows the position of the jet stream for next week. It appears that much of the heat will be pushed far to the south. While not unusual, this break in the pattern doesn’t always happen in July. This means no more 90F for at least the next week. We have had five 90F degree days or higher so far this year. If you took the past 30 years and did an average of 90F days, it comes out to 14. We have had years with none and others with over 30. This year, so far, it seems like we are about in the middle.

Twitter and weather
I knew the night of July 4th this year would be a tough forecast,but, talk about a crazy night of forecasting! One of the things that amazes me is the ability to forecast from anywhere. I was not in Boston that night, but I could, thanks to technology, see the radar, live pictures and other pieces of valuable information. Putting this all together allowed me to tell people what was going on with the weather up to the minute. Today, anyone can see the radar with a mobile device. Where I think meteorologists come into play, in these types of situations, is helping to interpret the data. Twitter is a tool ideal for meteorology or other rapidly changing situations. All of the local meteorologists here in Boston are embracing twitter as a way to get out information to viewers. I follow them, some of them follow me. It was really quite interesting to watch my twitter feed during the evening of the 4th as forecasters told the unfolding story of the coming storms. Meteorologists noticed around 10PM that night, after the Esplanade missed one storm, that a new storm popped up to the west. This new storm developed in a matter of minutes and ultimately was the one to soak revelers. We could ‘tweet’ about the movement of the rain shield as it moved down Storrow Drive and Beacon Street towards the Hatch Shell. Pretty amazing stuff when you think about it. Just a few years ago this type of nowcasting, as we call it, would have been unthinkable. Twitter is a great way to interact with ‘followers’ who may have feedback or want to ask questions. If you are not already on, give it a try. Follow me on Twitter at @growingwisdom
One last point about the forecast. The storms that affected the Boston area, both of them, were very isolated. It only rained in a very small area, but affected a huge number of people. It remains a challenge to give more useful information, in these situations, other than to say “chance of showers”. I know it can be frustrating to not know if you are going to be affected by that chance or not. The reality is, we are not there yet in terms of that level of specificity to the forecast. We can say that conditions are favorable for storms. As of now however, we can’t forecast ahead of time that a storm will move down Beacon Street at 10:44PM, perhaps eventually we will. At least some of the new tools let us get the information to you as it is happening and with a specificity unlike ever before.
Gardening this week
Watering is the big issue this week with the garden. Otherwise, my garden is doing quite well this year. I hope your garden is growing great too. I have had a few issues this year, mostly with slugs. Take a look at the video below and watch me give an update of my own garden. I hope it helps you in yours. 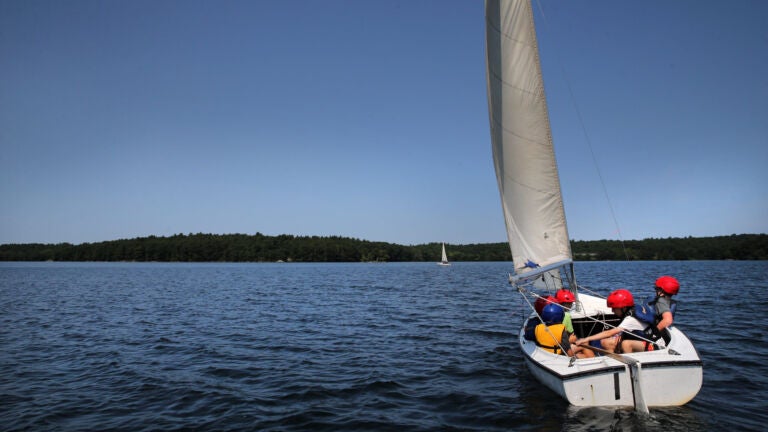