For New England, the core of the latest heat wave arrives today. We along with most of the country, are all going above 90F this afternoon. There is a heat advisory in effect for much of southern New England.

A heat advisory is issued when the heat index, a combination of the heat and humidity exceed 100F. Other parts of the east coast back through the Midwest will bake today with the heat index also over 100F. Chicago’s actual temperature will close in on the century mark this afternoon. In contrast, Dallas will only be in the mid-90s. Indeed, Texas, which last summer saw a record number of days above 100F is not having as hot a summer this year. Dallas had already seen 16 days at or above 100F by this day last year. As of today, they have only had one. For Texans, this is a “cool” summer. I guess it’s all about perspective isn’t it? To chat more about this topic or other weather and green stuff follow or tweet me on Twitter at @growingwisdom and check out my latest videos at GrowingWisdom.com I love to interact and have your thoughts.

What’s the big deal with the heat?
When it gets above 90 for three days in a row we call it a heat wave around this part of the country. At that point, the media hype about the heat goes into overdrive in similar fashion to what they do for extreme cold or gobs of snow. We love to talk about the weather and it’s big business. The media outlets want you to view or read their product and package it in a such a way as to encourage you to do so.
Of course, I want you to read my blog here on Boston.com and I also have to make it someone different from all the other weather noise out there. I kept thinking, before I started writing this entry, what to say about heat in July. Meteorologically, in the northeast, this year hasn’t been anything special in terms of heat. It’s common in July, across the northeast, to have several days, that hit 90 degrees or higher. In Boston, our average number of these days is 6. In Hartford they hit 90 or higher closer to 10 days and in Portland, Maine, they may not hit 90F for an entire year. In 2010 and 2011 Boston had 10 days in July that hit or exceed 90F and one that went over 100F. Remember, these averages and records are for Logan Airport. If you live on Cape Cod or Cape Ann those numbers are lower. That is also the case for the coast of Maine and much of northern New England. If you live in interior areas you can add 2 or more days to these numbers.
This July
We have had 5 days of 90 degree heat officially for Boston, though it’s closer to 7 or 8 west of the city. Yesterday was 90F in West Roxbury, but Logan Airport missed it by 2 degrees. Since records for Boston are at Logan Airport, we will only record a 3 day heat wave with a one day interruption. Places like Fitchburg and Framingham will have a 5or 6 day heat wave this time. I am estimating Boston will have,after today, two more days of 90 or higher the rest of the month. If that happens, that would put us very close to normal in terms of the extreme heat for July.
Last night, one of the networks lead story was the heat and drought. The report touted that the country is in one of the worst droughts since the 50s. That is serious and will affect all of us with higher food and energy prices due to the failing corn and wheat crops. However, what does it really mean? Back in the 60s we had a major drought for several years in this part of the country. We haven’t seen that kind of drought since. Patterns repeat and patterns set up and last for a months or even years. I don’t think we really can tell anything about our long-term climate from the past few years. It will be decades before we have enough data to really see if anything is happening that is meaningful. ‘

I read yesterday about the ice in the arctic being at it’s lowest level since records have been kept. That may or may not be meaningful. Records started in the late 1970s, and to make sweeping conclusions about data from that tiny period is great science. You can read more about my thoughts on this, if you wish, by clicking this climate change blog entry on Weather Wisdom. The point of this is to continue to promote research and ask questions around climate and weather. It’s not to infer man doesn’t play a role in how we affect the planet, we certainly do and I try to limit my own footprint here whenever possible.
So back to this current heat and drought. Heat can be deadly and drought costly. Yet, the reality is that 99% of us will go through our day today pretty much the same whether it’s 98 or 75. Of course, you should be smart about how long you are in the sun and I wouldn’t advise going for a run at 3PM. Heat can make you very sick and can kill you or your pet if you are not careful. If you have a neighbor, especially someone elderly who doesn’t have a way to keep cool maybe offer to take them to a mall or library this afternoon so they can be comfortable. At least check on them. Every year we see a story on someone who died because of the heat. I myself am concerned about my garden, my vegetables and my electric bill this month. However, isn’t this all part of summer? I can’t remember it ever being perfect in any season for very long. This spring was nice and sunny but too dry. Last winter was the best winter ever, unless you owned a ski area or made your living owning a car wash or plowing roads. We can’t control the weather, although some think we do, so we just have to be smart about it.
I often think about how people dealt with the record setting heat of the 1930s. More State all time records and monthly records were set in that decade than any other decade. Yes a tremendous amount of daily records have been set this summer, but not the big records. Are you surprised more records have not been set recently? Interesting isn’t it? What were people going to work during the depression thinking about enduring the summer of 1936 with its extreme heat and little rain? How would today’s media have reported that heat? Keeping cool three quarters of a century ago was an entirely different way of living and thinking about the heat.

What’s the darn weather?
Here is the forecast for the next few days. This afternoon is going to be hot and humid. I am watching a band of clouds moving southeast from New Hampshire that may cap the heat just under the record in Boston. The record for today in Boston is 98F and we could tie or possibly break that record. Overnight will be another very warm and humid night for sleeping so have the fans or the A/C going to keep comfortable. One of my friends use to tell me she would take a shower right before bed and try to fall asleep while the air dried her.
Wednesday
Wednesday is our transitional day as a cold front slips south from Canada. Depending on how fast the front moves and how much sun we see will determine our high temperature for the day. We may not hit 90F on Wednesday as clouds will be increasing. Severe weather usually needs a few hours of sunshine to get the atmosphere charged. I will review the chances for severe weather later today and tomorrow morning.
Thursday and the weekend
The jet stream will shift dramatically for the second half of the week. Instead of our winds at 30,000 feet coming from the southwest, they will come from the northwest. This change will bring in cooler and drier air and make sleeping a breeze especially if you can keep the windows open. You can see the jet stream forecast for the later part of the week below. Notice the lines now come from Canada. Temperatures on Friday morning will be back into the 50s in many places and highs over the weekend will remain in the lower and middle 80s for another perfect summer forecast.

Gardening this week
There has been late blight on tomatoes reported in a few places across the area including Middlesex county. Late blight is horrible because it is tough to control and will kill your tomato plants. In 2009 the blight hurt millions of dollars of the tomato crop. This year, it remains to be seen just how bad the blight is going to turn out. I have it on some of my tomatoes and have been treating aggressively. Here is a video about tomato blight below. 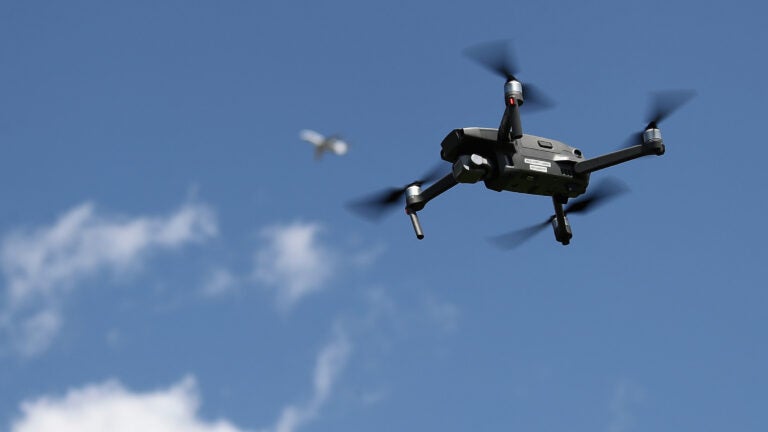 Scientists are teaching drones to hunt down human screams