Microburst, it seems like that is the new buzz word meteorologists are pushing. However, the word isn’t new, I think we are just hearing it more as meteorologists are using scientific terms more often than a few years ago. I think that is a good thing. Very often after severe weather moves through an area you hear that the damage was caused by a microburst, not a tornado. People who experience a severe microburst often think they have been in a small tornado, but in reality they haven’t. A microburst forms very differently from a tornado, but the damage can be significant nonetheless. When thunderstorms form, warm and moist air rises from the ground to help create the storm. Air that rises needs to be replaced. Some of the replaced air comes from the sides of the storm and some comes from above the ground. As the storm matures, the colder air at the top of the storm is pulled down towards the earth. Heavy rain and hail can drag down more cold air down from the upper parts of the storm. The air can start rushing down at terrific speeds in excess of 80 miles per hour.

In a matter of minutes, the air moving towards the earth will hit the ground. The air moving downward is called a downburst, a small downburst is called a microburst. Either a downburst or a microburst can cause damage.
Have questions about the weather in your area? Please follow me on Twitter at @growingwisdom and check out my latest videos at GrowingWisdom.com

Damage from a tornado has a rotational pattern to it, while damage from microburst falls generally in one direction. This is why the National Weather Service always investigates the damage before declaring whether a tornado or a microburst struck.
Close call for President Reagan
In August 1983, Air Force One was landing at Edwards Air Force Base with President Reagan onboard. 5 minutes after he landed a tremendous microburst struck with the highest recorded thunderstorm microburst wind ever clocked–gusts of 149.5 mph– causing considerable damage. If the plane had landed just five minutes later, the results could have been catastrophic. You can see the wind trace from this microburst in the diagram. Notice the winds peak twice. What you are seeing is the wind from both sides of the microburst. The middle of the microburst is called the stagnation cone, the winds in the cone are virtually calm.

In 1995, downburst winds were clocked at 136 mph at Grissom Air Force Base, Indiana, with estimates as high as 140 mph in Miami County, Indiana, you can imagine the damage these types of winds can cause. The aviation industry is well aware of the dangers of microburst. The crash of a Delta Lockheed L-1011 at Dallas-Ft.Worth Airport on August 2, 1985 is one of the most noteworthy accidents in U.S. aviation history was. Winds of 80mph were recorded as the storm passed near the airport. The accident claimed 137 lives. 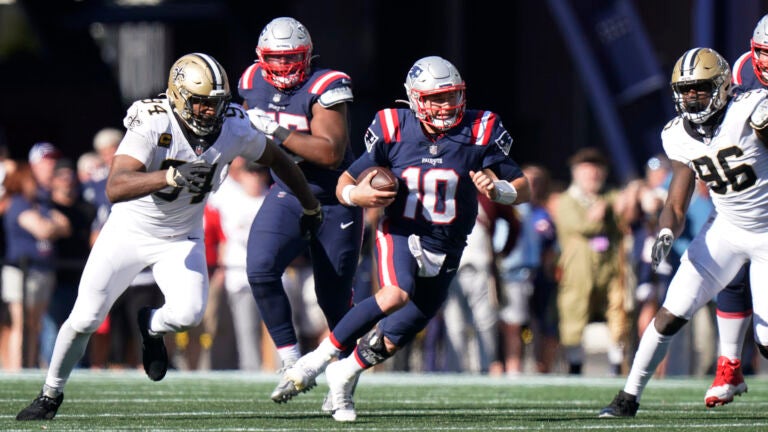 Mac Jones threw first 3 interceptions of his career vs. Saints