The summer of 2012 across much of the United States is going to be remembered for heat, but mostly for a lack of water. This is especially true in the nations heartland. Starting in the spring, rainfall became sparse from South Dakota to Kansas to Indiana and as summer has progressed, the situation has gotten worse. The warm winter of 2012 is also part of the problem. Warm temperatures and a lack of snow cover left wide swaths of ground open to lose moisture, unusual during the cold months. Normally, the plains States are covered by some snow or the ground is frozen, neither of those facts was true very much this year. Expose soil to unusually warm temperatures and hours of sunshine, and the drying process takes hold, even in winter. That’s just the start of the story.Have questions about the weather in your area? Please follow me on Twitter at @growingwisdom and check out my latest videos at GrowingWisdom.com

As winter turned to spring, some rains came, but not nearly the extent or volume normally seen. In March 33% of the country was in some drought condtions, by May that number was up to 44% and headed towards our current condtions with about three-quarters of the country in some drought. Week after week of hot and dry weather has continued to deteriorate crop conditions in America’s breadbasket. U.S. Department of Agriculture (USDA) reports for the week ending July 15 indicated that “38 percent of the nation’s corn crop was in poor to very poor condition, compared to 30 percent the previous week, and 30 percent of soybeans were in poor to very poor condition (compared to 27 percent last week). Fifty-four percent of the nation’s pasture and rangeland was in poor to very poor condition, and is an all-time high for the 1995-2012 growing season weekly history.”
Drought has occurred across the globe for millenia. It’s a natural part of the weather and climate cycles that occur. In the United States, nearly every area of the country can experience drought at one time or another. There are also different types of drought. Long term drought are different from agricultural droughts. Each may occur at the same time but either can occur by itself. If an area has below normal rainfall for an extended period of time they will often be in a long-term drought. However, if it is exceptionally dry during the non-growing season and then rains during the growing months, the long-term drought may not be an agricultural drought. Water management personal tend to be interested in longer term droughts the most. Long term droughts find reservoirs, rivers and lake levels exceptionally low.
Agricultural droughts are different in two ways. One, they affect farmers the most and two they can occur much faster. Four weeks of no rain after a wet spring won’t create a long-term drought, but will certainly be devistating to farming. This year, we are seeing agricultural drought unlike we have seen since the 1950s. Drought, once it gets started is often hard to break. When the soil dries it also heats up very fast. Moist soil takes more of the sun’s energy to evaporate moisture then to heat the ground so the temperatures of moist soil are cooler. Once all the moisture is gone from the land, all the sun’s ultra violet rays are used to heat the soil. As the soil warms, so does the air above and that is why temperatures have been so extreme this summer. We have seen many areas in the center part of the United States with record afternoon temperatures.

In summer, most of the rain that falls in the nations breadbasket comes from thunderstorms. As the soil dries out, the available moisture for thunderstorms also disappears. No moisture in the air, no storms, no storms, more drought and the pattern gets further locked in. We call this persistance and a persistance pattern can be one of cold, snow, rain or drought.
Is this climate change?
An event like this year’s drought is not due to climate change. These types of droughts have happened before. Summers in the 1930s and 1950s also saw extreme drought. Some of the same global weather patterns that helped create those droughts decades ago are again coming into play. The 1980s and 1990s, on a very broad scale, were characterized by unusual wetness with short periods of extensive droughts. As mentioned, the 1930s and 1950s were characterized by prolonged periods of extensive droughts with little wetness. The past ten years has seens extensive drought and extensive wetness in different parts of the country. Some forecasters believe this current decade will resemble closely the 1950s and early 1960s when drought was more common. Unfortunately, some like to bloviate and use these weather events to make a point about climate change. No matter what you thoughts are on the climate, this year’s weather isn’t a result of climatic shifts.

Hidden costs
The current drought is going to affect many things and corn is one of the most notable. Corn is so widely used that a poor harvest of corn could cause gasoline prices to go up. This is because higher corn prices translante into higher ethanol costs and in turn higher gas prices at the pump. Look at the chart below to see just how much of the corn we now grow goes to ethanol production. Corn is also used to feed many of the animals we eat, (that’s another blog for another time) if feed prices go up, so too will the price of chicken, beef and the like. Further, if livestock need to be slaughtered because they can’t be fed that could also impact food costs down the line. So, although we are certainly having a dry summer here in the northeast, the drought in the rest of the country is what is really going to affect our wallets.

When does the drought end?
I have been looking at the long range climate maps for the next several months. Long range forecasting, while better, is still not great. However, there is some agreement in a major pattern shift later in October. Some climate models are forecasting colder and wetter than normal conditions in the eastern half of the United States. That type of pattern would be markedly different from what we are seeing now. However, the damage to crops for this year most likely will not improve. The map below is one of the many models that predict the long range. This model is actually from Japan. What you are seeing is the precipitation forecast for September through November 2012. Blue areas represent area that are wetter than normal and red drier. As you can see there is good news for much of the area currently under drought conditions in the United States. There are other models that keep the warm dry conditions going through the entire winter. Persistance.

The local forecast
The next two days are going to be hot and humid across the area. Temperatures will be in the 80s to near 90F during the afternoon and there is the chance for a few storms both today and Tuesday. Overnight tonight will be warm and muggy.
Dry and cooler air returns Wednesday as a cold front will have cleared our area. Much of the rest of the week looks seasonable with just an outside chance of a a few pop-up afternoon showers. Humidity and heat levels will both be manageable.
Gardening this week
I am planting new seeds in my garden this week. I just planted turnip and carrot. I hope to harvest these in early and mid fall. August is a great month to replant many of your favorite vegetables. You can extend the gardening season well into fall this way. Lots of people don’t realize how ideal September, October and November are for growing.
I am reposting an older video on extending the season. I hope this is helpful. 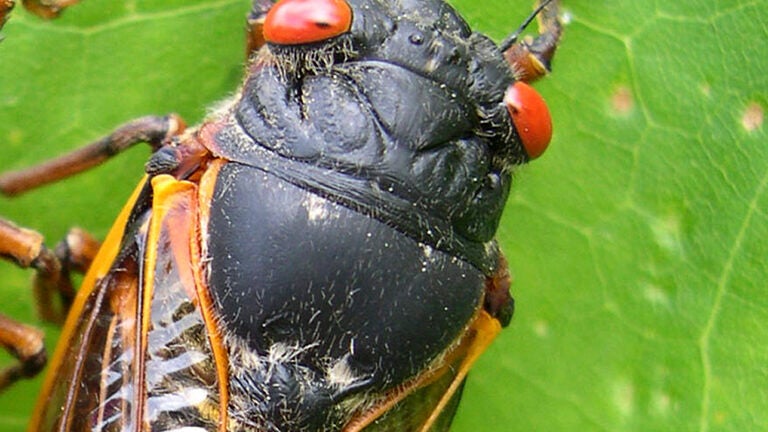