Tropical storm Isaac has gotten a bit better organized late this morning and is a bit becoming a hurricane today than it was yesterday. The terrain of Cuba and Hispaniola will, in the next 24 hours, interact with the storm so as not to allow much further strengthening. After the storm passes the Islands it will move into the Gulf of Mexico. Current projections are for the storm to remain west of Tampa. While the exact tract is still uncertain, and Tampa is still within the margin of where the storm could go, the chances of a major hit to that city are increasingly slim. This is certainly good news for the west coast of Florida and the participants and organizers of the Republican National Convention. For my latest updates and to ask questions follow me on Twitter at @growingwisdom and check out my latest videos at GrowingWisdom.com

Early this morning the planes that fly into the hurricane found that the support for the storm at the upper levels was not over the storm at the surface. This is a very important part of why the storm was still weak. Think of that this way, the energy for the storm at the lower levels needs to be under the energy at the upper levels or look like a perfectly symmetrical layer cake. Right now, the storm is a lopsided cake with one part to the north and the other to the south. Until these areas phase together, the storm will not become a hurricane. The atmosphere is actually quite favorable for this to happen so we will have to watch the storm very closely before it hits Haiti and Cuba. Most of the strengthening is now forecast to happen until after the storm goes by Cuba and is headed for the Gulf Coast. Here in New England sunny warm days in the lower and middle 80s with overnight temperatures in the 58-65F degree range will be the rule for the next 5 or 6 days.

New track
The track of the storm has shifted increasingly westward over the past day. This path takes the storm towards the Florida panhandle, Mississippi, and Alabama. Louisiana and Texas are also not out of the woods as a further shift west would put those States in the path of the storm. The storm looks to come onshore somewhere along the upper Gulf Coast around Tuesday next week. Winds on Tuesday are forecast to be in the 85mph range, a Category 1 storm.

How big will Isaac become?
As I mentioned, Isaac is poorly organized and very weak right now. As the storm passes by Cuba it will then head into an area of very warm water and somewhat favorable conditions for strengthening. Meteorologists are confident the storm will grow stronger later this weekend and early next week but uncertainty remains as to how strong the storm will become. Sometimes, if conditions are favorable, storms can go from a Category 1 to a Category 3 in less than a day. Once the storm begins to get stronger Sunday and Monday we will have to watch it hour by hour as it approaches the Gulf Coast.

Why do hurricanes form? 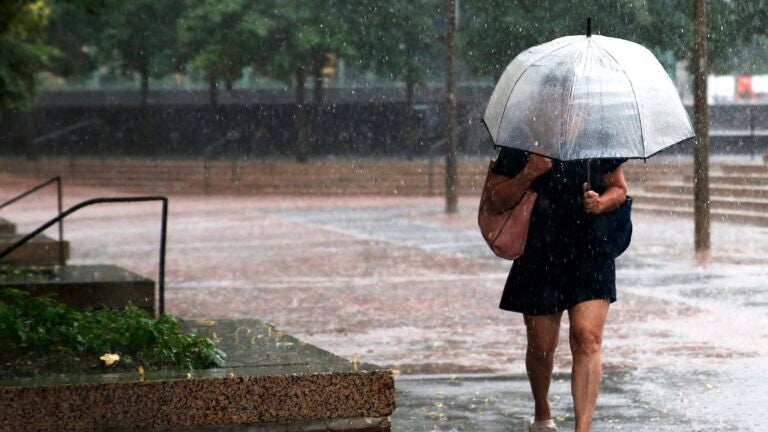