As we close out the month of September our weather year thus far will be remembered for its unusual warmth, dry spring and mid-summer conditions and lack of snowfall. You may already be wondering, what will the rest of the year bring for weather? Long range predictions have gotten much better over the past decade and will continue improve in the coming years. That said, meteorologists are still not perfect at predicting the state of the overall climate months into the future. What I can say with confidence is that we will have a snowier and colder winter than last year and that the likelihood of another major October snowstorm is slim. In today’s blog I will discuss what goes into making a long range forecast as well as what some of the predictions are forecasting for the upcoming months. For more insight on the weather find me on Twitter at @growingwisdom

When forecasting the weather for entire season we can not be very specific about the daily weather. The idea that anyone can tell you it’s going to rain or snow on a certain date is ridiculous. I could predict it will snow on December 12th this year and I might be right, but it would have nothing to do with my forecasting abilities. However, by looking at some big pieces of the climate puzzle I can arrive at a reasonable forecast of both temperature and precipitation for the next several months.

What influences the seasonal climate outlook?
There are several factors which will ultimately interact together to give us our weather this winter. Each of these factors on their own can push the weather towards colder or warmer, wetter or drier conditions. When you start analyzing how they influence each other iit gets quite complicated. The strength of the individual phenomena or pattern also has a lot to do with its influence. For example a strong El Nino isn’t going the have the same affect on the weather as a weak one. Let me start with that factor and briefly explain the others that are used in making a long-term winter forecast. This will give not only give you an idea of what goes into long term forecasting but you can follow these patterns this winter and see how they change with time.
1) El Nino and La Nina are the names given to the variations in ocean temperature off the coast of Peru in South America. An El Nino means that the waters are warmer than normal and La Nina refers to colder than normal waters. The see-saw of the two is referred to as the El Nino Southern Oscillation or ENSO.

This year we are looking at a weak El Nino as the most likely scenario for this important variable. The image above shows what all the various computer models are predicting for ENSO over the next 7 months. Anything above zero would be an El Nino, the closer to zero the weaker the El Nino. Last year we were in a La Nina pattern (negative numbers are colder than normal). Using only this pattern our weather would trend colder and snowier this year. However, there are many other patterns we must consider.
2) Trends- This pattern involves looking at the weather for the current season and how things have been trending in terms of temperature and precipitation. Then the results are used in making a long range prediction. The fact we have been warmer than normal for so long will tend to keep the forecast on the warm side especially through December.

Meteorologists and climatologists use the term Optimal Climate Normals or OCN to describe this variable. The period of normal used for this pattern is 10 years rather than the used for daily averages and normals. This makes a lot of sense to me. If we are in a pattern of warmer winters or snowier winters lets us that knowledge to help predict the upcoming season.
3) In the tropics, the tropical 30-60 day oscillation also known as the Madden Julian Oscillation (MJO) will affect climate variability within a particular season. These tropical disturbances have strong and weak periods and are thought to also influence the ENSO. The two most significant impacts of the MJO over the US during Northern Hemisphere winter are an increase in the frequency and intensity of heavy precipitation events along the US west coast, and an increase in the frequency and intensity of cold air outbreaks across the eastern US. Since this pattern fluctuates with such frequency it’s difficult to predict very far into the future.
4) Two other patterns which affect the weather, especially winter temperatures are the North Atlantic Oscillation (NAO) and the Pacific North American (PNA). These patterns oscillate between positive and negative and are not as well predicted as other patterns.

Each of these has a strong influence on our daily weather in the colder months with regard to the NAO a positive NAO can give New England a mild and snowless winter. You are correct in assuming the NAO was positive most of last winter.
5) The Pacific Decadal Oscillation (PDO) is similar to the El Nino/El Nino pattern but operates on a much longer time scale. There are some scientists that think the current phase of the PDO may be having a strong influence on the low levels of ice in the arctic the past several years. We have been in a cool phase of the PDO since 2008. When this phase turns warm again we could see even warmer temperatures than we have seen in the past few years.
6) The Arctic Oscillation (AO) is in its simplest terms a measure of pressure patterns in the arctic region.

Last winter the phase of the AO remained positive for much of the winter. This positive phase greatly contributed to our mild winter here and across much of the US. A positive phase locks up the coldest air at the poles and doesn’t easily allow it to flow south.
In addition to the patterns above, there are a few other patterns within the system that are important when trying to predict the climate over the next few months.

Soil moisture and ice cover are looked at to see where they are in relation to long term normals. Lack of soil moisture over large areas can impact temperature and the ability of the atmosphere to produce precipitation. Ice and snow reflect more light than bare ground. If the planet has more snow cover early in the winter it can help push us towards a cold and snowy scenario.

Current Predictions-October through December
The rest of autumn into early winter looks to be milder than average across much of the country. I have taken a few predictions and downloaded the maps below. These are not the only predictions available but a good representation of those that are current. What I notice is that the averages in temperature are trending higher than normal and precipitation is forecast to be more typical with less drought in the east but a continuation of drought conditions in the west, except along the coast. It’s important to remember a warm fall doesn’t mean it can’t snow nor does a dry December mean it won’t be wet at times. These are averages and the best way to think about it is to think how you might remember the season overall. It was cool this past June in much of the East, but most of us remember this as a warm dry spring. October looks to be milder than average and this trend will continue into Thanksgiving. There will be some cold days between now and the end of the year but I suspect when we are ringing in 2013, we won’t be talking about how cold and snowy the weather has been. December will most likely trend colder and this could be a sign of things to come in the new year.

January-March 2013
The bulk of cold and snow often comes in in the first 90 days of any given year. Last year, we stayed mild and virtually snow free for much of that time. This year, early predictions are for more normal amounts of snowfall and frequent outbreaks of cold. I will look closer into the predictions for this winter during late October or early November when some of the patterns I wrote about earlier are studied more and we have a better idea how they will play out.
Gardening this week
This time of the year many weeds are creating seeds to produce new weeds for next spring. There are several things you can do right now, to make your garden closer to weed free for 2013. In this video I show you how I help control weeds in my own garden without using chemicals. 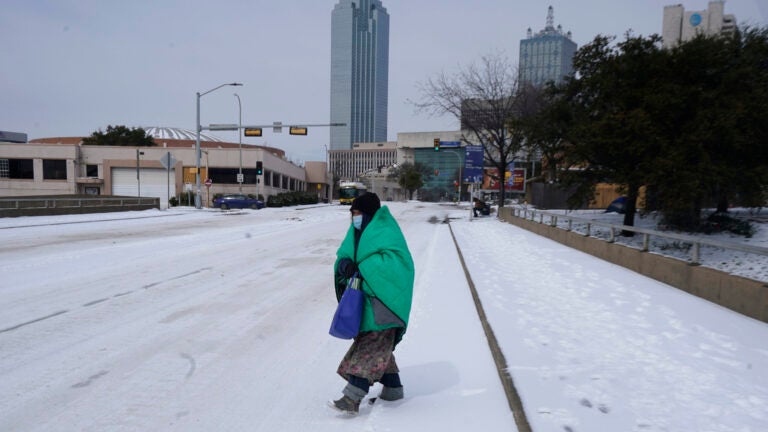