Latest track as of 5pm continues to show center of storm hitting well south of New England. This doesn’t mean we don’t see a major storm.

One of the problems with the computer models is that they can forecast fairly accurately several days in advance. The issue with that is that we all see a big storm coming, but the models also can’t tell exactly where that storm will hit this far out. This puts millions of people on alert for the potential storm and some of them won’t see the worst of things. At this point, we are three days away from the full effects of the storm and honestly, no one can say with certainty where this will hit.
I’d love to hear your thoughts on this blog or any others. I will of course be updating regularly on Twitter at @growingwisdom so you can find me there as well. Looking at data from this afternoon there is conflicting information from the models we use. We have models bringing the storm into Southern New England for what would be one of the worst storms in decades here and other models bringing the storm into New Jersey for what would be one of the worst storms in decades there. You might be thinking this is useless information but, plan on the worst and hope for the best. As we go through the weekend the picture will become clearer and by Sunday we should know if the storm is going to be a strong nor’easter or a historic blockbuster.

Next three days
The weather today and Saturday looks very nice with sunshine and just a few clouds. Afternoon temperatures will rise well into the 60s. On Sunday skies will turn cloudy and rain and drizzle will begin late, most of the day will be dry. It will still be mild Sunday and there will be some humidity in the air especially south of Boston.
Latest thinking
This afternoon the American models are bringing the storm into southern New England a worse case scenario for us. However, the hurricane models take the storm into the area around the New Jersey shoreline. This can still change and the official hurricane center track could wobble hundreds of miles north. Over the weekend the track will become even better refined. Right now, the models are forecasting 5-10″ of rain from this storm. Some heavy rain could move into our area and flooding would be a possibility. The models can have huge swings even three days before a big event like this so be prepared for changing forecasts through the weekend. Notice the chart below that shows just how inaccurate the models can be a few days before a storm.

What can you expect?
First, we are getting a storm. It might be that you remember the hype more than the actual storm, but it may also be a very bad two days. Right now, Monday night and Tuesday will be stormy, but, if the Hurricane Center’s projected track holds, not a blockbuster. In that case, I would say expect this to feel like a strong nor’easter without the snow. The trees will bend a lot and some may fall especially the closer to the storm’s landfall you are located. Coastal areas are going to see beach erosion and some homes could end up damaged significantly, again closer to the system. Rainfall will be heavy in the order of 2-5″ and that is enough to cause urban street and basement flooding. I still think the power could go out for many of us and it could be days before some areas see their power turned back on. Tides are high around noon and midnight both Monday and Tuesday. The tides are also astronomically high especially the tides at noon.
Remember, someone reading this in Fitchburg will feel less of the storm than someone reading this on Martha’s Vineyard. If you are in the direct path of the storm there will be significant damage and power will be lost for many days.
Could this miss us?
We won’t miss the storm, but the impact of the storm could be minimal the further south the track ends up, think big rainstorm. A southern New Jersey landfall would give us a moderate storm. If the storm hit Maryland or Virginia the impact would be even less severe in southern New England. If the storm’s landfall shifted southern Connecticut and Rhode Island we would we see major damage to much of the coast and widespread tree damage. The storm would be worse than Irene by far.

What to do
Those of you with boats and homes on the coast should prepare as you would for a very strong nor’easter. For the rest of us plan on no power. Many of us lost power last year in Irene and the October snowstorm. Remember what you did then and what you wish you had done. Don’t stock up on things that go bad if you lose power for two days or more. Longer power outages are possible. When this is all said and done, Some good news is that many of the weak trees got taken down last year in those two major weather events.
Sandy
Late this weekend the storm will be undergoing a change in its internal make-up. A hurricane is a tropical system and as such has a tight wind field. Later this weekend, a very strong jet stream along with a a cold front will move over Sandy and change the storm from a tropical one to an extratropical system. As this happens, the wind field will greatly expand to cover 100s of miles.

Normally, a hurricane’s greatest impact is 20-50 miles from the center. As Sandy undergoes a change from a warm to a cold core storm her impact will expand. The wind field of winds over 40mph may eventually reach out over 250 miles. Although the official storm track is currently forecast to hit south of New England, areas from the north shore through Connecticut will see and feel the effects of the storm. The track can change dramatically, so don’t feel we can’t get the full brunt of the storm yet.
Why this very unusual track?
The track of the storm is forecast to be highly unusual. I have to say that until it happens, it’s almost difficult for me to believe it’s so strange. However, the models are clear that the jet stream will carry the storm into the coast around New Jersey late Monday. The map below shows the forecast, based on the GFS model, of the jet stream. I have tried to illustrate how everything comes together to move the storm west.

Past History
This storm is so unusual in its track meteorologists are hard pressed to find many others that have moved this way. There are two storms that come to mind that affected our area that formed in the Cuba/Jamaica corridor.

The great gale of 1878 and hurricane Hazel in 1954 both impacted New England and caused significant damage.

Sandy will take its own path but it is worth noting where other storms have gone this time of year.
Gardening this week
There are many plants that bloom in the fall. Toad lily, asters, mums, joe pye weed, roses and many others wait or continue blooming into late fall. It’s a good idea to have a garden with plants that bloom in all different season. When I design my gardens I select plants that bloom from February to November here in the northeast. Additionally, but adding some special evergreens, I can bring color to the garden all year long. 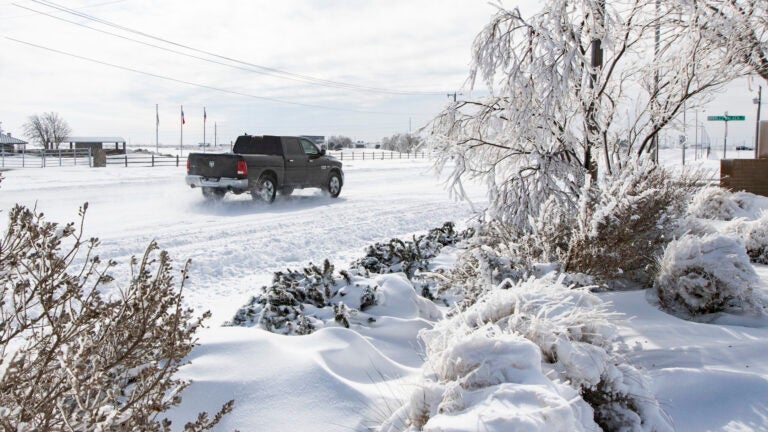 At least 20 people are dead, and millions are without power due to record-setting cold