Sandy got a bit stronger overnight and winds are now over 85 miles per hour. The storm looks to have just made the turn towards the west and should hit the coast early Tuesday.

The storm continues to be historic and once it makes land fall later today will transition from a pure tropical system to a non-tropical one. That fact is simply semantics and for meteorologists to ponder as the effects will be the same. The big aspect to this storm for most people continues to be the wind. Those people who live and have businesses on or very close to the water will have storm surge as well. Winds will increase into early afternoon with the strongest gusts from about 2pm to 7pm.

It will still be very windy thereafter, but ever so slowly becoming less intense. High tide is around noon and midnight and for those of you on the coast, the water may not retreat very much between tides today. I am updating on this storm and of course future ones on Twitter at @growingwisdom please follow me there and ask any questions. This is becoming a nowcasting storm. Nowcasting is really looking at the information hour by hour and then making any changes to the forecast as needed.

Today
I think everyone has seen the projected track of the storm by now, but here it is again. From this point forward our weather deteriorates until about midnight tonight when things will ever so slowly begin the trend back from the intensity of the storm.

The TV media will be in overdrive today and into tomorrow and I recommend taking a break from the coverage from time to time. News outlets are great for getting you information you need, but also they are a business and they want you to watch their coverage of the storm. Those waves crashing over that seawall aren’t going to go into most of our homes and the tree that falls on a house will be the exception, not the rule. Unfortunately there is going to be significant damage from Atlantic City through southern New England to some infrastructure like boardwalks, subways and oceanfront homes, but most of you will just have to endure one, two or several days without power, a flooded basement or perhaps some damage to the yard. I think it’s important to keep in mind that of the 60 million people affected by the storm, a relatively small number will have their lives impacted beyond a few days. One caveat to that will be those commuters in New York. If some of the subways flood, which is a possibility, that would end up creating a commuter’s nightmare for quite a long time. We won’t know until late Monday if that is going to happen.
Wind

The wind continues to be what I believe most of you will remember from this storm. Often with storms the winds howls for a few hours and then it’s done. With this storm, the wind is going to be strong all day today. I expect the winds to peak this afternoon and subside Tuesday. The closer you are to the coast and the center of Sandy the earlier this afternoon the winds really begin to howl. In the local Boston area by late morning we will start to see gusts over 50 miles per hour and power outages will begin becoming common. The long duration of the wind can cause trees to give, become uprooted and fall. Some trees may also have cracks in them from past storms that have not healed. This means the trees are weaker to start. I have had two white pines come down over the past couple of years and barely miss the house. That is one of my biggest concerns from this storm. The further inland you are the less powerful the wind will be. However, if you live on an exposed hill the winds can be gustier. Those of you closest to the coast will have, on average, the highest winds. Gusts of wind are going to be what takes down the power. You will notice the wind range go from 20 miles per hour to as high as 50 miles per hour in just seconds.
Power loss
If you don’t lose power consider yourself fortunate. I am planning on losing power and I made some food that we can eat when the power does go out. Have your flashlight ready by the night stand and talk to the kids about what to do if they have to get up tonight without power. Most of us still have power, but as the day goes on the number of outages will increase. How long it takes to come back is anyone’s guess, let’s hope the power companies have a good plan for this, they certainly knew it was coming.
Rainfall
Rainfall doesn’t look too bad for New England. Those of you in the mid-Atlantic region will have much more rain and therefore flood issue.

There is a flood watch up for parts of New England, but I am not overly concerned about flooding. Check the basement from time to time just to be safe and be sure that drains near your house are not clogged.
Storm surge
The storm surge kills more people and does more damage than the wind. From New Jersey to New York City all across Long Island and up the southern New England coastline the storm surge will cause damage. The exact amount of damage is highly dependent on the particular spot along the coastline. Little inlets where the water funnels can see much more damage than an open flat beach. If the worst of the storm occurs at high tide that is much more damaging than at low tide.

The reason is that at low tide, the surge has to get to the high tide point, then to flood levels. If you start the surge at high tide, you have that much less room before things start flooding. Monday and Tuesday are astronomically high tides as well. This means that even without the storm, the tides on those days would be a bit higher than average.
Some tips
Keep the fridge and freezer closed as much as possible if the power fails. You can put things in a cooler you might need frequently like milk and juice. They will keep for a while in the cooler. If you have a grill, don’t forget that once the winds calm down you can cook that way. If you have power you can make a block of ice putting water in a freezer bag. A solid block of ice keeps things cold for a long time. That is why they use to call them “ice chests” after all. Generators must be vented outside, you can kill you and your family in minutes running them inside. Same tip goes for the car in the garage if you are charging your cell phone leave the door open while the car is running.
After the storm
When this is over there will be those who went to work, who had no damage and who didn’t lose power. For them, they might say “that wasn’t so bad”. Others will have their lives turned upside down and still some may lose their lives. The nature of these storms is that they don’t hit all of us the same, but are all going to go through it. I hope the blog has helped you prepare for the storm and will help you during it as well.
Tuesday-Friday
Winds will subside on tomorrow and there will be a few leftover showers. Since the storm will basically sit and spin itself to death over northern Maine I am not expecting rapid clearing. We will see clouds and a few showers much of the week. The sun will come out from time to time Thursday and Friday but we have to wait until the weekend for a truly sunny day. Temperatures will be cool but not cold throughout the rest of the week. A peak into next week shows that we may see a touch of mild weather.
Gardening this week
There are many plants that bloom in the fall. Toad lily, asters, mums, joe pye weed, roses and many others wait or continue blooming into late fall. It’s a good idea to have a garden with plants that bloom in all different season. When I design my gardens I select plants that bloom from February to November here in the northeast. Additionally, but adding some special evergreens, I can bring color to the garden all year long. 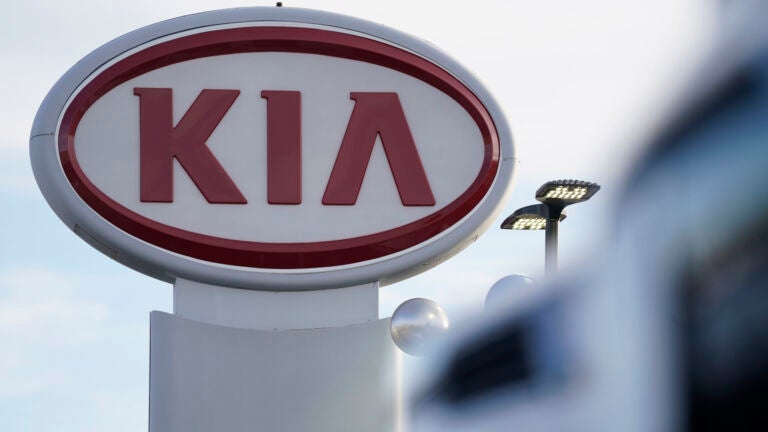 Should I let the dealer perform a recommended update?