Here we go again. For the third weekend in a row another coastal storm is poised to affect the area. There are some differences between this storm and the past two. Prior to this storm warm air will try to flow north and will impact the position of the rain/snow line. As the storm moves up the coast snow this weekend, snow and rain will break out across the area later in the afternoon Saturday.

If you have errands to run, it should remain dry most of the daylight hours. Saturday night and Sunday morning will be the worst of the storm. Power outages and coastal flooding are both possible from this upcoming storm. I’ll be updating the forecast all day on Twitter at @growingwisdom please send me your reports there.

Major coastal storms in the winter have both cold and warm air as part of their formation. In simplistic terms the left side of the storm is cold and the right side is warm. The closer the center of the storm comes to the coast, the closer the warm air. For our weekend storm, the track is going to be critical. While the track of the storm is certainly important, there are many other factors besides the exact track that can impact the type of precipitation an area ultimately receives. First, if there is a lot of cold air before the storm begins then it can take longer for any change to rain to occur and for warm air to move inland. Second, this time of the year the ocean water is nearing its yearly minimum. Unlike 6 weeks ago when ocean temperatures were running above normal, ocean temperatures now are colder and are quite typical for the latter half of February. The colder ocean means if we do see a wind coming from the east, off that water, the mild marine air won’t move as far inland and the precipitation remains all snow closer to the coast. Third, the time of day the storm occurs can be very important. It’s much easier to have a storm’s precipitation remain all snow at night than it is during the day.
Our storm this weekend will begin later Saturday afternoon with the bulk of the storm coming at night and the first part of Sunday. Based on some of the reasoning above, areas close to the coast may start as rain and then change to snow as the night progresses. We have had storms in the past where the rain/snow line moves west towards Worcester and then turns around and collapses to the coast several hours later. The stakes are high with this storm. Current model forecasts give up to an inch and a half of precipitation which can translate into over a foot of snow if rain was not involved with the storm. The best chance for the heaviest amounts of snow will be west of Route 128 and north of the Massachusetts Turnpike. This doesn’t mean Boston, Plymouth, Providence and New Bedford aren’t going to see snow or even significant amounts of snow, it just means the most likely areas to get all snow and no rain are north and west of those areas. We will have a wind off the water, especially in the first few hours of the storm. I am concerned that areas like Boston and even parts of Cape Ann will experience a period of rain, or mixed snow and rain, for several hours as the storm begins. This will cut down on accumulation.

The trend Sunday will be for any rain or mixed snow and rain to change to snow. The snow will be heavy and wet and stick to everything. With the wind, power outages might be an issue. Additionally, the strong winds could cause some coastal flooding around the time of high tide, about 10 AM.
The storm will wind down on Sunday and end as a period of snow everywhere. I expect even Cape Cod to get an inch or two at the end of the storm. Dry weather will return later Sunday and continue into Monday before the next storm threatens the area Tuesday night and Wednesday. The current pattern of these storms looks to continue for about another week to 10 days. I can’t say how strong any future storms will be after this weekend, but I can tell you that the jet stream remains very active and that March will enter like a lion across much of the country.
Gardening this week
With another storm on the horizon for the weekend you might feel like spring is still very far away. The reality is that in just a few weeks, many of you will be able to get into your gardens and start growing for another year. Earlier this month I went to New England Grows which is a trade show for those who work in the industry. Although not open to the general public, in this week’s video I share some of the latest trends and newest plants for 2013. 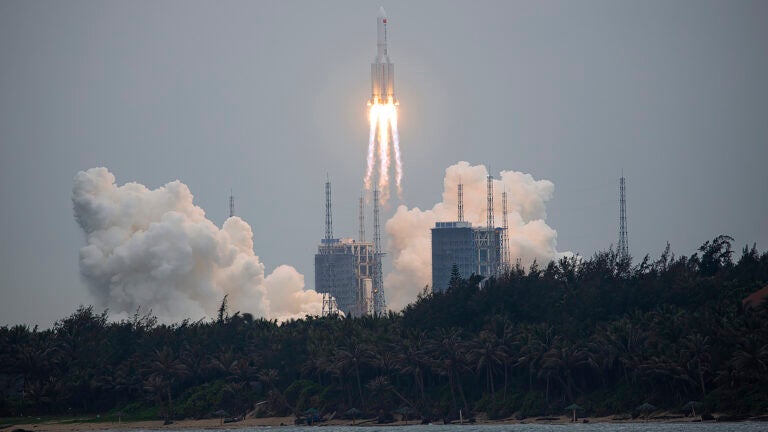 China says debris from its rocket landed near Maldives