The first few days of March have brought highly variable weather and this will be the case again the next several. Temperatures will reach the lower 40s in the afternoon and at times there can be a shower or snow shower along with many clouds. Pieces of energy flowing around the northern hemisphere will continue this trend of lots of clouds and the risk for insignificant precipitation. While you could see a few breaks or periods of sunshine, an entire clear day isn’t in the forecast through the early part of the week. I’ll be updating my weather forecasts on Twitter at @growingwisdom please follow me there.

If you are a regular reader of this blog, which I hope you are, you know that I often talk about the meteorological seasons and how their dates are different than the astronomical ones. In the weather world, we look at winter as being the coldest three months of the year which are December, January and February. This year, meteorological winter was somewhat milder and snowier than other years. I have embedded the seasonal summaries inside the blog for Boston, Worcester, Providence and Hartford. Just click on them to enlarge.

December will be noted for mild temperatures and lack of significant snow. In Boston the 3.4 inches of snow that fell during the final month of 2012, was over 5 inches below normal. Additionally, temperatures averaged 38.4 degrees which was 3.7 degrees above normal. The ground remained unfrozen much of the month allowing outdoor work to continue. A light snowfall on Christmas provided a “picture perfect sugar coating of white” to set the scene for Santa.
January started off very mild and some of you asked if a repeat of the previous winter was in store. There were strong signs of a pattern shift on the way for mid-January and arctic air from Canada would put a halt to the mild temperatures with 9 days of cold weather during the middle of the month. Even with the cold snap and one of the longest periods of below freezing weather in 10 years, the month would still end up on the plus side in the temperature department. Three days of 60 degree weather during January, including the final two days, was just too much warmth for the cold to be able to average out.

In the end, January goes into the record books at 2.5 degrees above normal.
Not only was there little snow in January, there was very little precipitation. At 1.08 inches of precipitation the month fell short of the average by 2.28 inches and was the 7th driest January on record since 1872. This wasn’t a good way to start the year after drought was so prevalent in many parts of the country in 2012.
February of course brought cold and snow more in keeping of an “old fashioned” New England winter. The 34 inches of snow that fell in February was a whopping 23.1 inches above the average and puts February 2013 as the 5th snowiest February on record. Most of the snow fell during the big nor’easter.

14.8 inches of snow of the 24.9 that fell in Boston came on the 9th of February. This set a new record for the date on top of the 10.1 inches of snow that had fallen the day before.
Temperatures were about average for February coming in at one-half of a degree below normal. This is one of the few below normal months we have seen in the past two years.
Other major cities in southern New England also experiences similar conditions during meteorological winter. For nearly all of Connecticut, Rhode Island and Massachusetts meteorologically speaking, the winter of 2012-2013 will be stamped in the record books as a mild and snowy one.

It won’t be unless someone delves into the specifics of the winter that they would know nearly all of the snow fell in a two day period and that there was some exceptional warmth and cold during January. In summary, the trend of the past 10 years continues with less cold during winter, and snowfall to be slightly above the averages we have seen since 1872.
Gardening this week
Depending on how aggressive you want to be in the garden, March does begin planting season. Fava beans, peas, lettuce, radish, carrots, and other cold weather crops can be planted by the end of the month. Inside, you can start many of your seedlings this month. I generally start my tomatoes in the first couple of weeks of March, which is about 8 weeks before they will go into the ground. Early this month is also the time to prune your blueberry bushes. In this week’s video I show you how to keep your blueberry bushes healthy and yielding big, juicy berries. 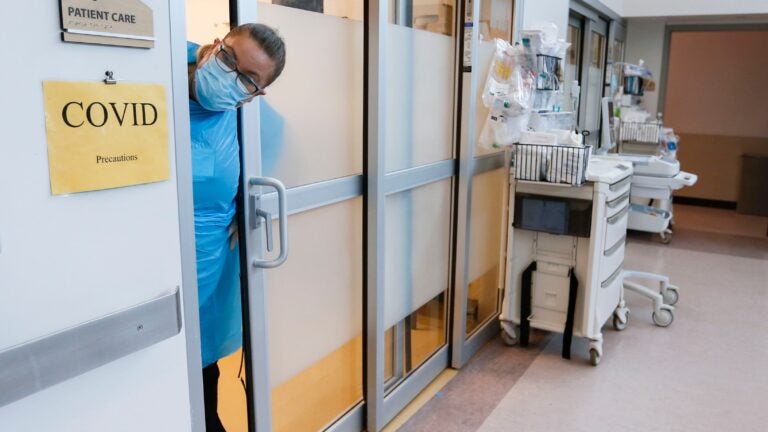 When will the summer coronavirus surge peak?