Here’s the great news, the weekend looks beautiful with sunshine and milder March temperatures; now we just have to get there. Another coastal storm will move into tonight and linger for a couple of days. While there will be some accumulating snow, especially during tomorrow and tomorrow night, it’s the wind and seas that are the major issue with this storm. I’ll be updating my weather forecasts on Twitter at @growingwisdom please follow me there.

Today is a damp day, but the precipitation we are seeing isn’t related to the main storm. We have a wind coming off the water and that is bringing moisture to the area. Temperatures will be well above freezing today and snow won’t an issue.

Already there is a coastal flood watch up for much of the southern New England coastline. I expect erosion and not flooding to be the big news maker. However, there can be some flooding to shore roads during this storm. East facing communities such as Scituate and Sandwich are most vulnerable to water damage where it could be moderate to major.
The coastline
There are 3 high tides that will create problems during this storm. Each of these will see a surge of water about 2.5 to 3 above normal. (7a.m. Thu, 7p.m. Thu, 8a.m. Fri).

Seas are also going to build and I expect some waves to exceed 25 feet just offshore. Also, the tide may not retreat completely between tide cycles exacerbating the erosion.
The map shows some of the potential issue for the high tide Friday morning. It’s that high tide that is going to potentially create the biggest issues.
Precipitation
Snow and rain will fall in bands for a long period of time..In other words, at times it will precipitate quite hard and then let up in intensity. Temperatures are going to be around the freezing mark either a few degrees above or below throughout the storm. Accumulations will increase as you move west of the coastline.
Around Boston, the precipitation will be rain much of the storm. When the rain comes down hard enough, it can bring cold air down from above and change the rain to snow. When this happens,some slush could accumulate but then melt several hours later. If Boston is going to get any slushy accumulation it will happen Thursday evening and overnight. I still don’t see this as a big snowstorm for cities and towns within about 30 miles of the coastline. The snow map shows what will fall through Friday. Remember, the bulk of the accumulating snow won’t arrive until Thursday and Thursday night. In other words, when you wake up tomorrow morning, don’t expect much on the ground.

What ends up in the record books can be quite different than what is left on the ground Friday. I believe the bulk of the accumulating snow would occur Thursday night. Between melting and compaction it will seem like less snow fell than what may be reported. For example, if some hilltop in Worcester County ended up getting 6 inches of snow from the entire storm, there could only be 2 inches on the ground Friday afternoon.
You might see accumulation maps with big numbers on them, but that won’t be what ends up on the ground. The map I have drawn is what I expect to fall until the storm ends.. The way snow is officially measured has the potential to inflate amounts artificially high. This is because snow is allowed to accumulate on a white board and cleared every 6 hours and then measured again. The 4 totals make up the snowfall for a 24 hour period.
Wind
Winds will be strongest along the immediate coastline. There, gusts could reach 50 miles per hour for a time especially Thursday and early Thursday evening. Inland winds will be not as strong, but if your area has heavy wet snow, there can be enough wind to take down some tree limbs and electrical wires.
Any possible changes?
The storm can still stay further south than predicted. This would lower snow totals to the north and allow some accumulation further east and south. This afternoon I will review the new model run and make changes to the forecast as I get new data.
The weekend looks quite nice with temperatures reaching for the 50s with sunshine. That is just a break in the pattern, not a change. There is another storm of rain or snow likely for later next week. Remember, we set the clocks ahead Saturday night we will have a later sunrise on Sunday, but more light in the evening.
Gardening this week
Depending on how aggressive you want to be in the garden, March does begin planting season. Fava beans, peas, lettuce, radish, carrots, and other cold weather crops can be planted by the end of the month. Inside, you can start many of your seedlings this month. I generally start my tomatoes in the first couple of weeks of March, which is about 8 weeks before they will go into the ground. Early this month is also the time to prune your blueberry bushes. In this week’s video I show you how to keep your blueberry bushes healthy and yielding big, juicy berries. 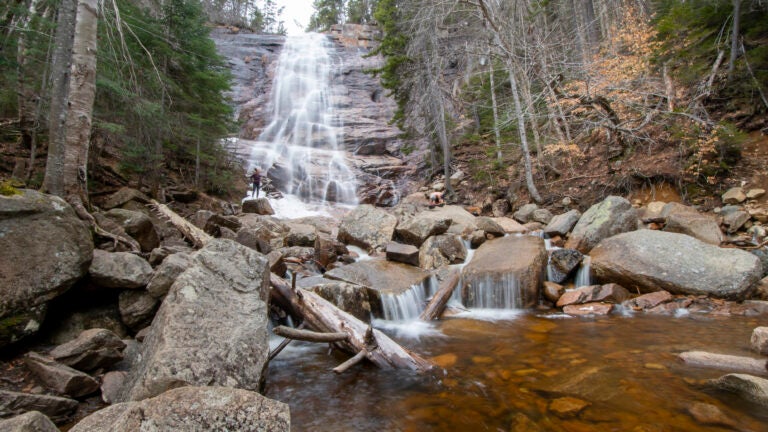