Don’t cancel the weekend plans. That is my advice for the upcoming weekend. We do have rain on the way, but most of the weekend is going to be dry and rain free. Let’s get right to the overview and then I will give you the specifics and try to break down both days as best as possible.

There are two areas of rain that are going to impact New England. See the map below. The first area is over the Ohio valley this morning and will move northeast during the day. I expect the entire day to be dry.

This area will move across the region overnight and Friday morning. I am not expecting the rain to be heavy or amount to more than a quarter to half inch at most. The heaviest amounts will fall west of Route 495, but all areas should see some rain.
There will be a break in the rain during much of the day Friday before the second batch of rain moves into the region from what is now tropical storm Andrea. While this is a tropical storm, it’s not going to be damaging storm. The biggest threat from this weather system will be heavy rain, and even that won’t be so bad or long lasting.

The term tropical storm is given to weather systems that originate in warm tropical waters and whose meteorological structure is tropical in nature as opposed to a storm that formed over land or in cold northern waters. The media loves it when these storms get named because it gives a chance to call even more attention to the weather. Sometimes the “hype” is justified, this isn’t one of those cases.
Andrea is currently in the Gulf of Mexico and will eventually land herself along on the Florida Panhandle. From there the storm will ride up along the coast basically as a nor’easter.

By the time the storm arrives here it will no longer be tropical and the name will be gone. You can see the track of the storm as currently forecast in this image. Notice the storm stays off our coastline.
Just like a winter nor’easter the exact track of the storm is critical to the impacts of the storm. If the storm tracks further offshore any heavy rain will stay off the coast. If the storm tracks closer to the coast the heavy rain will move further inland.
Tropical systems have a windy and a wet side. The windy side is to the right of the center of the storm and the wet side is to the left. It appears the windy side will stay mostly over the ocean, although there could be a few hours of windy conditions over parts of southeastern Massachusetts and Cape Cod.
Rainfall from the storm will be on the order of 1-3 inches with a few isolated higher amounts. The map below shows the total rain that will fall over the next three days. You can clearly see how the rainfall is a result of Andrea or the remnants of the storm. The map only shows how much rain falls over the next few days, not which days it occurs.

I expect the rain to be steadiest and heaviest from about 3 PM tomorrow through 7 AM Saturday. Because the storm is moving up from the south, areas south of Boston will see the rain begin and end first and areas to the north begin and end last.
Whenever we get over an inch of rain in a short time there is the risk for some flooding. With the possibility of 3 or more inches of rain some flooding becomes more likely. Our ground isn’t saturated and we have not had a lot of rain this spring. Therefore, any flooding that occurs will most likely be street, basement, and small streams, not large rivers.
Once the rain ends Saturday morning skies will begin to brighten and there can be some clearing in the afternoon. While I am not expecting a perfect day, I would not cancel outdoor activities due to rain. The ground may be wet, but it won’t be raining much of the day. Temperatures will remain cool with highs mostly in the 60s to near 70F.
On Sunday, I am expecting more in the way of sunshine and comfortable temperatures. Highs will reach into the 70s and a few spots may nudge 80F for a couple of hours around 3 PM. Next week, is still a bit in question with regard to how much rain and cloudiness we have around here. I can say with confidence we are not going to see any hot weather for at least a week to 10 days.
Gardening this week
You might not know it, but a disease that is affecting impatiens is going to be a problem again later this summer. This bacteria, which came over from Europe two years ago is now in over 30 states. I recommend not planting impatiens as the spores are airborne and likely will kill your plants later in July and early August just as they are looking great. I did a video on some alternatives to them here. Check it out. 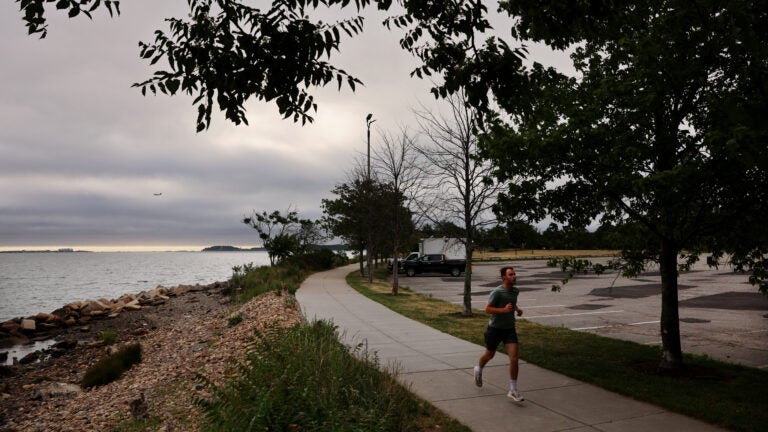 Next week: Comfortable and sunny with a chance of mid-week showers