The commute is still crawling late this evening, but the most intense bands of snow are now rotating just north of Boston. The snow will continue to accumulate through 9PM with lighter snow winding down around the 11PM to midnight hour. Those times are for Boston and points to the northeast. Snow ends earlier southwest of the city.

Remember back to December 2007? On the 13th, another similarly timed storm hit the area. That day, the snow snarled traffic in a way I dare say haven’t seen since. Unfortunately, tonight has turned out to be equally as bad for some of you.

More snow
The radar is showing snow heaviest along the axis of the Massachusetts Turnpike and then northeast into Essex County. The back edge of the snow is pulling eastward at a steady clip and I expect the snow to wind down around 8PM to 9PM. It will still be snowing after that time along the coast, but the intense snowfall rates will have greatly subsided. The entire storm will be over by around midnight.

How much snow?
Our computer guidance is in very good agreement on snow amounts for this storm with a general 3-5 inch snowfall west and south building to around 7 inches from the northeast side of Boston and also in eastern Middlesex County. Remember, it’s not the amount of snow that is the big deal, it’s the timing of the snow and how fast it will have happened. Notice Boston is on the edge of the heavier snow band on the map so a 5 to 6 inch final total is definitely in the cards. If a band lasts a little longer, 7 inches isn’t impossible.

When does it end?

This radar is from just after 6PM. Notice the boxed area, inside that box are snowfall rates of 1-2 inches per hour. The area is moving northeast and will pass by Boston by 8PM. After that, snow will end from 9 PM to midnight and perhaps linger a bit later over eastern Essex County. The snow will be lighter after the 9PM hour.

Cold midweek, but milder finish
The cold continues into Wednesday when highs will still stay in the upper 20s to lower 30s, Boston should break freezing tomorrow. The good news, temperatures will warm further on Thursday along the coast, but staying colder inland and up north. This time of the year the sun is very weak and the only way we really melt snow quickly is with a mild rain. Friday is even milder with highs into the 40s for some real melting, at least on driveways, walkways and south facing areas. There could be some rain showers on Friday as well with the milder air.

The weekend
There is going to be some unsettled weather later this weekend. I am not sure just yet where the boundary between the cold and warm air will set up, but I am leaning towards more of a rain event Boston south and a mix north and west, but it’s very early in the game.
Weekend garden tip
The video is from a few years back, but the tips on caring for a living Christmas tree are the same. Enjoy. 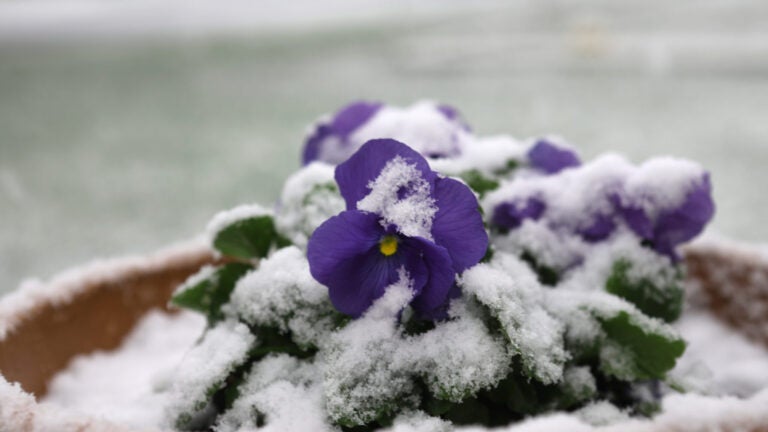