Although deep cold continues across the region this morning most areas in the single numbers and I couldn’t find any readings from here to Portland, Maine below zero. The wind won’t be what it was on Monday, but will still be a factor, this morning. Wind chills will be coldest through about 10AM, especially west of Route 495 where temperature readings are lowest.

Is bare ground “normal” in January?
You’ve no doubt noticed how quickly the snow has disappeared across southern New England. I took a drive yesterday from Metro-West to the South Shore, almost on Cape Cod and was amazed how little snow there was on the ground. So I started to thinking, is this typical to lose snowfall so quickly? The answer is, perhaps, but we need to more winter to really know.

Averages are funny thing, unless we look very deeply into the specifics of a particular year, we aren’t aware how the average came about. For example, last winter most of our snow came in the second half of the season. If you compare the total snow for the winter of 2012-2013, you would see nearly double the “normal” amount. Yet, the first part of winter wasn’t so tough and spring came relatively quickly. The snow was off my lawn by the end of March, even though we had so much in the previous 6 weeks.

We just over a week into January and don’t know yet how much snow will fall through mid-March. While the start of the winter has certainly been cold and snowy, the snow hasn’t lasted. Boston only sees about 31 days with snow cover a year and that could be achieved from any number of combinations. For example, if you had an inch of snow on the ground for a 10 day period in January, a week in February and several days of cover in March and December you reach the 30.

By the end of the month, the chance Boston will see any snow on the ground begins to decrease. Put another way, if we don’t see a return to snow cover after the middle of the month, it becomes less likely any snow we see will last. You can see this reflected in the chart below.

Turning milder this weekend
Sunshine will dominate the sky, but it’s still going to be a very cold day. Highs will range from 15 in the Worcester hills to 21 in Boston, to 28 on Nantucket. Another cold night follows with a similarly cold night ahead, but about 3-7 degrees less cold. The wind will also have relaxed.

Thursday begins to see a recovery in temperature readings although we don’t go above freezing until the following day. The cold is tough, and will take a southwest breeze to really dislodge it from the area.

By Saturday the air mass has completely changed. Temperatures will be spring-like with highs nearing 50F in the afternoon. There will be rain showers moving through by night fall and if you are a Patriots fan, it looks like it could be a warm, windy and wet game.

Great flowering houseplants
If you are getting the winter blues, how about picking up a calla lily to brighten up your house? Check out this video where I show you how they grow. 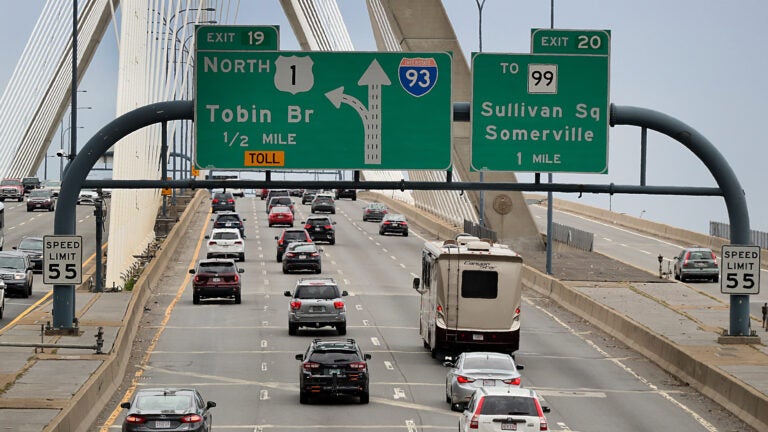