There are so many maps available to meteorologists today there really isn’t enough time to review them all. Many are model driven; others are built from current data. One of the interesting maps this morning covers the continental United States. This map shows over 80% of the country is under the freezing mark this morning and over 50% is under 20°F. Map from WeatherBELL Analytics LLC.

This has been a cold winter for much of the Country and will, unless something very dramatic happens, end up colder than the long-term averages for the December through February time period. Those 90 days are considered meteorological winter as they are the coldest 3 months of the year.

This week and the upcoming couple of weeks will continue to be cold. There are signs the next wave of cold air could push into the Deep South further than the previous cold outbreaks which could further hurt early crops across parts of the Gulf Coast.

Forecasters and growers will need to monitor exactly where the cold air pushes, but the core of the cold will likely stay just west of New England as it has done all winter. The map below shows how much above and below temperatures will be January 29th through February 2nd. Notice the core of the purple (lowest temperatures) is west of New England.

Patterns tend to lock in place during winter and this year we have seen multiple arctic outbreaks in the United States. There have been some days and even week long periods which are, by some accounts, the coldest since the late 1970s or 80s! While it can be tempting to draw conclusions about climate variability, from what seems like an unusual winter, there is nothing scientifically valid about using this winter as proof of any change or lack of change to the climate.

The next few days
Here in New England, it’s cold again as the arctic air is firmly entrenched across the region. However, there are some hopeful signs on the horizon. Today is going to be a cold and blustery day. Actual air temperatures are a few degrees less cold than yesterday. Where I live in metro west it’s 6°F while yesterday at the same time it was 1°F. Although we are starting slightly higher this morning, temperatures will rise higher than the 22°F of Thursday afternoon and will likely be 5 or 6 degrees colder. When you add in the wind today, it’s one of the colder feeling afternoons of the winter.

Overnight tonight will see an increase in clouds and very late at night, as milder air flows into the region, the temperature may actually rise a few degrees off the coldest point.
You have probably heard the word snow in the forecast for Saturday. I didn’t bother creating a snow map, because nearly everyone could see a heavy coating up to 2 inches of snow tomorrow through tomorrow evening. Across some of the higher terrain and in Berkshire County, there might be a 3 inch amount possible.

New England will spend much of the day with a southerly flow of air containing more moisture than our dry arctic air of late. At the same time, a new push of cold will be heading south and east. As these air masses collide over the region, snow showers and even snow squalls will break out.

The timing of this set-up is such that you could see snow just about anytime from sunrise through about 11 PM Saturday but, the most likely time for the snow will be in the afternoon and first part of the evening.

I am not expecting another Saturday surprise snow event for two reasons. First, and most importantly, I am putting snow in the forecast and secondly, the situation is totally different atmospherically than last weekend. That said we could see a heavy coating up to 2 inches of snow from this situation. This means roads can become very slippery and travel impeded in areas receiving the heavier squalls. If you are traveling tomorrow, be aware for changing road conditions.

I’ll update any changes I see on Twitter @growingwisdom. You can follow me there and ask any questions you may have.

On Sunday, arctic air returns as temperatures stay in the teens to near 20F. Another system brings a few more snow showers Sunday night and early Monday. While Monday will be seasonably cold, the rest of next week stays well below average for late January. You can see much of this pictorially below. 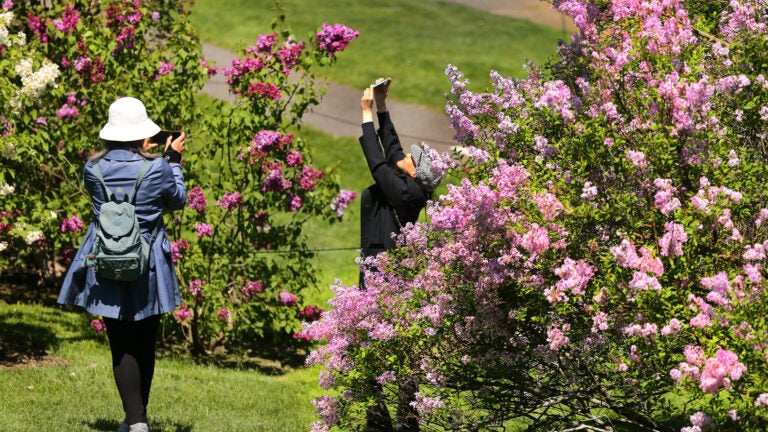