Many places reached close to or just above freezing this afternoon as clouds rolled into the area. It was interesting morning weather wise because along the coast there was actually snow falling, while inland it was sunny quite pleasant. Eventually, the sun faded and now we have a few hours of snow.

Winds remained light throughout the day and the snow we are seeing is falling straight down. The snow isn’t going to amount to anything significant overnight with a generally a coating up to 2 inches region wide. The most likely spot for the 2 inches would be Cape Ann. The good news for commuters is the snow will be over about 3-5 hours prior to sunrise, giving the towns a chance to put down melting product and/or plow. Some municipalities will plow at just over an inch while others wait until 2 inches fall. Either way, this isn’t going to be a big deal.

You might want to be sure you have a full reservoir of windshield fluid as there will be a lot of spray flying up from the car in front of you tomorrow morning. I am already hating the fact my car is going to turn white with the salt/calcium mixture drying all over the paint.
The big weather story this week is the next shot of arctic air poised to enter the country and spill eastward. Once again our temperatures are going to be very cold and highs on Tuesday and Wednesday will not rise out of the 20s. At night it will be colder of course. I am expecting Wednesday morning to find many readings in the single numbers and even some slightly below zero again.

At some point, we will experience the last of the frigid mornings for the winter. I define frigid around southern New England as anything under about 8F. The fact is we likely will not be as cold as we are going to be Wednesday morning until next December or January. As I look out into the long range I do see more cold air on the way, but we gain more and more light each day and as the nights grow shorter it does become increasingly less likely we will see readings of 5 or 6 degrees above zero the rest of the season.

Take a look at the two maps below. The first shows the average temperatures over two five day periods this month. The first is the next five days and the second is the 18th through the 23rd. Remember, this is based on one model, but does give a good indication of the arctic air leaving the lower 48 states and a return to seasonal averages or above averages in terms of temperature.

When this happens, the transition of cold to warm air, storms do develop. The challenge for me later this week and perhaps the following week is going to be to determine how the storm track impacts our weather. Do we remain cold enough for wintry precipitation or warm up enough for some rain? The next storm up on the docket arrives Thursday. There will be quite a bit of moisture with this system, so some areas could see a plowable snow storm. 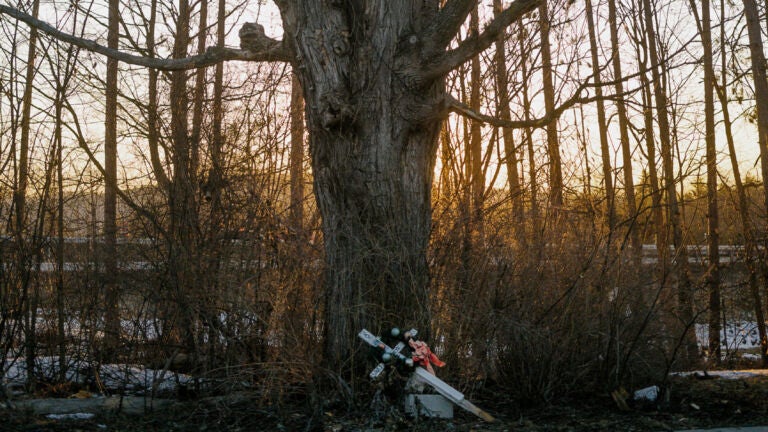 Goodbye to a Yankee farmer, the ghost of Exit 8