Day two of what is a holiday weekend for some is featuring mostly sunny skies and cool temperatures. Yesterday, a westerly wind kept sea breezes at bay, however this afternoon an east wind off Boston Harbor will keep place like Boston, Chelsea, Revere, Gloucester and Weymouth quite a bit cooler.

As I write, Logan Airport is standing at a very chilly 47F, while here in metro west I am at 61F.

I do expect clear skies through sunset so if you are outside working in the sun it won’t feel as chilly. There isn’t any chance of rain for the next few days. Monday is Patriots day, one of those holidays which only a few states celebrate. Massachusetts is of course one of them. It’s one of those rare holidays were we get mail.

Patriot’s Day is also Marathon Monday. Some of you may be running this year and the weather looks super. Around 7AM temperatures will be in the lower 40s, rising to the 50s by 10 or 11AM and the lower 60s in the afternoon. Winds will be light and give runners a bit of a head wind as they approach Boston. The chart below shows the hour-by-hour temperature and the symbols under the temperature are the wind. The red line is temperature. The blue line in windchill and the green is percentage the air is close to saturated. You can see how low that number is, indication very dry conditions tomorrow.

There have been years when it’s cold and rainy or blazing hot for the race. I would estimate tomorrow’s weather to be about as ideal as possible for both runners and spectators. The runners might like it a tad cooler in the afternoon, but it’s going to be pretty good. 1976 was one of the hottest races on record, but as recently as two years ago, the year without a winter it approached 90F during the race.

Tuesday features more sunshine with mild air and temperatures in the 60s. You will notice some thickening clouds for the second half of the day and a chance of showers follows overnight. The rain won’t last long and by Wednesday sunshine is back. Temperatures will be seasonable for the second part of the week, mostly in the 50s during the day and 30s at night.

You can plant peas, lettuce, radish, and other cold weather crops at this point in the season. These vegetables can take a frost or freeze without being harmed.
The weather pattern continues to look quite typical for early to mid spring. I don’t see any significantly above normal temperatures on the way.

April is a month when the atmosphere can become stuck in place. When the atmosphere locks up, areas with nice weather stay nice and areas with clouds and wet weather hold in that part of the pattern. These blocking patterns often result in Maine seeing a cool and wet regime accompanied by a wind off the ocean.

Block patterns are hard to predict because the jet stream must undergo a bit of an anomalous flow. Sometimes blocking can last for as long as a week. I have seen springs when the block keeps drizzle and chilly air in place for many days.

Some of the models are indicating the possibility of some blocking later next week. I’ll be watching to see if this actually does occur and how the trend of the models develops over the next 5 days. Until then, the weather remains mostly tranquil. 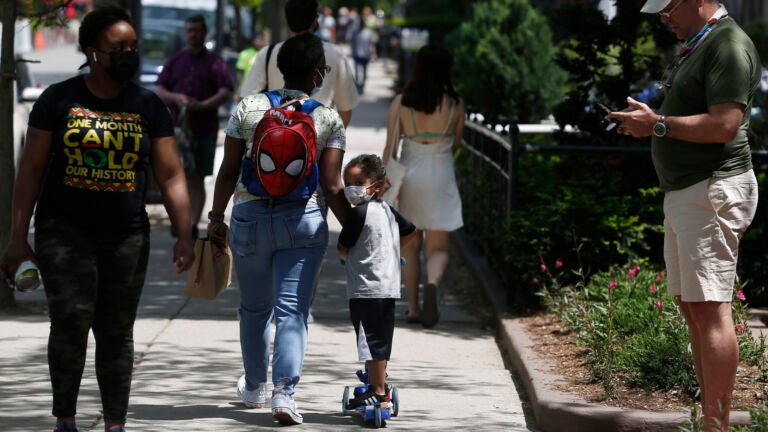