Get out and enjoy today, as it’s likely the best day for a while. This doesn’t mean it’s going to rain for days on end after this because it won’t. However, we won’t see the combination of sunshine and mild air for quite a while after today.

The winds of yesterday are worth noting. You likely saw some images of trees down and heard about or even experienced one of the several power outages. This of course came on the heels of those nasty thunderstorms Wednesday with several lightning strikes and even hail in places. The weather is certainly active right now, but it’s not anything we haven’t seen before and the volatility is quite common in spring. The summary of the wind from Logan Airport on Thursday can be seen here.

We have another vigorous system crossing the area tomorrow. There will be a period of rain to start the day. Latest indications are the rain will be here early. The radar image below shows heavy rain over much of the region at 8AM. I’ll be watching for a lull in the action during afternoon or early evening. If you have outdoor plans requiring dry weather the most likely opportunity for the dry window is 2PM until sunset, but later in the day and evening some more atmospheric energy, which is just another way of saying spinning air at high levels, will cross southern New England. This will bring a renewed chance of showers, storms and again there could be some small hail.

The bottom line on tomorrow. Look at the radar closely and when you see a break in the rainfall, that’s the time to get outside. Don’t expect a great day. I’ll tweet updates on the rain as well.
Sunday is a better day, but not great. There will be some sunny breaks, the risk of a brief shower and cool temperatures in the upper 40s to mid-50s. The coolest air remains at the coastline.
Blocking Pattern
Much of next week the jet stream will become stuck in place. This is called a blocking pattern because systems block each other from moving along in more typical fashion. Parts of the country will see day after day of rain while other areas are cool and dry much of the time. Currently, it appears we will be on the cool and dry side of the block for several days. Temperatures will be very cool at the coast and Logan Airport will record several days under 50 between tomorrow and next Thursday.
Severe Weather

The blocking pattern will also create a situation where severe weather will be an issue in parts of Texas, Missouri, Arkansas and Iowa. The map above shows the severe weather potential for Sunday. It’s been another very quiet spring of severe weather significantly below the long term average. The chart below shows the preliminary numbers for severe weather this year. Like 2013, this is a very quiet tornado season. You can see how active it was back in 2011.

Rain next week
Eventually, the blocking pattern will allow rain to move into southern New England. It may take until late Wednesday or Thursday before it gets here and once it does arrive it likely will stick around for several days. Blocking patterns, while not unusual, are the not the typical way the atmosphere works. Since they are less common than the more frequent west to east movement of storms, the computer models typically have a difficult time with forecasting the specifics around these setups.

What this means to you is a changing forecast, especially in the 3 to 5 day period. You may see rain in the forecast on day a few days in the future and then it’s removed the following day. Timing of weather systems won’t be great next week, so listen to forecasts often if you have plans which could be affected by wet weather. Have a great weekend. 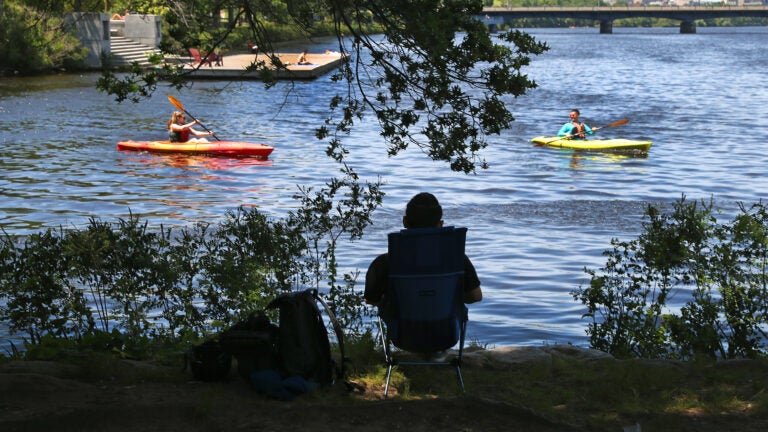