I know it was a long cold winter, but I didn’t like the heat yesterday. Mid 80s with all that dry air sapped my garden and me. Remember, the sun this time of year is about as strong as it can get, so although the calendar still says May, the sun is just as strong as July.

The house got really hot, especially upstairs and since I still have the winter weight blankets on the bed sleeping wasn’t easy the first part of the night.

Sometime during the evening you likely heard the wind pick up and if you were near a thermometer saw it plummet in a short period of time. Between 7 PM and 8PM Logan Airport’s temperature dropped from 74 to 55! A similar temperatures drop then occurred in towns west and south as the evening progressed. This morning most areas are in the lower 50s.

The reason for the dramatic change in air mass is thanks to something we call the back door cold front. Meteorologically, this is just a cold front with warm air ahead of it and cool air behind. The reason we say “back door” is because it comes from the east off the ocean and normally weather moves west to east and not east to west. Back door cold fronts can bring one the most dramatic temperature shifts to New England and unlike other fronts are often just accompanied by a wind shift and not any precipitation.

The marine air remains in place for the day and into tomorrow before more changes occur. Next up is a warm front which pushes out the cool ocean air and replaces it with more humid and milder conditions. So while tomorrow starts cool, by the afternoon highs will be back into the 60s. There might be a shower or two through Thursday as the warmer and more humid air takes hold, but the majority of any rain this week is going to fall late Friday and Saturday.
I don’t want to condemn Saturday so early in the week, but I would say there is a very good chance of basically a washout to start the weekend. If you are thinking about what to do this weekend and it’s a choice between indoor and outdoor activities, the latter should be left for Sunday.
I’ll be updating the forecast @growingwisdom on Twitter.
Follow @growingwisdom

Sunday won’t be a completely dry day either, but it certainly will be better than Saturday. The reason for the heavy rain is going to be a very slow moving cold front. As this front nears the coastline from the Ohio Valley tropical moisture will get caught in the jet stream and be propelled northwest into the region.
There might be enough rain to cause some street flooding or even small streams, but it’s been a dry enough spring so I am not worried about major flooding. We could see at least an inch of rain from late Friday through Saturday.
Behind the front drier air will slowly move in and a return to seasonable conditions is likely next week. 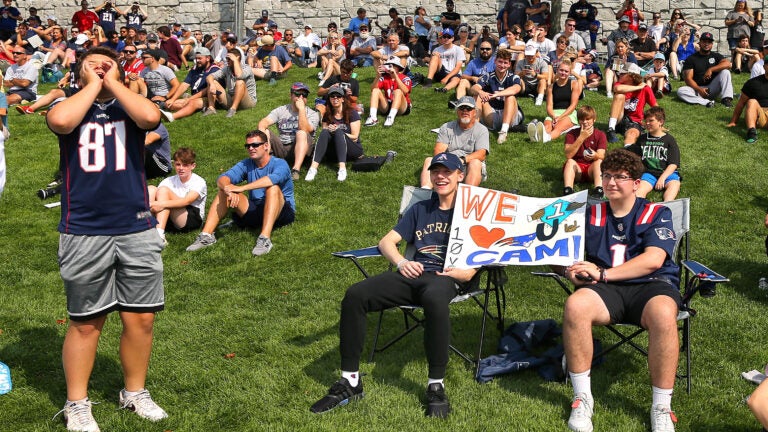