Showers never really manifested themselves yesterday leaving us with a fantastic May afternoon. Today is going to be another great day with warm temperatures and abundant sunshine. You will notice some high clouds out there today the forerunner of a break in the nice weather.

Temperatures this afternoon will be pleasant reaching the lower and even middle 70s inland. As you get east of Route 128 it will be slightly cooler approaching the ocean. By the time you get to the water, temperatures will likely fall back into the lower 60s during the afternoon.

The map below shows projected temperatures around 3PM. Notice the gradient running from Logan Airport westward to central Massachusetts. You can clearly see this computer model has the idea of a sea breeze quite clearly.

Sometimes, when a sea breeze front moves west it can build up a line of clouds along the boundary. This afternoon it will be interesting to see if the line shows up. Radar is now so sensitive; it can “see” the sea breeze. If you look at a radar loop later today, I’ll be you can pick out the east wind coming in off the water.

Our next weather system is in the center part of the country today and slowly moving east. The map below shows where thunderstorms could occur over the next 24 hours. Notice New England isn’t under any convective (thunderstorm) threat and most of the activity runs like a belt through the middle of the country. This ribbon of activity is due to cool air to the north and warm air south battling it out.

A piece of the warm and humid air will try to make it into our area next week and we could become toasty after the holiday weekend.

Speaking of the holiday weekend let me back up to the forecast for the next few days. As mentioned, today is great. We do have some showers in the forecast for Thursday and Friday, but I would call tomorrow damp over wet. A wet day for me means there will be frequent rain that overshadows any dry periods. A damp day is a cloudy day with lots of moisture in the air and a few showers, rainfall itself is limited.

After analyzing the latest computer data, the bulk of the showers appear they will say west and south of eastern Massachusetts. If you live in the Berkshires or west of Worcester tomorrow will be a wetter day than those of you in Boston, Lawrence or Brockton. Friday, clouds continue to hold tough and it remains cool, but again any rainfall is light.

Saturday is the bridge between a warmer and sunnier Sunday and Monday and the cool and cloudy Thursday/Friday period. As such, Saturday will see some sun, but with a slight risk a few of you see a shower. We only improve from there with more sunshine for Sunday and even brighter and warmer weather for Monday. Highs both day make it into the 70s. A few towns west of Boston might near 80F for a few hours Memorial Day afternoon. 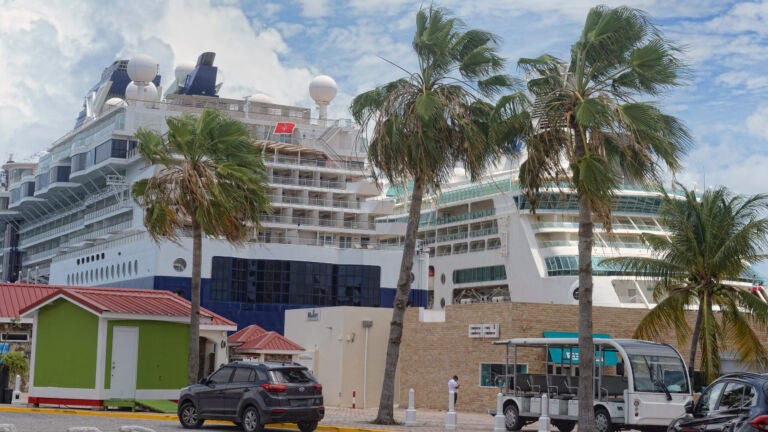