Although meteorological summer began three weeks ago, the summer solstice is this weekend and for many that marks the start of summer. For many of you with kids, summer begins when their school year ends and that’s about now. It’s interesting to me how by the time the summer season begins so much has already happened in nature. I think that’s why I like spring so much better. Spring is a time of movement towards something; summer feels like a slowdown in some ways and a movement towards fall in others. This blog entry isn’t meant to bum you out, just opining about the season.

The summer solstice marks the time when the position of the earth in relation to sun brings the most direct rays to the northern hemisphere. Put another way, the summer solstice occurs precisely when the Earth’s axial tilt is most inclined toward the sun, at the degree of 23° 26′, its most extreme. This is why the shadows are so short for so much of the day right now. At 1PM this weekend take a look at how much of the landscape is in sunshine. A fun think to do with kids is take a picture of a few different areas this weekend and then again of the same area at the same time (near 1PM) before they start school. The difference in light is staggering.

This weekend, when you add up all the daylight for the two days, we have 30 hours 34 minutes and 8 seconds of light between sunrise and sunset. To give you an idea of how far we have come since last December, the winter solstice weekend would provide only 18 hours 9 minutes and 9 seconds of daylight. On the first day of spring and fall we have just about 12 hours of daylight sunrise to sunset or 24 hours for a weekend.

While the sun’s rays are most intense this weekend, it takes over a month for the maximum temperatures to be reached. The air is heated by the ground and all this sunlight hitting the earth will need to be reflected back to the air to heat it up. This process takes several more weeks and is why the warmest days of the year aren’t mid-June and is a similar reason the coldest days of the year do not coincide with the winter solstice in December. The term we use to describe this is called “seasonal lag”.
Eventually, in early August the air catches up with the fact there hasn’t been as much light for the past month and we start to climatologically cool. Of course those are just averages; it can be very hot in late in June or very cold in late December.
The word solstice is from the Latin solstitium from sol (sun) and stitium (to stop), because it appears the sun stops at the solstice. The official time of the solsitce is 6:51 EDT tomorrow. The length of time between sunrise and sunset will increase one second between today and tomorrow and then decrease by 2 seconds on Sunday. I don’t think even I will notice that.
Our sunsets stay at 8:25 through the first few days of July, but the sunrises will begin becoming later immediately after the solstice. The speed at which we lose daylight is very slow at first, but speeds up each day. By the time we get to July 7th we are losing a minute a day and by the end of July just over 2 minute of daylight disappears with each passing day.
You can follow me on Twitter @growingwisdom.
Follow @growingwisdom

So summer arrives tomorrow, but the birds have already raised at least one set of young, the trees have done most of their growing for the season, more plants are done flowers than have yet to flower and the amount of daylight now begins declining. Yes, it’s summer but for Mother Nature most of the good stuff is done for the season. I can’t of course end on that depressing note. Summer is here! Vacations, time away from school, warm lazy days, sunsets post 8PM for many more weeks, barbeques, going to camp, swims in the ocean, lake or pool, golf, reading a great trashy novel, spending time with friends and no yellow school busses to slow down the morning commute. Enjoy! 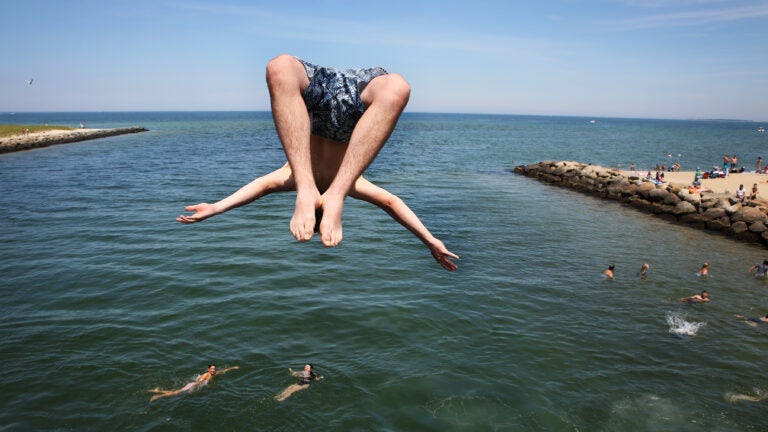