Out latest stretch of nice weather is coming to an end, but a full day of rain isn’t in the cards. There are two major mechanisms that will be bringing our rainfall the next days.

The first, today, is a warm front moving steadily northward. This front is going to usher in more humid air and a lot of cloudiness. The showers will be fairly numerous during the middle part of the day before we get a lull in the action.

As the front passes north and the region remains in the tropical air mass more storms could crop up later in the day. Anytime we are in tropical air it only takes a small amount of lift to produce the storms. The Storm Prediction Center has northern New England in a risk for thunderstorms with southern New England in a slight risk some of those storms could be severe. This doesn’t mean Maine or New Hampshire won’t see severe weather, it just shows the risk is quite low.

This map shows where the risk of storms is highest.
After the sun sets this evening, the threat of showers and thunderstorms will diminish.

The night will be warm and muggy with lows in the 60s to near 70. Once again air conditioners will be humming to take some of the edge of a sticky night.

Tomorrow my forecasting attention turns west as a cold front marches eastward. This front will bring a renewed risk of showers and storms, again some of which could become strong to severe.

This doesn’t mean tomorrow is a washout. I am going to use the NAM model for illustrating the showers tomorrow. This model isn’t particularly great at the exact timing of the showers, but can give an idea of rainfall potential.

The first radar prediction is for Monday morning just before the morning commute. There is forecast to be a band of showers moving north at this time. This shower band will move into Maine during the morning.

I think there will be a lull in any shower activity until the second part of the day when a front helps build more showers and storms. These storms once again could be strong to severe. This map shows where the storms are forecast later in the afternoon Monday.

Rainfall will be heaviest north of the Massachusetts turnpike where an inch or more of rain could fall between today and late Monday evening. Less rain is forecast to the south. Areas west and south of Boston could use some rain as the last system entirely missed that area.

If this week is your vacation week you’re probably wondering when the sun will return and we can take out the risk of showers. The good news is the boundary between the dry and humid air will align itself north to south in the Atlantic. The front should be far enough east to allow sunshine and dry air to dominate the rest of the week. Highs Wednesday through Friday will be in the upper 70s and lower 80s, about average for the last few days of July, but certainly very far from record highs which are well into the 90s to near 100F.

The only thing that could spoil the forecast for the second half of the week is if the front remained a bit closer to the coastline. This would keep more clouds and the risk of showers mostly east of Interstate 95, but presently I’ll keep it dry.

This coming weekend begins the month of August. While temperatures will be on the rise, I still don’t see any prolonged heat in the forecast. The deeper into the 8th month we go, our risk of heat waves continues to decline. If you are not a fan of heat and humidity, this has certainly been a good summer. 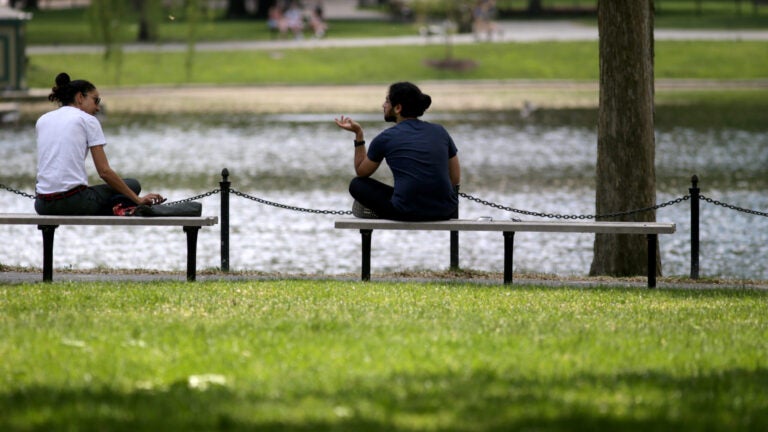