The clear skies of the past couple of nights and the next two would seem to make for ideal viewing for annual Perseid meteor shower. However, this year we have another problem, the moon. The meteor shower will peak on the 12th and the 13th, but you have already been able to see them for nearly 2 weeks. The show will last through the third week of the month.

The map below shows where it will be clear tomorrow night and who will have clouds. You can follow my weather updates on Twitter @growingwisdom. Please send me any meteor reports too!

The meteors of the Perseid’s don’t go from zero one night to 100 the next, rather they continually increase over the course of a month from late July to late August. This year, during the height of the meteor shower, we will have a full moon. The moon is going to be getting its own press, because this month’s full moon occurs when the moon itself is closest to our planet.

Full Moon Sunday
The moon’s orbit isn’t circular so there are times during the year when it’s closer to Earth than others. This year, perigee as it’s called, will occur just when the moon is full. At perigee, the moon is around 222,000 miles from Earth and at apogee(its furthest point) the moon is around 252,657 miles away.

The term “supermoon” is a bit silly. Astrophysicist Neil deGrasse Tyson said recently on “StarTalk Radio, “The supermoon is a 16-inch pizza compared with a 15-inch pizza.” I feel the same way, while it gives the nightly news something to end their newscasts with, it’s no big deal.

The chart below shows how the light of the moon will be decreasing over the coming weeks. The next time we have a clear night, as long as it’s before the end of the month there is a good chance you will still be able to see the meteors without as much moonlight. The times are for places along the east coast. Your local area will differ.

Where and how to see them
If you do want to view the meteors the best time is a few hours before dawn. However, as early as 10PM you can likely start seeing some meteors. Lie flat on your back with your feet pointed northeast and be patient. Meteors tend to come in clusters, so you might go 10 or 20 minutes without seeing any and then see several in a row.

Why So Predictable?
The reason we see these meteors every year in such a predictable manner is because the Earth crosses the orbital path of Comet Swift-Tuttle. The comet is the owner of the Perseid meteor shower. Debris from this comet litters the comet’s orbit, but we don’t really get into the meat of the comet rubble until after the first week of August. What you are seeing are small fragments from Comet Swift-Tuttle hurl into the Earth’s upper atmosphere at some 210,000 kilometers (130,000 miles) per hour, lighting up the nighttime with fast-moving Perseid meteors. Since the exact density of the rubble isn’t predictable some years are better than others with elevated numbers of meteors. There have been years where the number of meteors has exceeded 100 per hour!

The orbit of the Comet Swift-Tuttle is extremely oblong around the sun. The comet journey takes it from a point closet to the sun, and inside the orbit of Earth to as far away as outside the orbit of Pluto. This is when it’s farthest from the sun. The total time for this to take place is a whopping 133 years. As the comet, a dirty snowball of space rocks and debris gets close to the sun it warms and softens up the ices in the comet. As this happens fragments of fresh material get released into the tail of the comet and those pieces are what we will eventually see streaming across the summer night sky. Comet Swift-Tuttle last reached perihelion or the closest point to the sun back in December 1992 and will do so next in July 2126. You won’t be around to see it, but your great grandchildren will likely read about it on their Google glasses or embedded brain chip or something. 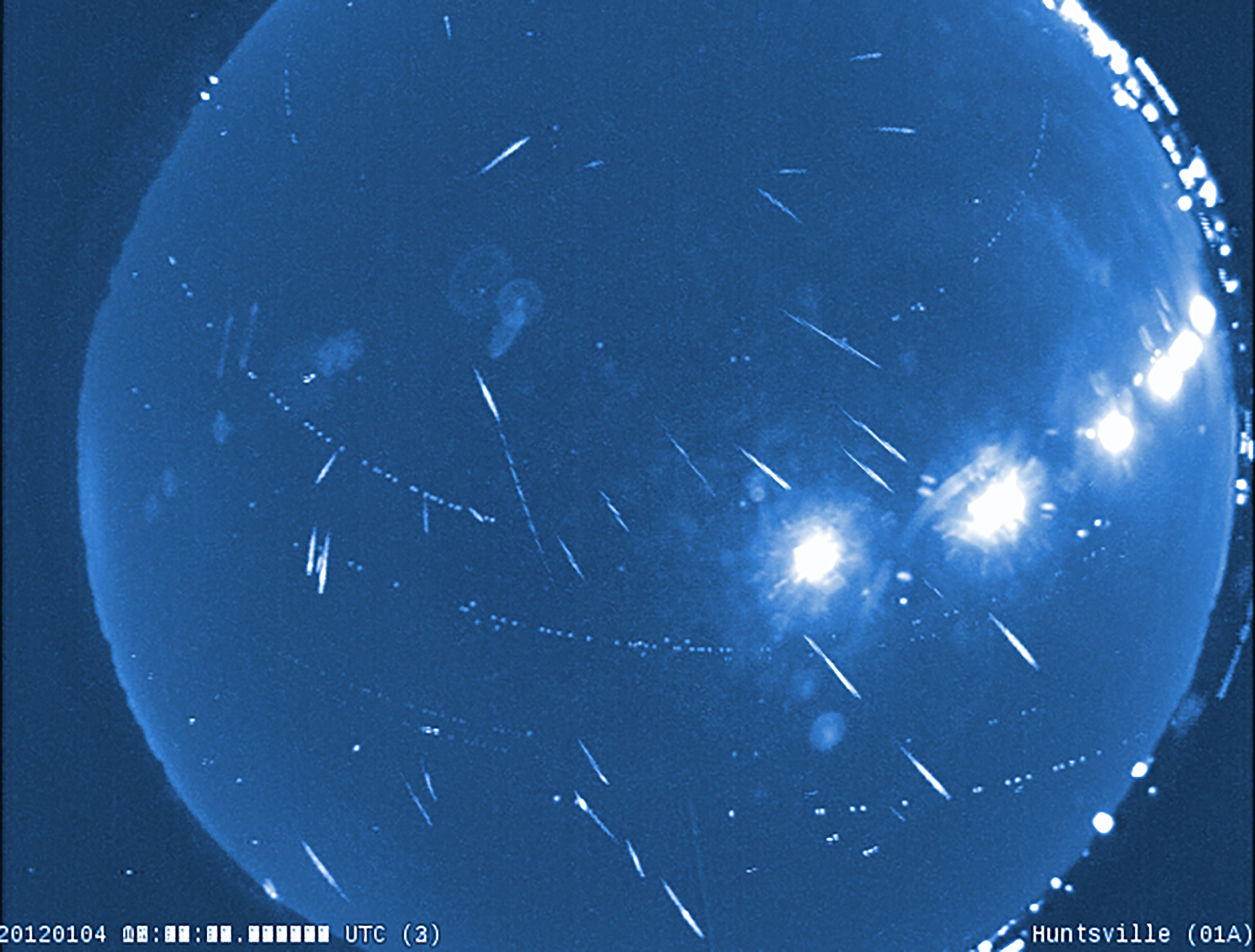