This will be the week that millions of people remember for the big rain. I write millions because from Detroit, Michigan to Islip, New York to Portland, Maine rainfall records were set this week and some of the numbers were historical.

Meteorologically, the most of us receive this time of year comes from thunderstorms. Unless there is a tropical system, which can carry a tremendous amount of moisture and spread that moisture over a wide range, summer rains are very hit or miss.

This summer, particularly these first two weeks of August, has been notably cool and ironically it’s the coolness, not the heat that aided in the record rainfall amounts this week.

Flash back to Monday when a strong low pressure system was developing back through the Great Lakes. This storms was quite powerful for the time of year, feeding on a stronger than average jet stream. The reason the jet stream was so strong was because of a large temperature gradient. Usually in the first half of August most of the lower 48, are either warm or hot. However, we have seen unusually cool air continue to penetrate the country really since January. Cool dry air is heavier than warm moist air and as such, when the two collide, the warm air goes up and over the cool. As the warm air is rising the moisture is able to condense and form trillions of raindrops which eventually fall back to earth.

Detroit saw record rainfall and record flooding at the beginning of the week. 4.57 inches of rain fell at the Detroit airport on Monday, and reports of over four inches of rain were widespread. The 5.13 inches in Macomb, Michigan and 6.39 inches in Shelby Township where some of the higher totals. The flooding there wasn’t limited to just one roadway, much of the highway system around Detroit had water issues.

Next this storm took aim at the mid-Atlantic region. The Washington, DC area and Baltimore were hit will record rains. Flash flooding and flooding emergencies continued. Baltimore shattered it’s daily record for August 12th with 6.28 inches of rain, the previous record, back in 1955 was 4.91 inches of rain. Tuesday went into the record books as the second wettest calendar day ever in Baltimore. The two radar images below show the concentration of heavy rain around the Baltimore areas on Tuesday. This looks very similar to the way a snowfall map might look in winter.

By Wednesday the storm moved north and set its sites on New York and New England.

Think about that for a moment. In all the weather records we have in New York, since the 1800’s, August 12th’s rain storm, not even a tropical system, brought the most amount of rain ever seen in a day. What might be just as interesting is the former record had only been there a few years. The previous record during a 24-hour period — 11.6 inches — was measured near Tarrytown in Westchester County during Tropical Storm Irene in 2011.

The storm then moved further north leaves a wide swath of rain of one to three inch amounts, but several areas across Southern New England, especially western areas, did see rain totals of 4 to 5 inches.

Portland, Maine would see most of its rain fall late in the evening on the 13th as a frontal boundary of warm tropical air collided with cooler, but moist air over the area. The amount of rain through 9PM wasn’t that impressive but when over 4 inches fell in two hours, it would leave Maine’s largest city figuratively and literally in places under water. The 6.44 inches of rain that fell over 24 hours was the 5th greatest such event, but biggest non-tropical rain event in 24 hours ever recorded.

We tend to like make meaning from these big weather events. I’m not sure we can draw any conclusions from this one storm. However, it’s important to notice what occurs, record the statistics and try to make conclusions as we continue to collect data enabling meteorologist and climatologist to analyze trends and patterns.

Had this been a typical August week with widespread heat and humidity I’m not so sure this storm could have ever formed, but then again the weather is never typical. 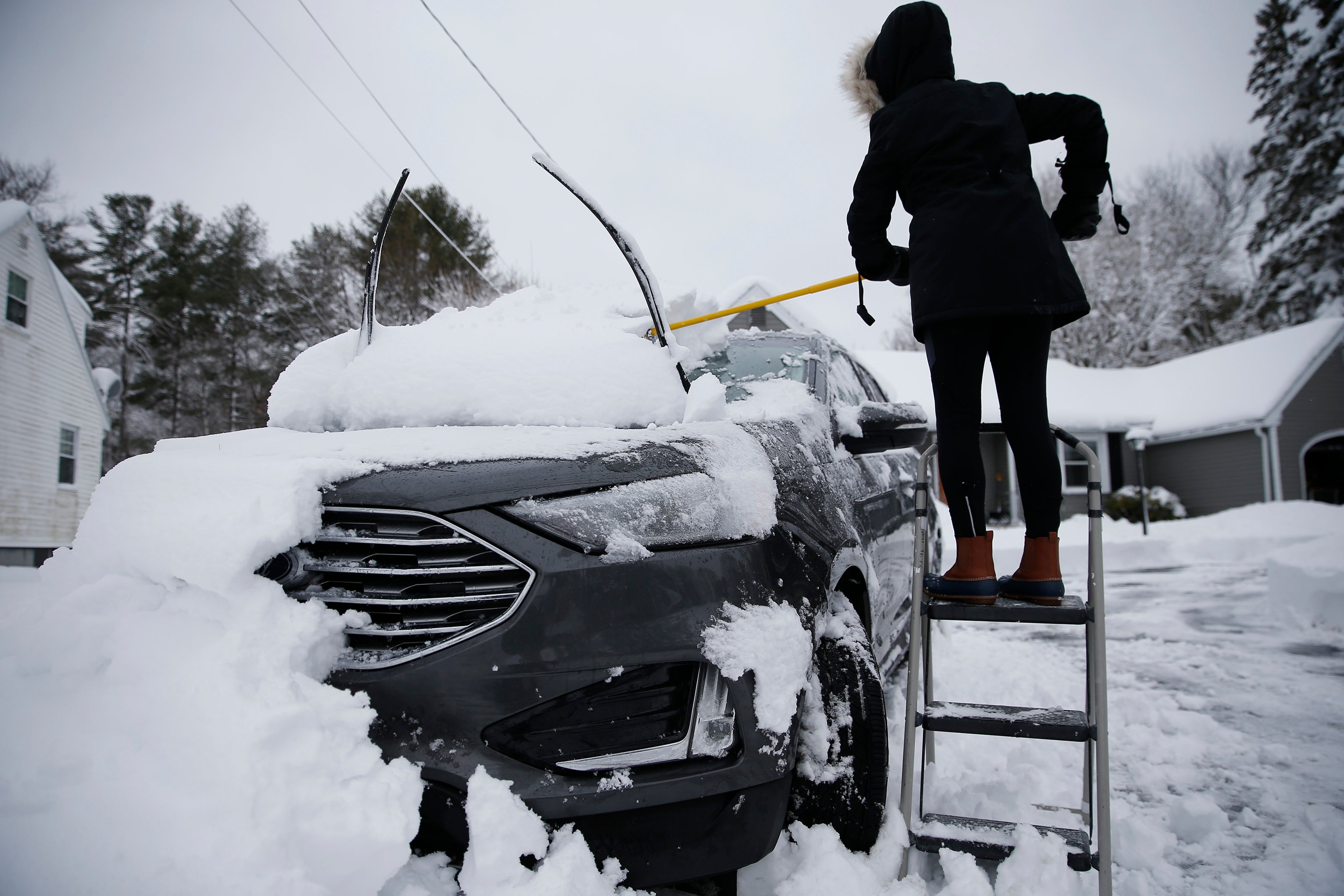