Showers and some thunderstorms are moving northeast as of the end of the morning commute. The radar below shows a fairly large batch of showers poised to exit the coast off Plymouth County. Over the next hour most of the rain will be done. Sunshine becomes the dominant weather feature from late morning through the afternoon.

Earlier Blog
A wet morning with numerous showers and thunderstorms as a very vigorous system moves through the region during the next few hours. Already we have seen some severe thunderstorms over the western part of southern New England and as these storms move eastward they could bring some severe weather to southeastern Massachusetts.

The atmosphere has some ingredients for the possibility, though small of a spin-up tornado. I only mention this because the chances are not zero, not to be alarmist. There are no tornado watches or warnings as I write, but there is a lot of wind in the atmosphere this morning. The wind changes direction as you go up higher off the ground and this change, called shear is one piece we need for tornadoes. The strongest of the storms and heaviest downpours will be south of Boston and over Cape Cod. If a tornado did occur it would be small brief and likely not cause much damage. There could even be a waterspout off Cape Cod or southeastern Massachusetts.

The radar loop below is from about 6AM. Notice how there is breaks between the shower areas. The red and orange colors are the heaviest rain and possible thunderstorms.

Downpours and gusty winds are the real problem from this system along with the timing of it. The storms move through during the morning commute and although it won’t rain all the time, when it does the rain will come down quite hard reducing visibility and creating some big puddles.

The rain ends by 10AM, with the heaviest of the storms over an hour or two before. Rapid clearing will take place by this afternoon with sunshine, gusty winds and a continuation of the warm air.

Colder conditions move in overnight with readings back into the 40s for Thursday morning. Sunshine will be plentiful along with a continuation of a busy breeze. Highs reach the lower 60s. Friday is dry along with sunshine and readings in the lower to middle 60s.

The next weather challenge comes Friday night into Saturday morning when another system threatens from the south. The exact location and strength of this system will determine how much, if any, rain you see and how far north the rain shield progresses. Sunday appears to be the best of the three day weekend with a chance more clouds and even late day showers return for Monday.

In order to have a nice weekend, we are going to have to tread the needle pretty carefully between weather systems. 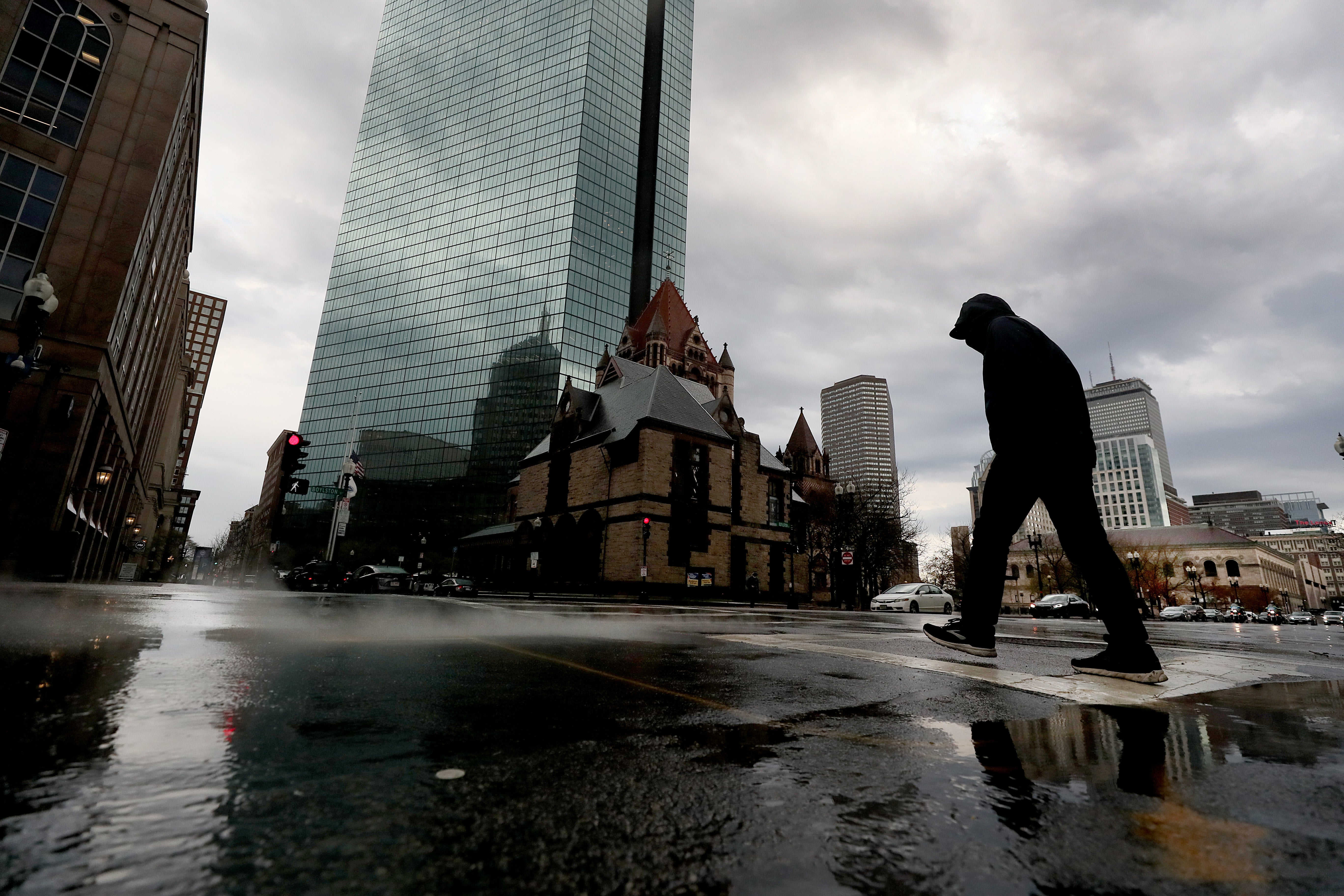