Now that many of us in New England have seen our first snowflakes it’s a good time to turn our attention to what the overall winter might bring. If the major snowstorm in eastern and northern Maine is any indication, this is going to be a very rough winter. Yet, before you get nervous or excited, early snows do not necessarily foretell a severe winter. Some would argue early snow is an indication of exactly the opposite.

Weather Crystal Ball
Winter predictions are big business. For some meteorologists, especially those who have commercial clients, they charge a lot of money to make a forecast months in advance. Commodities traders, the energy industry and the ski industry for example use long range forecasts to help budget. Local and state governments also hire meteorologist to help determine how much road melting products might be needed for an upcoming season.

When forecasters make their predictions for winter they are looking at numerous variables that can interact with one another in order to give an outlook for winter. Here is a partial list of what meteorologist look to as they make long-range predictions.

Some of these patterns are teleconnected to each other or put another way as one goes up the other goes down or becomes more or less prominent. For example, the image below shows how storminess in the tropical Pacific might impact the west coast days later.

The Past Helps Determine The Future
One of the many techniques the folks over at Weatherbell Analytics use to make their long-term forecasts is to look at the state of various atmospheric variables this year, such as those above, and look back to see what happened in similar years. Since no year is exactly the same, this method has its limitations, but does work fairly well to understand the overall pattern.

Weatherbell and others are looking at the winters of 1958,1968, 1976,1986, 1993, 2003, 2009 as some of the analog years to help predict our upcoming winter. Remember, we focus on New England, but the planet doesn’t know borders. This may end up a very cold winter overall as predicted by many, but a pocket of warm air in New England keeps us from realizing it (that’s not a forecast).

Weatherbell’s official forecast has a cold and snowy winter for much of the country including New England. You can see their forecast below. As a point of information, they did a great job predicting last winter. I would say they do have a cold bias as well.

Other outlets also show a cold and snowy winter for the eastern half of the United States and warmer and drier for the western part of the USA.

I put several other predictions below including the National Weather Service and the Farmer’s Almanac.

The majority of winter forecasts have the east cold and snowy. Even the National Weather Service which has a chance of milder conditions over the northeast, doesn’t say how much warmer . We could average slightly above normal in terms of temperatures and still have what would be perceived as a very harsh winter. NOAA tends to have a warm bias.

Accuweather is looking at a very active winter for millions.

Snow Early North, Big Cold South Later
Another factor being looked at is how much snow is on the ground in the area of Siberia in October and early November. Forecasters like Judah Cohen from MIT have a seen a strong correlation between the extent of fall snow cover in this region and the impacts on our winter in the United States. This year, the snow extent at the end of October was higher than we have seen in decades.

My Thoughts
If New England does have another snowy winter this will be our 4th above average winter snowfall in the past 5 years and would be similar to a pattern between 1992 and 1997 when we experienced 4 of 5 higher than average snowfall seasons. That 5 year period in the 1990s was Boston’s largest deviation from average snowfall recorded.

The low year saw 14.9 inches or about 30 inches below normal, while the average of the high years was over 100% above normal. I mention this because usually the atmosphere has a way, over time of returning itself to average. I won’t put a number on snowfall in Boston. The reality is one storm with a rain/snow line slightly inland or further east can change final numbers by a wide margin. I do think southern New England is in store for a normal to above normal winter of snow. I think we are colder than normal for the start of winter, but we moderate earlier than we did last year when March was so cold.

We are already starting the season with an active storm track and with another storm this weekend, it’s clear the dry pattern of the fall is over. This year’s El Nino will be weak and therefore not as big of a factor as some forecasters would think. The image below shows typical correlations between weak El Nino years and winter.

This week, indications of a negative Arctic Oscillation developing are strong and if this did happen then cold air would likely spill into the northern part of the globe. I’ll be focused on this quite a bit in the next 5-10 days.

Next few weeks
As a big typhoon in the pacific sends energy north & east, it could eventually buckle the jet stream enough to bring more storminess to the eastern half of the United States sometime late in the second or early in the third week of this month. Many signs are pointing to early cold as well especially from now through just before Christmas.

It’s an active pattern folks and while we might not see the brunt of the cold this winter, it’s going to be anything but boring. Just remember, while there is certainly some great science behind all of these forecasts, the atmosphere can still teach us a lot. 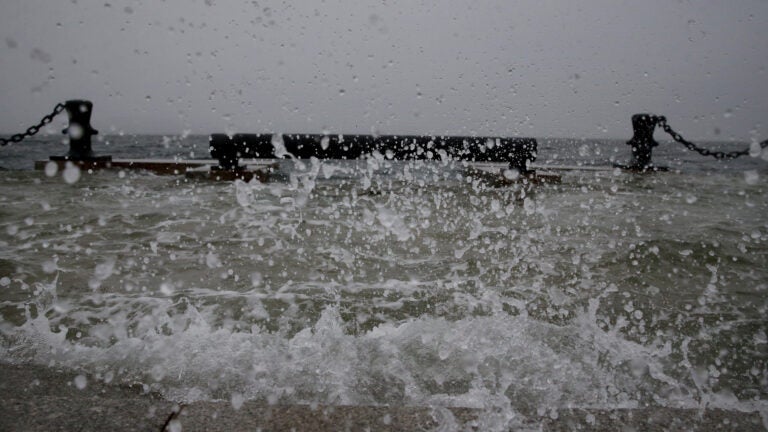