Welcome to December. If you are of a certain age you mostly likely feel like I do, each month goes faster than the previous one. Upon receiving my new calendar from various organizations I think, and didn’t I just get this?

I’ll continue on the morose side this morning for a bit. December is dark and has the least amount of possible daylight to the year. About 15 hours of the day is now dark. Our sunrises get a bit later every day this month starting just before 7AM and ending up at 7:13 AM by New Year’s Eve.

However, there is good news in the light department. The time of sunset actually is at its earliest on the 9th of the month. The reason this doesn’t coincide with the winter solstice on the 21st is because of the shape of the Earth, its orbit around and sun and where we sit in the time zone. By the time we get to New Year’s Eve, the sun will be setting about 10 minutes later than it did three weeks earlier.

On average high temperatures continue to fall this month from the mid-40s to the mid-30s. At night 20s and eventually teens become more common. The ground tends to freeze up this month for the winter. You can still plant bulbs by the way if you can get into the ground.

A white Christmas isn’t likely, but you can still hope it happens. The map below gives the average number of times at least an inch of snow is on the ground Christmas morning. In Boston, it’s around 1 out of every 4 years, but much higher in the Berkshires and northern sections of New England.

December Preview
November was a cold and snowy month as compared to average. Temperatures were over 2 degrees below average and the 2.6 inches of snow at Logan Airport was also above seasonal norms. Many places away from the coast and up north saw much more snow. Bangor, Maine recorded its snowiest November on record with nearly 26 inches of snow, a lot for any month of any winter.

The atmosphere will likely take somewhat of a break this month. I don’t think it’s going to be beach weather, but on average New England will be closer to what you’d expect for December or even a bit milder.

One of the long range models has the entire country warmer than normal. The image below courtesy of WeatherBell Analytics show a very mild twelfth month. This same model did the same thing for November and we know how reliable a forecast that turned out. However, there are other signs of a more typical December without as many arctic outbreaks.

This Week’s Weather
The next few days feature more roller coaster like temperatures. Today is warm, tomorrow is cold and Wednesday is mild again. I don’t see any major snowstorms this week, although there could be some snow or ice late tomorrow night inland as the cold air departs and the mild air returns for Wednesday.

The two maps below show how quickly the cold departs between Tuesday and Wednesday.

Right now, snowfall appears limited to northern New England as the GFS map of total snow through the 9th indicates. This map isn’t useful for when the snow falls, but it does give an idea of how much new snow might fall in the next 7 to 9 days. The small amount you see over southern New England is what falls tomorrow night.

The average amount of snow for this month ranges from 9 inches in Boston to over a foot west of the Route 495 belt. However, most years either have a lot of snow or very little. The average is made up of the extremes we experience here in New England. 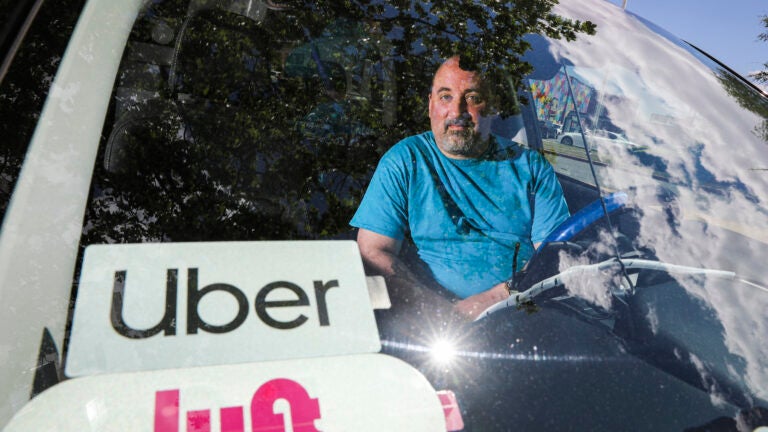