Lots of you know about or ask about the computer models we use to forecast. Let’s do a quick primer about them. This will help understand part of the reason why you can hear so many different forecasts in such a short period of time.

Most of the computer models forecasters use to make a 3 day forecast are update once to as many as four times each day. The big updates to the models arrive between 9PM and 1AM and again 9AM to 1PM. It’s in these 4 hour windows we are getting a lot of new information from all over the world.

This means the forecast can change dramatically with each new update cycle. Therefore, what you hear at 11PM on the evening news can be very different from an earlier forecast. The early morning forecast is based on the previous nights data while the afternoon forecast is based on the data that just arrived. This is one reason the National Weather Service does their biggest updates at about 4 AM and 4 PM, they are waiting for all the data to arrive and be able to evaluate it.

Day To Day Changes
Big swings, in the forecast, occur in the 3-5 day period before a weather event. The closer we are to a storm hitting, the less the forecast usually changes. Once you get to about 24 hours before significant weather, the details of what’s to come should be fairly specific and the confidence in the forecast at 85% or higher.

Those changes occurring to a forecast in the hours just before the start of a storm or even during the event, are usually around timing, specific precipitation patterns and rain-snow lines.

Tonight, I am reviewing two chances of snow in the forecast. The first comes tomorrow afternoon and early evening as a weak weather system crosses the area. All the models agree this is a small precipitation maker and while some snow might slow the evening commute, there’s a significant chance it’s so small it’s more of a nuisance. I expect a coating to a couple of inches of snow to fall Thursday late in the afternoon into Thursday evening. Over Cape Cod there could be up to 3 inches, but again not a big storm.

Before the next chance of a major snowstorm arrives later Saturday we have a very cold air mass to get through Friday. Highs on that day will range from 10-15F and then will fall below zero across a wide area by Saturday morning. Saturday is also cold with snow arriving in the afternoon or evening.

If the storm reaches its fullest potential we are looking at another major snow event with high winds, potential coastal flooding and beach erosion as well as 6-12 inches of snow with 18 inch amounts not impossible over eastern areas especially north of Boston. That’s if the storm reaches full potential.

More Heavy Snow
The European model has been handling these nor’easter better and there is widespread agreement in the various versions of this model another snowstorm is going to hit the area this weekend. You can see in the tweet below from @ryanmaue all the different little spots the storm could be Sunday morning.

I blew up the image under the tweet. All those L’s are the predicted position of the storm. While they do agree on the general location, the exact placement matters.

A storm that develops further north or east from roughly 40 degree north latitude and 70 degrees west longitude will have less impact on southern New England and more impact on the Maine coast.

Any snow we see will end Sunday in the afternoon or evening. The snow will be very light and therefore power outages won’t be an issue, unless you live on Cape Cod where winds could be strong enough. The word blizzard has already been thrown around by some forecasters. Remember, a blizzard is a visibility condition and doesn’t tell you anything about snow amounts, so don’t panic at the word.

It’s early in the forecast game for Sunday and a lot can change. This entire system could even intensify too far away and spare the region its full fury, although that chance is shrinking. The next version of the European model arrives while most of us are sleeping, but I’ll be sure to give you an update in morning. 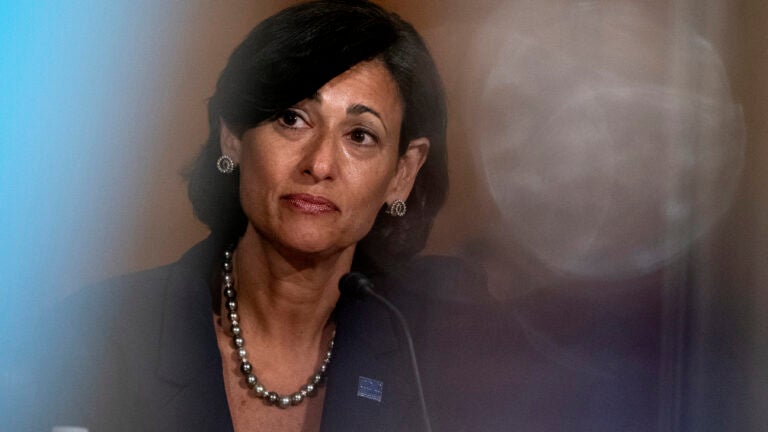