Evening Update
As of 8PM rain, and even some sleet have moved into the area. Temperatures will remain steady or even rise late tonight.

Afternoon Blog
It’s a mild and sunny afternoon and although clouds will be increasing, it’s a welcome change from the cold of earlier this week. As you may have figured out, I was on vacation and arrived back in Boston late last night. I think I needed a break from work more this year than usual. The cold, the snow, the inability to even begin to work on the yard, all combined to make the vacation much more desirable and enjoyable. I have seen spring, and it does exist.

Unfortunately, we only lost about 3-4 inches of snow during the time I was gone, leaving 16 inches of snow in the backyard and closer to 24 still in the front. Since the snow from the snowblower ends up on the front yard, and it’s in the shade, it’s one of the last places to reveal the ground. I think I have another 10 days to go.

On the positive side, you have likely noticed the snowbanks continuing to pull back from the side of the road, as even on cold days, the blacktop heats up enough to melt the nearby snow.

A review of the temperatures over the few days indicates a steady melting of the snow is likely. There should be a 5-9 inch loss of snowcover across the area by the end of the weekend. This will of course expose more and more ground, but for those of you with 10-20 inches of snow still on the level, you are going to need to have a bit more patience. I’m not going to attempt to estimate the final departure date of the big snowbanks.

The cold of the past week makes it difficult to imagine exactly where temperatures would be in a more typical year. Here in New England, we often have extremes during March and April, so average isn’t so easy to come by. This year, March is going to end up a significantly colder than average. It will be one of the coldest in the Logan Airport record keeping era ending up in the top 10 since 1872.

In most years, most days would be in the 40s to lower 50s. The chart below shows the range of temperatures most typical for March 25th. Today we will actually be on the higher side of the curve, but this isn’t somewhere we are accustomed to this spring.

A mild rain event over the next day should further push the region closer to feeling like spring. As the water penetrates the snowpack it’s going to help break up the frost in the ground and allow some of the early bulbs and perennials to start growing.

The rain will come in several waves or pieces, but could end as a bit of mixed rain and snow in places early Friday as colder air moves bac k in for the weekend.

There won’t be enough rain for flooding issues, however some big puddles are likely.
The long-range outlook keeps the area colder than average for the beginning of April.

The chart below shows how temperatures increase during April. The good news, even if we are 5 degrees below average, it’s still going to be in the 50s for most of the month.

These outlooks forecast general trends of temperature, but do give a good sense of the pattern. Notice the northeast remain colder than you’d expect for late March and early April for the next two weeks. It continues to be a very slow crawl out of winter. 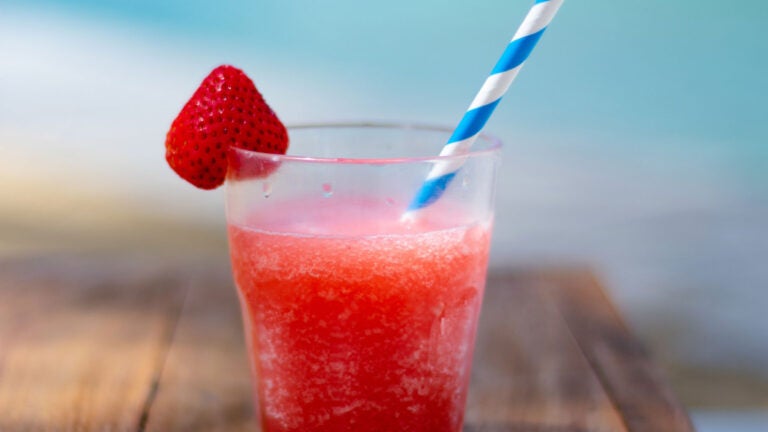 Looking for a frozen treat? Try this strawberry daiquiri recipe.