For many of you, Thursday is the new Friday, at least for much of the summer. Since this is the case I try to give you an idea of the weekend early, but you should know that the risk is the forecast can change.

Lots of folks head to Cape Cod in the summer and this weekend, no matter how the forecast pans out, that part of the area will have the coolest weather and most clouds.
The Saturday and Sunday forecast hinges upon the exact track of a coastal storm. This system is currently moving towards the Atlantic Coastline and will eventually make the turn northward along the coast. If the system stays far enough offshore, which is most likely right now, the bulk of any shower activity will miss the region. I generally expect a nice weekend, though on the cool side.

When I look at the amount of rain forecast to fall into early next week there is a strong gradient of precipitation along the coast. If the system changes track it would push this gradient further east or west depending on the change.

The images below track the storm based on the GFS model as I was writing this. There will be updates to the track of this system later today and Friday.

Before we get to the official weekend, we do have today and tomorrow. Both days look fantastic with plenty of sunshine and pleasantly warm readings. Highs will stay just shy of 80 degrees today and a bit cooler on Friday.

I do think there will be some cloud increase tomorrow, but not enough to call it anything worse than mostly or partly sunny.

The weekend should end up with a blend of clouds and sunshine, especially Sunday as that storm passes out to sea. There could be a period of showers over Cape Cod Saturday evening, but let’s wait for another model run or two to see if this materializes.

You might notice how cool, relatively speaking, it is going to be this weekend. This could prompt you to ask, is summer going to end early? I’ve been showing you the long-range forecast for August for several weeks. It continues to show an overall trend towards a cooler than average month. Remember, a cool August is still a warm month.

One of the models I use definitely indicates a cooler than average month, with much of the cool air centered over the Ohio Valley. Remember, a cool month on average can still have several days of heat, but unless something radically changes any heat that does occur won’ t last very long.

Lastly, we are getting closer and closer to the more active period of tropical activity. El Nino years tend to be low years for tropical development in the Atlantic and higher than average activity in parts of the Pacific. There are no tropical systems forecast to become organized over the next few days and this should last through much of the upcoming week. 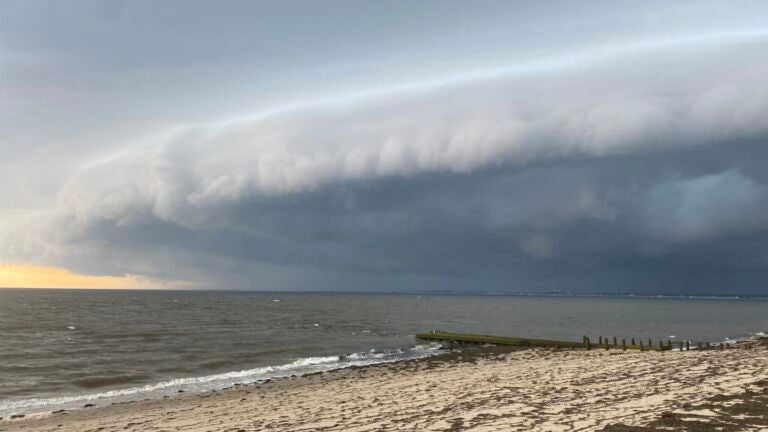