I decided to come inside and write a blog because even though the humidity isn’t oppressive, the 90 degree heat was getting to me.

Back in 1881, the mercury rose to a stifling 102 degrees in Boston for the hottest temperature in the record books during the month of September. This was also one of the hottest days ever in Boston.

Typically our highs would be in the 70s closing out the first week of September, during a cool year we might stay in the 60s while other warmer years would reach the 80s. Today marks only the 5th time since records began in Boston we have reached 90 degrees on September 7th.

Heat Wave Number 2
Having already eclipsed the 90 mark, it’s almost a sure bet we are beginning a 3 day heat wave. Remember, heat waves are 3 days or more in a row when the high temperature reaches at least 90 degrees. Tomorrow and Wednesday are even hotter and as the humidity slowly climbs the heat indices could get near 100 degrees for a few hours either or both days.

The map below shows highs in the mid-90s tomorrow. This would be the 9th time Boston has reached 90 on the 8th of September. The record for tomorrow is 95 and there is a chance would could tie that record.

Another 90 degree day on Wednesday will make it an official heat wave. There are only 3 days where it’s reached 90 on the 9th and this year should make 4. The record Wednesday is 91 and we would likely set a new record.

Showers
The heat, but not the humidity will break on Thursday as highs remain in the 80s. For the Patriots home opener there is the chance for some showers, but it does appear most of them will stay to the west of Foxborough until after the game is over. If the front speeds up a bit then there could be some showers, but it won’t be cool at all.

Eventually a cold front will cross southern New England and push the humidity out to sea. I would estimate Friday is the transitional day between the humidity and the dry air. This means next weekend is looking rather pleasant with seasonably warm temperatures.

The final map I want to show you looks at temperatures today through the third week of October, a 45 day period. It gives the predicted average anomaly of temperature. An anomaly means how much above or below the average something is. This February for example, we had our largest negative anomaly for temperatures in most areas. For the early fall, the map clearly shows above average temperatures across the northeast corner of the country. While this doesn’t mean there won’t be any cold air during this period, if it verifies, it means a very warm rest of this month and much of next.

Tropical Weather
Tropical storm Grace is out at sea moving west. The reason you probably haven’t heard very much about this storm is that it is forecast to weaken as it moves closer the Caribbean. El Nino years are typically low activity ones for Atlantic storms and this year is so far proving this to be the case. 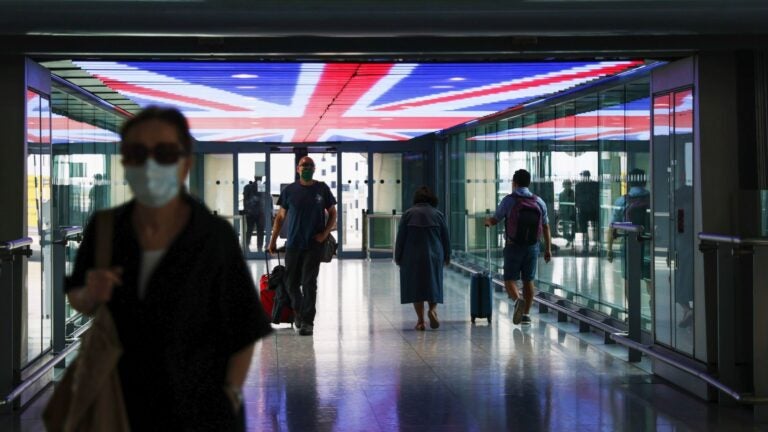 Something strange is happening in Britain. COVID cases are plummeting instead of soaring.