The New Year is barely underway, and we already have our first star gazing show. The Quadrantid meteor shower will take place between midnight and 4 a.m. on Monday, January 4, and can produce as many meteors as some of the bigger shows such as the Perseids.

The weather is the most important thing for viewing these phenomena, and I would rate the weather for Monday’s shower a 7 out of 10. The reason for the less-than-perfect conditions will be some possible cloud cover and arctic air funneling into New England.

The cold won’t be too pronounced, but it will be chilly. You’ll definitely want to bundle up if you are headed out to view the meteors.

This the first meteor shower of the year, and the next one won’t occur until April 21-22 when the Lyrids are in display.

According to SpaceWeather.com, the source of the Quadrantid meteor shower was unknown until December 2003. That year, Peter Jenniskens of the NASA Ames Research Center discovered the Quadrantid meteoroids come from an “asteroid” named 203EH. This asteroid is likely a piece of a comet that broke apart some 500 years ago. The reason we see the shooting stars is because Earth intersects the debris of this asteroid. The angle at which our planet passes through the debris is such the meteors only last a few short hours. I would advise either checking it out around midnight before you go to bed—or get up early and take a peek at 3:30 or 4 a.m.

This isn’t a very well publicized meteor shower because it occurs in January when it’s often cold and stormy across much of the northern hemisphere. Remember, these aren’t really shooting stars, but small grains of debris burning up in the Earth’s atmosphere well before hitting the ground.

Planetary show
Another celestial show worth looking at is in the morning sky. Venus and Saturn are both giving the area a nice display this week.

Moonlight shouldn’t be a factor for any of these things. The moon, which was full on Christmas for the first time since 1977, is in a waning mode meaning it’s appearing smaller. The second week of January, if there are clear skies, should provide some great stargazing opportunities in general without any moonlight.

More daylight
Finally, the sunrises are going to begin to get earlier on Wednesday. We’ve already gained 10 minutes of light at the back end of the day. Sunset this week creeps toward 4:30 p.m., and you will likely notice the afternoon light a bit more by early next week. Wednesday is also the first day we gain a minute of daylight this season. This number will more than double by the end of the month. 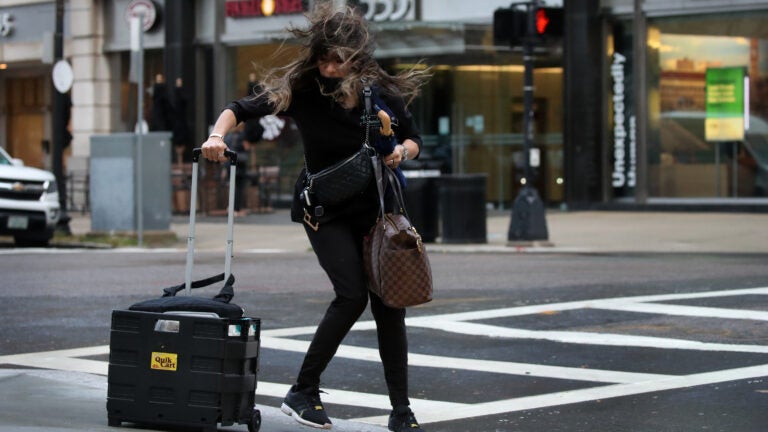