Dry, cold weather continues for the balance of the work week, but there is still the risk for a possible snowstorm this weekend.

But first, the cold: Tuesday will certainly feel like the coldest day of the winter so far, with highs only in the 20s and a gusty wind. When you combine the wind and the cold, the real feel temperatures will be in the single digits.

This cold isn’t even a little unusual; in fact, it’s more unusual we’ve seen so little of it this winter. However, as we all know, prolonged cold or major snow hasn’t materialized so far this winter.

The frigid air is right on schedule. The chart below shows we are at the bottom of the temperature curve. Beginning this weekend, there’s a small increase in average temperatures. Averages don’t always matter. The coldest days on record happened in February even though the coldest averages are this week.

The most bone-chilly temperature ever recorded in Boston is 18 below zero, a record that was set in February 1934. This was prior to the official records being moved to Logan Airport. This is significant because East Boston’s Logan Airport is a warmer location in winter than downtown Boston. At Logan, the temperature only has fallen under 10 below three times, the most recent, 12 below, in 1957. Even during 2015, the second coldest February on record, Boston only reached 3 below zero. Boston will likely not record a top five cold morning again until some monumental shift in climate occurs in some future century or millennium.

One of the reasons meteorologists use 30 years as the time period for calculating averages is because of a shifting climate. If we compared this week’s cold to what was typical 100 years ago, it would be even less noteworthy.

Since it is cold enough to snow, if a storm did reach southern New England in this pattern, it would likely bring snow not rain. You’ve likely already heard about the possible storm this weekend. The storm is presently just about to hit the West Coast, and, from there, it will travel across the country and make the turn up the coastline toward the mid-Atlantic and then impact New England.

All the models agree on a storm. The image below shows the position of the storm (L) on Saturday morning. The European model is for 12 hours later, but a similar pattern. If you have travel plans in the Virginia to New York corridor Friday and Saturday, the weather will likely impact travel and, for some areas, could be an historical type of storm.

It’s not as clear-cut for us here in southern New England. The storm could continue its journey north and impact all of us with a blockbuster storm, but it could also turn right, head out to sea, and only give us a glancing blow. A difference of a few hundred miles in the track of the storm will mean the difference between a coating of snow or a foot or more of snow.

It’s just impossible four days out to say where you will be in either of these scenarios, but I’ll have a clearer and clearer idea with each passing day and much more confidence by Wednesday afternoon.

I’ll be updating the storm forecast throughout the week on Twitter @growingwisdom. 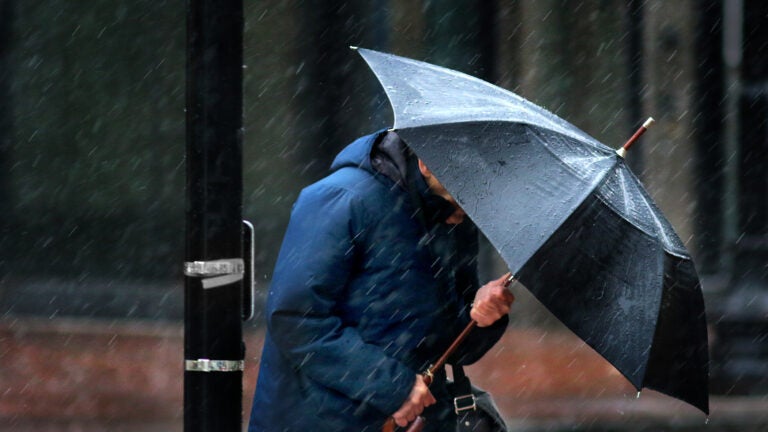