Mercury, Venus, Mars, Jupiter, and Saturn are aligning for the first time in over a decade.

Being outside won’t be very cold, especially now, when New England has no arctic air in sight. This creates a great (and comfortable!) opportunity to view a five-planet alignment that’s visible with the naked eye.

It’s best viewed from an area with darker skies and, if you live in the city of Boston or another area with a lot of light, not all five planets will be visible. But even in city lights, you can likely several of them if you can get a good view of the southeastern sky.

Venus is the brightest of the five planets, so it’s a good starting point. If you look to the left of Venus, lower in the sky and near the horizon, you can find Mercury. If you put your arm out and make a fist, Mercury should be about that distance from Venus.

To the right of Venus, you’ll find Saturn, Mars, and Jupiter, which is the highest and farthest from Mercury. A telescope isn’t necessary, but if you have one, you can view the rings of Saturn as well as its brighter moons.

The lineup spans more than 50 percent of the visible skyline.

When to look:
This is an early morning show, so your best bet is to head out before twilight on a morning when the forecast is clear. All five planets will basically appear as bright stars in the morning sky.

There are some tricks to seeing all five planets. The window to see Mercury, the lowest of the planets in the sky, is 30 to 60 minutes prior to sunrise, or from about 5:45 a.m. to 6:30 a.m. Sunrise is about 7 a.m. during the last day of January, and getting earlier.

Why it’s happening:
The reason is due to each planet’s orbit with respect to the Earth and the Sun, as depicted by the diagram below:

How long the show lasts:
The show will last through the third week of February, but the easiest and best days to view are from now until about February 5 or 6, when Mercury’s brightness is at its peak. The moon will also be flirting with some of the planets during the first week of February, which only adds to the show.

Of course, all of this is meaningless if we don’t have clear skies. Pay close attention to the overnight and early morning forecasts. If skies are clear, head out and enjoy the show.

If you miss it, your next chance to view Mercury, Venus, Mars, Jupiter, and Saturn in alignment is the summer of 2020.

How to impress your friends:
This is a great time to tell your kids (or your significant other, or yourself) that Galileo viewed these same celestial objects in 1609, around the time he discovered Jupiter’s four largest moons with his newly improved telescope. 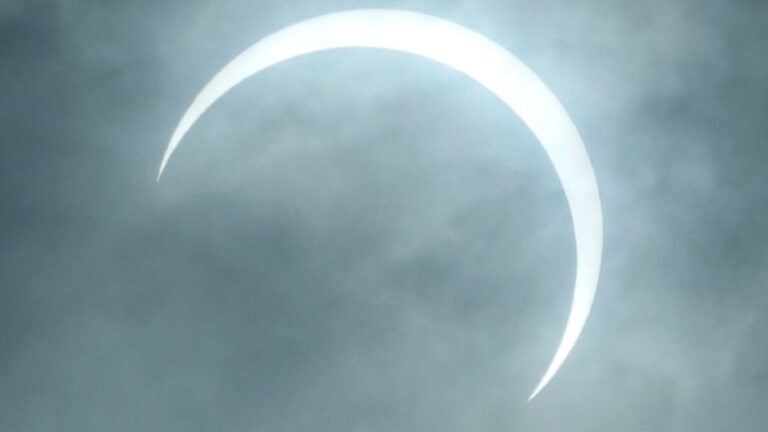