Winter is over. I am declaring a lack of a credible threat of snow and cold the rest of this month and into April.

Yes, I know there was a big snowstorm on April Fools’ Day in 1997, and it snowed the second week of May in 1977. If you want to hold out for the slim chance you’ll shovel again, have fun. I’m planting.

We’ve already reached the mid-70s in many areas, and the ground has warmed up to April or May-like temperatures very early. This added warmth starts feeding on itself and makes the return of cold weather even less likely.

This winter will be mostly remembered for what didn’t happen, not for what did. All fall, most of my fellow meteorologists were saying this wasn’t going to be a bad winter. However, some prognosticators said this would be even worse than last year or equally cold and snowy. I never felt that way.

For the WBZ snow contest, I predicted Logan Airport would receive 21 inches of snow. They are standing at about 25, and I’m happy with my forecast. Snowfall predictions aren’t often very accurate, and I’ll probably bust next year. I’ll allow myself a few moments of happiness with this one.

The warmth was well predicted. The National Weather Service and the Global Forecast System did a great job predicting the warmth in the Northeast. Month after month, the prediction for the upcoming 30 days was warmer than average, and this proved to be consistently true.

The 8-14 day outlook shows a huge mass of warmth here in the Northeast, another sign of winter just not being able to give us a final blast of snow and cold.

While snowfall has been below average this year, we’re not even close to record territory. It’s the lack of cold that’s most notable. With the exception of the cold Valentine’s Day weekend, we never had any extreme cold. Whenever the cold did arrive, it didn’t last long.

The upcoming pattern keeps all the cold air either out West or locked in Canada. It’s nearly impossible to see anything more than a day of cold with this type of jet stream. Snow is even less likely. It’s not impossible for something to happen the final week of March or into April, but the trend is your friend, and this trend indicates there won’t be any more snowstorms this season.

The chart below shows the date the final inch of snow fell at Logan Airport during the past couple of decades. Notice the average of this occurrence is March 17. This year, we’re done early, so take out the snow stakes, let the snow blower run dry, put the snow shovel in the back of the garage, and plant your peas. Spring is here. 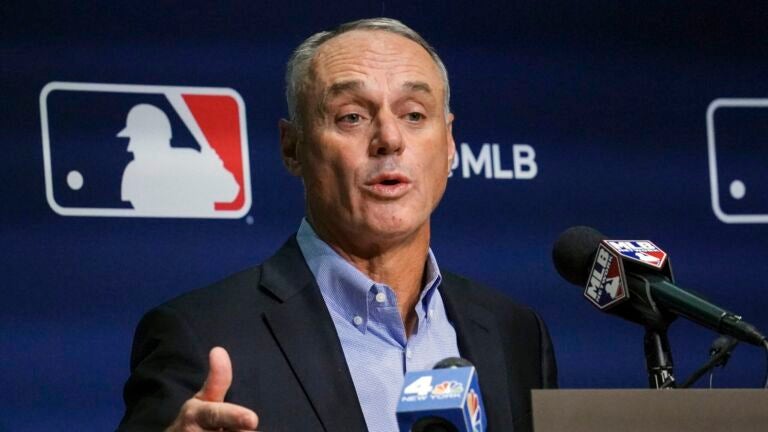