When I woke up this morning at 3:30 a.m to get ready for a fill-in gig at WBZ, I looked at the computer models, hoping the trend I’ve seen the past three days continued. It looked like good news for people who didn’t want a snow storm; the trend had continued, and the storm looked weaker and forecast to track further east. This boded well for little or no snow. I went with the forecast of missing most of the storm with only an inch or two. This may now prove to have been pushing it a bit too far out to sea. In other words, accumulating snow is more likely. The good news if you want spring on the first day of spring, this still won’t be a blockbuster snowstorm.

I tend to lean on model trend and consensus, all of which where pointing to almost a complete miss Sunday morning. However, this afternoon, new data, which had been forecasting less and less snow, (including our very reliable European model), has now moved the projected path of Monday’s storm further west. I am following suit and have added accumulating snow back into the forecast where I had earlier taken it out. Instead of Boston seeing a coating to an inch or two, we are looking at closer to the 3 to 6 inch range.

One of the reasons I’m reluctant to put out snow amounts days before a storm is because things change. There’s a saying in the weather biz that goes something like this, “the trend is your friend.” When the forecasting models are inching closer to a smaller or bigger storm, what actually happens usually follows that trend.

There can always be last minute shifts in the forecast, and until the storm passes by the area I won’t be totally comfortable with this one until it’s done.

Of course, I’m now feeling nervous about having emptied my snowblower and moved it to the back of the garage. Yes, I said winter was over 10 days ago, but it’s New England and late season snowstorms can still pop-up. Overall March will no doubt end up way above average in terms of temperature. This is but a brief blip in our early spring this year.

Snowstorms do pop-up this late in the season, although it’s quite rare to have more than 6 inches of snow this late at Logan Airport. 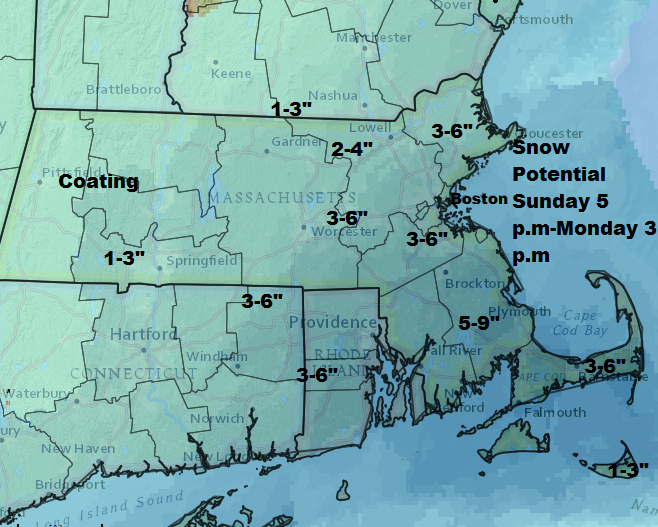 Still A Close Call
This is still a very tight call to make. There are several variables which must come together before Sunday night. I don’t expect this is going to turn into the foot of snow some were forecasting several days ago, but it won’t miss us altogether.

Spring is a volatile season in the atmosphere and the data meteorologist have come to rely so heavily upon still can’t accurately always get what the atmosphere is about to do.

Spring storms are notorious for creating power problems. There could be power outages and some tree damage especially in southeastern Massachusetts and Rhode Island, where you can expect wet, heavy snow. I would have a plan for losing power in those areas.

When Does The Snow Begin and End?
Snow will begin late in the afternoon or early evening in Boston Sunday and end late morning to early afternoon Monday. The snow will have trouble accumulating even if it’s still falling after 10 a.m Monday because of the strength of the sun. The loop below shows the progression of the snow (and rain) from about sunset Sunday through the day Monday.

It’ll be chilly behind the storm, with highs in the lower 40s Monday and Tuesday. I do see milder air by the middle to end of the upcoming week, and 60s aren’t out of the question by next weekend. 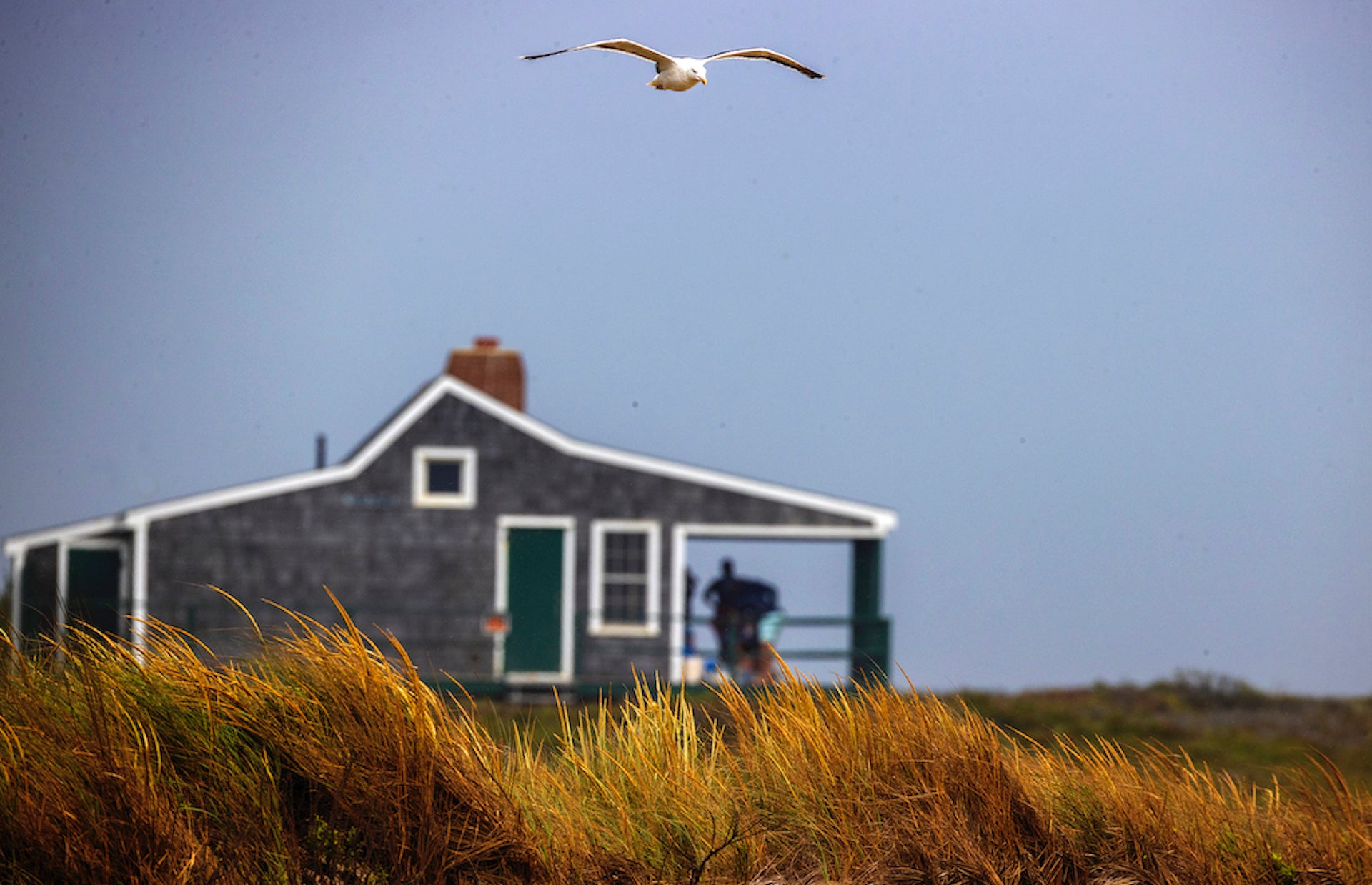