Evening Update
Snow flurries are breaking out across the area around 9 p.m, but the real accumulation snow will hold off until midnight.

Monday morning will feature moderate to heavy snow at times and the bulk of the accumulation will fall by 8 a.m. There may be an additional 1 to 3 inches after that time, but since roadways will be treated by then, the roads should start improving slowly after 11 a.m.

Expect a very slow go of it Monday morning. If you can hold off until after 10 a.m and go into work a little later, you’ll be glad you did.

The loop below from WeatherBell Analytics shows the predicted progression of the snow on radar through mid-morning Monday. Notice by the end of the loop, which is 10 a.m., the snow stops west of Boston. By noon, most of the snow should be over.

Total amounts will still be heaviest from about Boston south. The further west you live, the lower the amounts will be. Some fluctuation from town to town is likely where heavier bands occur.

Morning Update
Our spring snow event is still on for Sunday night with some areas seeing more than others, but most spots expecting a plowable storm.

On Sunday, the roads will heat up a bit under strong late March sunshine. This will help to eventually melt the snow Monday and leave more slush rather than ice later in the day. Although the clouds will be present Monday and snow will fall first thing in the morning, after 9 a.m the sun’s higher angle is going to help melt the snow as it falls.

There have been some wild swings in the forecasted amounts of snow in the past several days. As forecasters, we need to wait for the guidance we use to agree more than disagree before making a forecast. On Saturday morning, the majority of the guidance had the storm staying primarily south of Boston; those same models abruptly shifted during the afternoon, thus the whiplash forecast. The alternative to lowering the numbers would have been to leave a very large range in the projected totals.

On Sunday morning, we have more agreement, but still not 100 percent. The models’ snowfall totals range from just an inch or two in Boston to over 8 inches. This is still uncomfortably large, but I feel more confident in the forecast map of snow totals. 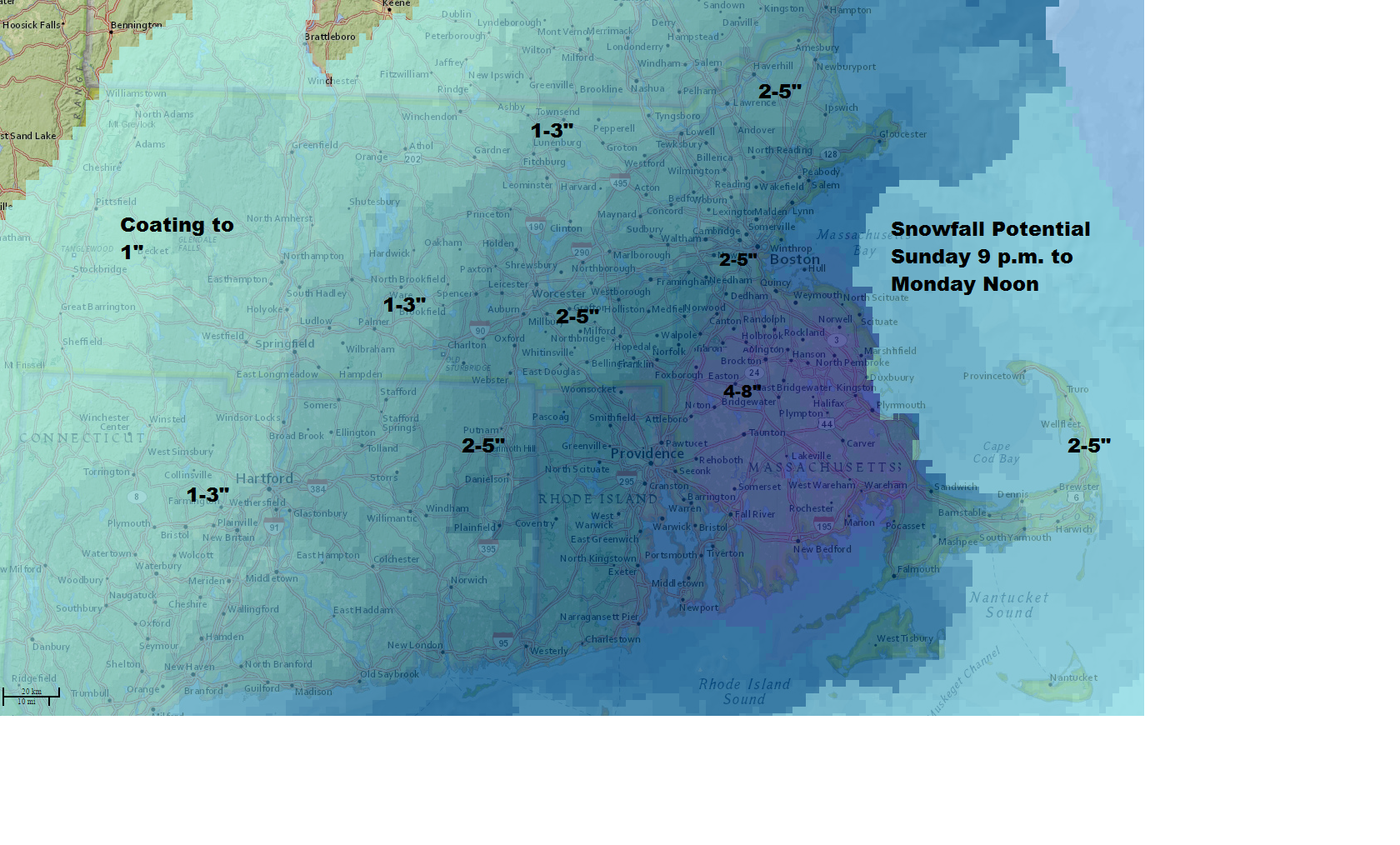 Notice there are 3 to 4 inch ranges in the bands. Whatever ultimately falls, the highest amounts will be on the grass with less on the roads with some melting there.

There won’t be any snow falling until late Sunday evening. The primary time snow will be accumulating is between midnight and 9 a.m Monday.

Power issues and cancellations
This isn’t the type of storm that is going to slow down and become a major storm. However, it will likely bring some delays and cancellations. Early Monday, snowfall rates may reach 1 to 2 inches per hour, especially over interior southeastern Massachusetts and even perhaps into Boston.

Rain versus snow over Cape Cod and the Islands
The snow will be heaviest and wettest across southeastern Massachusetts. There will be rain mixing in at times as well as periods of all heavy snow. This will produce highly variable amounts from town to town across Cape Cod, Martha’s Vineyard, and Nantucket.

Coastal issues
I don’t expect coastal flooding to be an issue with this storm, and although winds will be gusty at times Monday morning, they won’t be strong enough to cause damage.

Warming trend
There is a warming trend later this week, but there could be some more very wet snow (an inch) as the warm air arrives Friday. Spring has arrived early this year overall but, as is quite typical, will be occasionally interrupted as winter takes leave. 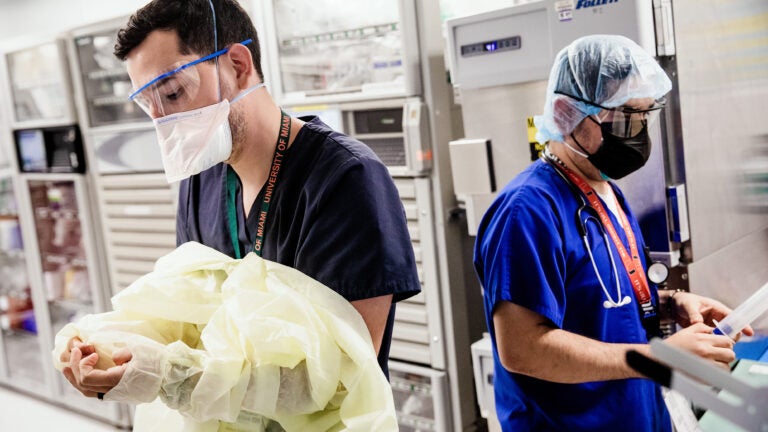