11 a.m. Update
Let the melting begin. Our spring snowstorm is over. Sunshine is breaking out across the region from west to east as temperatures rise above freezing. You’ll notice melting taking place quite quickly on south facing slopes and darker surfaces. It will take a few days for the snow to disappear with the larger piles around for a while. 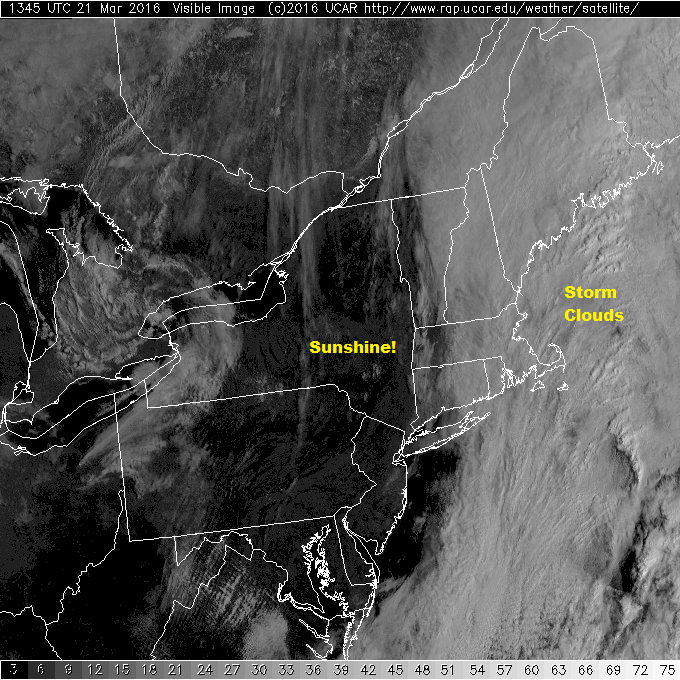 7 a.m Update
The storm continues to move quite quickly and already the bulk of the accumulating snow is over south of the Mass Turnpike. There could be up to another inch as the final push comes through before 9 a.m.

A band of heavier snow through the Route 2 Gardner/Fitchburg area earlier so some of you there could have 1 to 2 inches more than forecast. The radar map below shows roughly where this occurred. 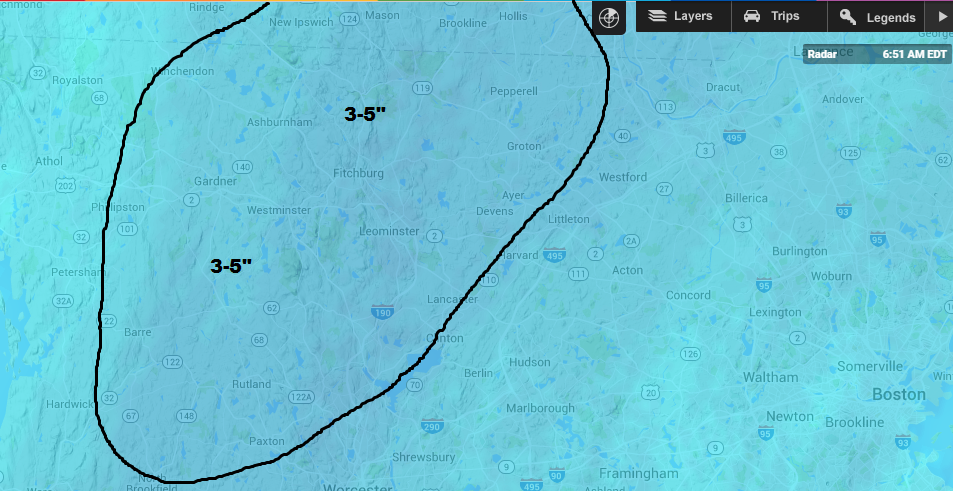 6 a.m. Update
The snow arrived on schedule during the night and will continue for a few hours this morning, but the bulk of the accumulation is over by 7 a.m. The snow came down at rates of 1 to 2 inches per hour in several places after 2 a.m., which allowed it to accumulate quite quickly.

Already, dry air is rapidly pushing northward from the south side of the storm. This will bring an abrupt shutdown to the snow between about 8 and 10 a.m. from west to east. If there are still flakes in your area after that time, they won’t be accumulating. 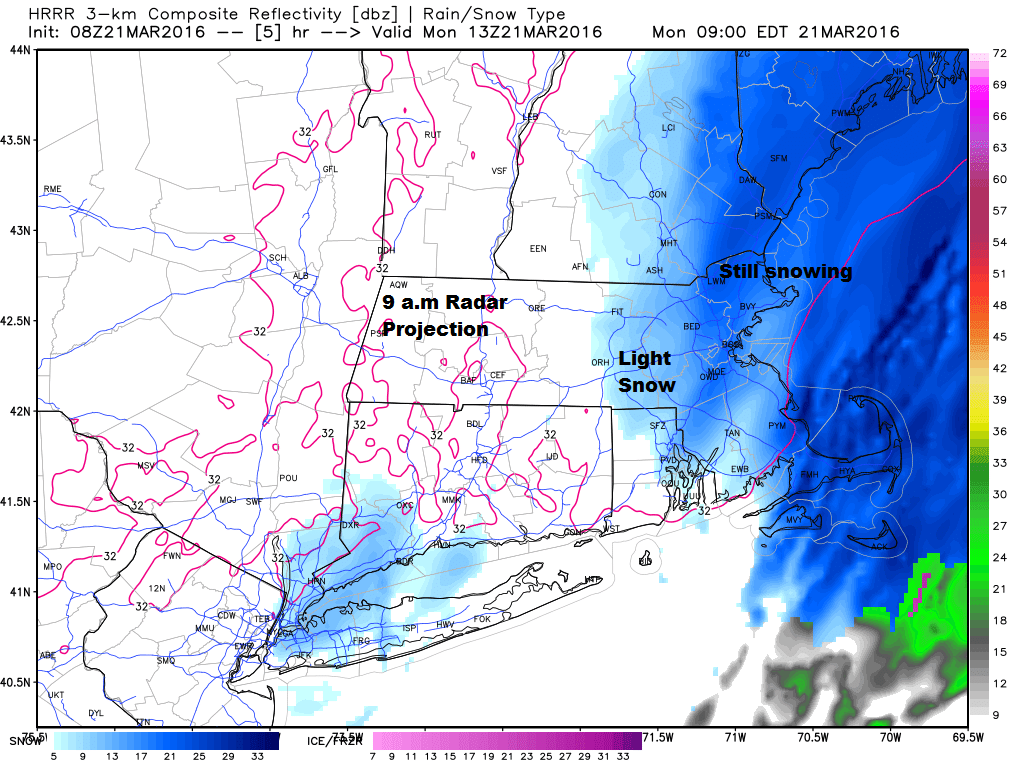 Warning and Advisories Posted
The National Weather Service has continued the winter storm warnings and winter weather advisories this morning for much of the eastern third of southern New England. Over Cape Cod, where it’s warmer and rain has mixed in with the snow or it’s just plain rain, the warning was dropped entirely or converted to a winter weather advisory. 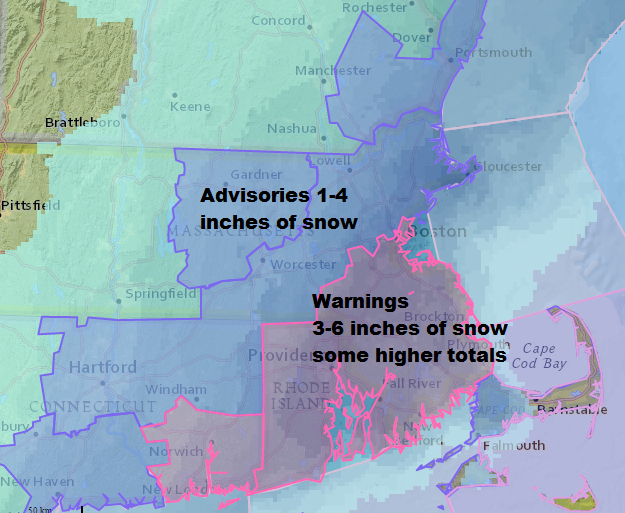 How Much Snow When It’s Over?
The map below gives a general idea of how much snow you should expect at your house when this is over. Remember, an area can always fall out of the range given, but overall it should be within an inch or so. 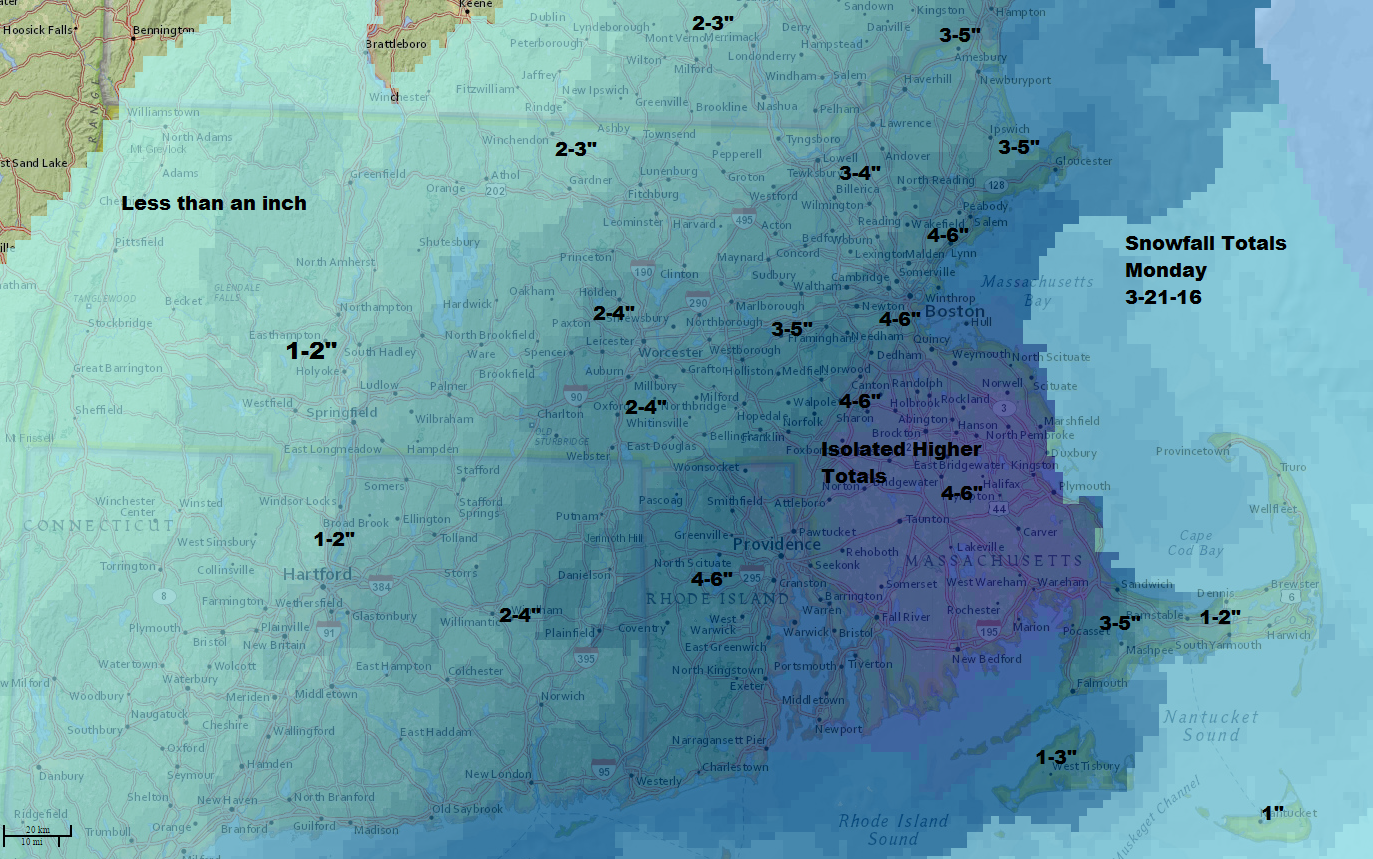 In the big picture, this certainly isn’t a major event. Of course, after having so many weeks without any snow, seeing the flowers in bloom, the buds opening, and having a day near 80 degrees not too long ago, it’s tough on the psyche to see several inches of snow.

When Will It Be Gone?
The snow will melt quite quickly this week, and I suspect many schools will be back outside practicing sports Thursday or Friday. The weather will be rather unsettled at the end of the week with some rain, so even if fields are snow free, it may not be conducive to playing outside.

I’m thinking of this as an inconvenient interlude in what’s been a very early start to spring. If you planted some seeds or put down fertilizer as I have already, the snow won’t hurt it. Some farmers used to call snow poor man’s fertilizer. All precipitation has some nitrogen, but the snow’s nitrogen gets into the soil slower and won’t run off like rain.

Tomorrow will be a nice day with lots of melting. Temperatures in the 40s should help melt several inches of snow and with highs in the 50s on Wednesday most of the snow should disappear with the exception of the large snowbanks.

Early Spring Frustration
The end of the week looks damp and somewhat chilly with some showers or even a steady rain Thursday and Friday. Spring in New England rarely arrives cleanly, it’s often a period of nice weather followed by some frustrating days (or even a week) of cool and wet conditions. After a nearly winterless winter, I prefer to think of today as simply a minor interruption, it’s spring after all. 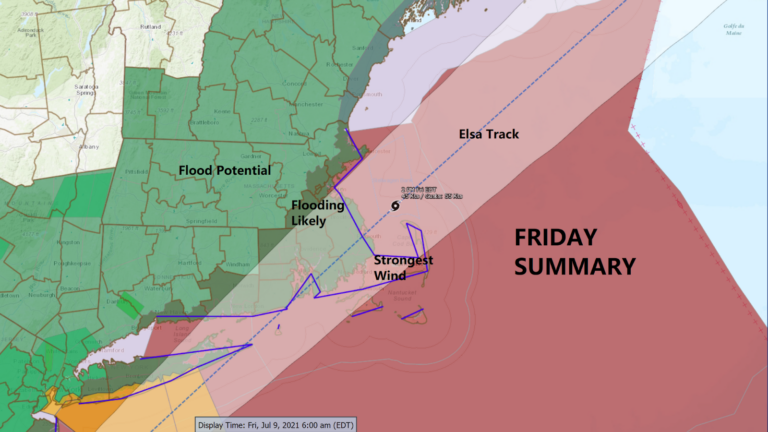