Friday afternoon brought humidity and even some severe weather to northern New England. Temperatures rose to the 70s again, and the magnolias are blooming all across the region.

Unfortunately, we may have flipped the calendar forward a month, but it’s about to feel like we are going backward, too.

The overall picture has three weather systems passing through the region. The first is a cold front, which will be offshore by Saturday morning. This system doesn’t fully clear the region, and another area of rain will move along it. Saturday will be colder, but actually quite typical for this time of the year.

If you have outdoor plans Saturday, some showers will be in the area from mid-morning through early afternoon. While I don’t expect these to be heavy, it will be enough to perhaps force some postponement of outdoor activities. There could be up to one-quarter inch of rain, which is enough get quite wet if you’re on the golf course or playing soccer.

On Saturday night, the focus of the weather will be an arctic front. This front will usher in very cold air for the season. It’s possible some record cold readings may be broken while this air mass is in place through Wednesday of next week.

As the front passes through, look for rain and snow showers. There could be some squalls Sunday morning as well. When you get a burst of snow in the early morning, even in April, it can accumulate. The ground will still be warm from the past few days, but it will definitely feel like winter Sunday, and perhaps look that way, too.

It may be snowing quite hard Sunday morning for a few hours between roughly 5 a.m and 9 a.m.  You could even hear the rumble of thunder with the snow! 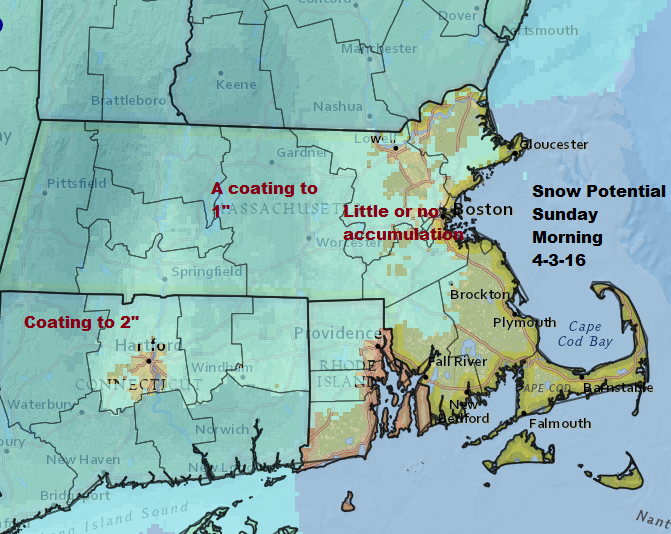 The winds Sunday along with temperatures in the 30s ,are going to bring wind chills into the teens and 20s. After our brief bout of warmth to end this week, the cold will be even more stinging.

The final system in the series comes through as a clipper on Monday. Clippers typically originate in Alberta, Canada, and take a track East/Southeast through New England. They can bring several hours of snow and the snow can accumulate. While this won’t turn into a blizzard, we could see enough snow on Monday and Monday evening to shovel and plow. 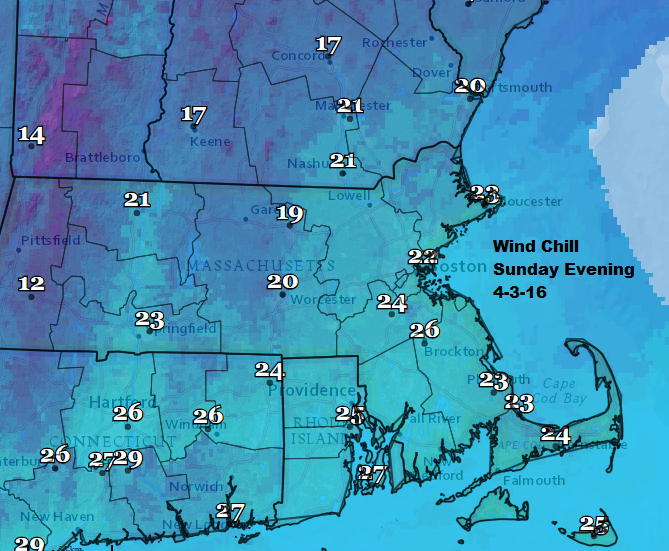 During the weekend, I’ll look closer at the predicted temperature profile for Monday and give a better idea of how much snow might stick to the grass and the roads.

It’s not atypical to see this in April in New England, but when it happens, it’s hard to take. The cold will likely peak during the early morning on Wednesday before a recovery takes place. 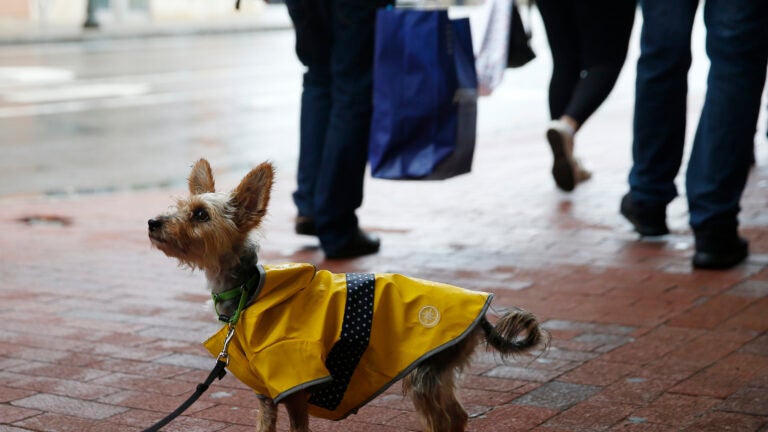