The upcoming weather pattern isn’t going to be warm and sunny with the feeling of spring in the air, but we will at least have days with some sunshine. With the second weekend of April upon us, we’re also closing in on the home opener for the Red Sox.

The bottom line on Monday’s weather is it won’t be anywhere near picture perfect, but the game is likely to be played. There won’t be any snow (that’s good), but there is the chance for showers during the game.

A cool weekend before the game

If you are wondering about the weather the next few days, it looks fair, not great. Lots of clouds will be around Friday with some breaks of sunshine and a brief passing shower.

Clouds increase after morning sunshine on Saturday with temperatures only in the 40s. There may be a few rain showers Saturday night or a flake of snow, but any forecast of accumulation earlier this week doesn’t look valid.

Sunday is a sunny and cool day with highs in the 40s. That sets us up for the home opener on Monday with mostly cloudy skies, a passing shower, and highs in the lower 50s with a southwest wind that will be quite active at times.

On Monday, it may shower

The tarp may need to be kept on the field a bit longer in the morning because of showers in the area. Of course, predicting the location and timing of morning showers three full days before they happen is fairly inaccurate. However, we do know there will be a flow of southerly air by then and a line of showers to the west. In these situations there is often a period before the main line of rain where showers occur.

The map below is for 2 p.m. on Monday; the green area represents the rain. Notice how there is a large concentration of rain to the west of New England in a line: this is a front. The front will take several hours to reach Boston, not doing so until the overnight hours Monday and early Tuesday. It’s then that the rain will mostly fall and the game will have been over for a while. 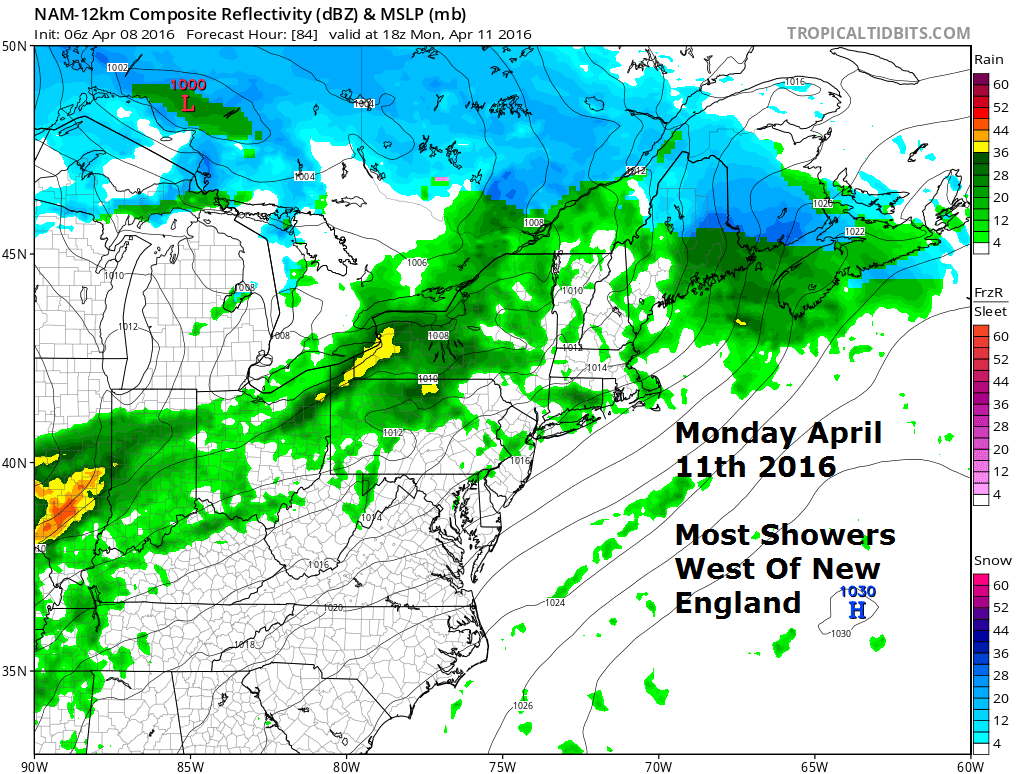 This surface map is for Monday, the day of the Red Sox home opener. There may be showers before and after the game.

There won’t be a lot of sunshine

With the chance of showers there will also be a lot of clouds. The four-panel map below gives us an idea of cloud cover during the game. The upper left panel is overall cloud cover with the other three forecasting the clouds at different levels. Black is clear, white is cloudy. You can see from this map the present forecast calls for a lot of clouds. 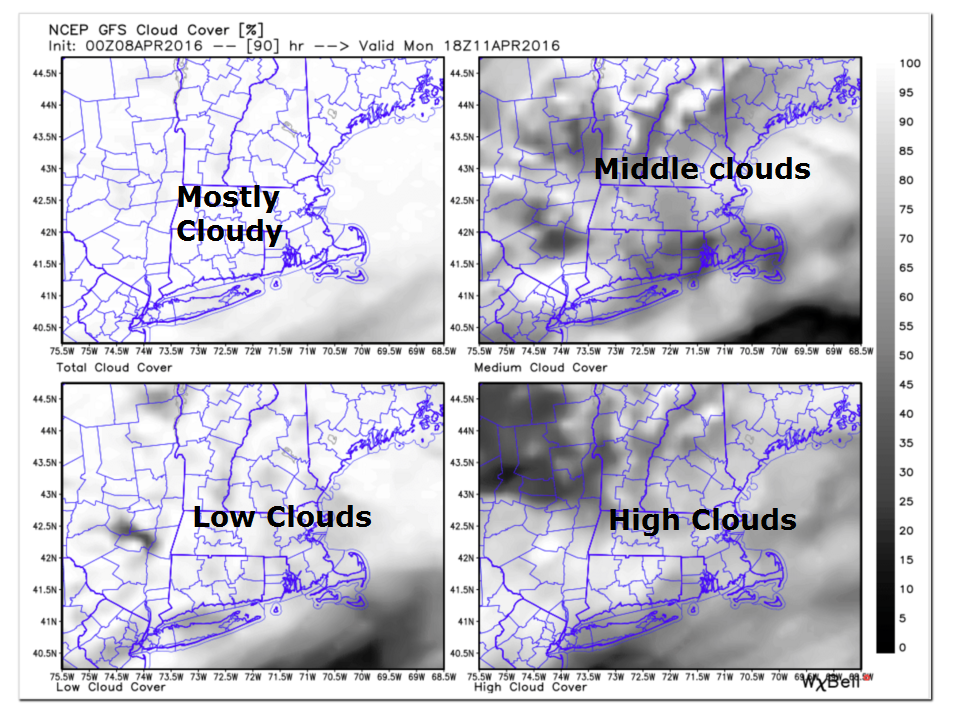 Monday will be cloudy.

Winds will be brisk from the southwest, blowing out of the park and hopefully helping the Red Sox start the season with some homers. (Of course, the wind will also benefit the Orioles.) When the winds are blowing from a southerly to southwesterly direction towards the outfield in Fenway, more hits (and home runs) occur. 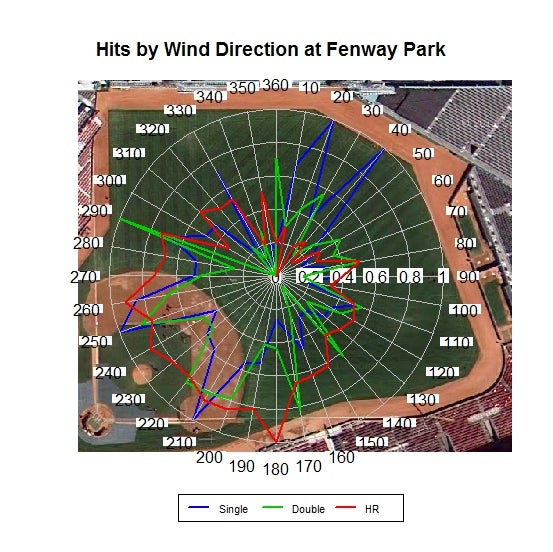 This graphic shows the relationship between hits and wind direction in Fenway Park. When winds are blowing in a southerly direction towards the outfield, more hits occur. 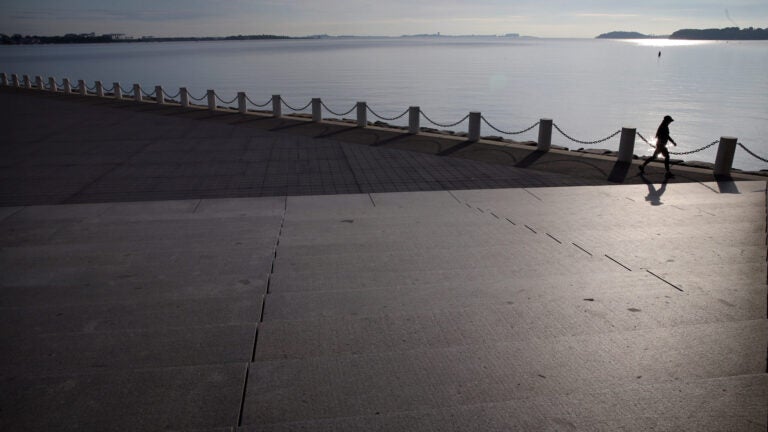