But just how much are you going to get?

In addition to meteorologist David Epstein’s more detailed forecast, we’ve compiled seven snowfall prediction maps from local meteorologists below to help you figure that out.

The white stuff is expected to start falling sometime Saturday morning and continue through the night, with accumulations of up to eight inches in some area, according to the National Weather Service’s updated forecast Saturday morning. A Winter Storm Warning is in effect for the city and surrounding areas from 4 a.m. Saturday to 7 a.m. Sunday. 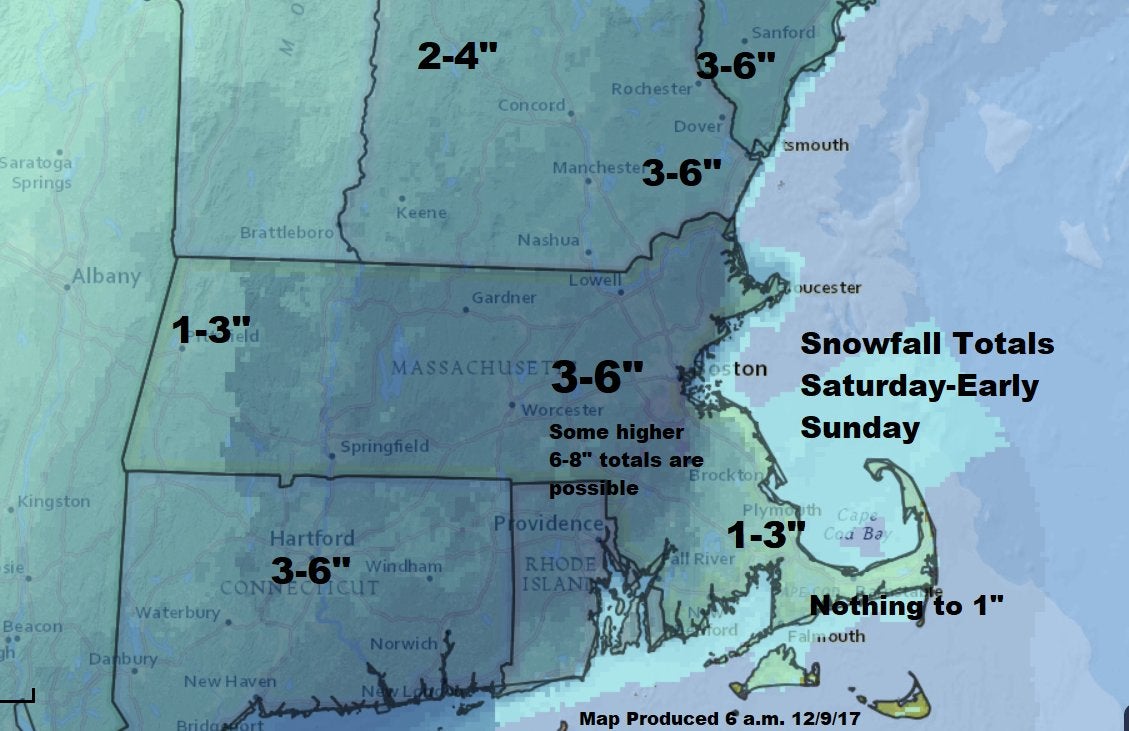 First Plowable Snow Of The Season On Saturday – What To Expecthttps://t.co/cDuJIf5h4V pic.twitter.com/r2FGPGla3H

The latest forecast is in and snow totals are going UP. There will also be a WINTER STORM WARNING for the areas in pink http://bit.ly/2jPqGUi

Snowfall forecast for Saturday. Still looks like 3-6″ of snow for much of the region tomorrow. #7news pic.twitter.com/wfWad5wDoR

Here’s the forecast for the season’s first snowstorm