The National Weather Service is warning residents in southern New England to stay off the roads Thursday as a “major winter storm” brings heavy snow and “near blizzard conditions” to eastern Massachusetts and Rhode Island.

The service said Thursday around noon that widespread whiteout and blizzard conditions with snowfall rates of two to three inches an hour could last through the evening. Forecasters said hurricane force winds have been reported across coastal New England and they are expecting moderate to major coastal flooding across the Massachusetts coast.

The snow is expected to continue throughout the day and into the night, according the service’s seven-day forecast for the city. Once the snow stops, the service said concern will shift to the cold arriving in the region. A wind chill watch has been issued for most of Massachusetts, effective Friday night through Saturday afternoon.

[END TIME] Looking at snow impacts ending this afternoon into evening; concern shifts towards cold air surging into the region, potential impacts especially for those who might have lost power; WIND CHILL WATCH in effect beginning Friday evening pic.twitter.com/UmMJkiWIRB

Meteorologist David Epstein has a more detailed forecast, but here are seven maps from local meteorologist predicting snowfall totals in the state. 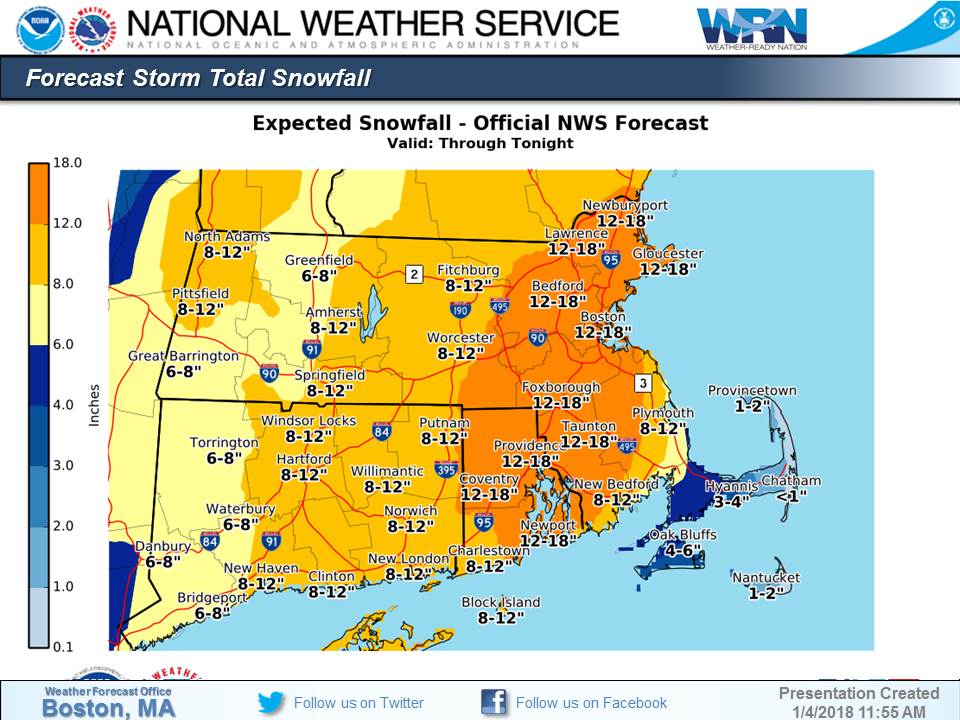 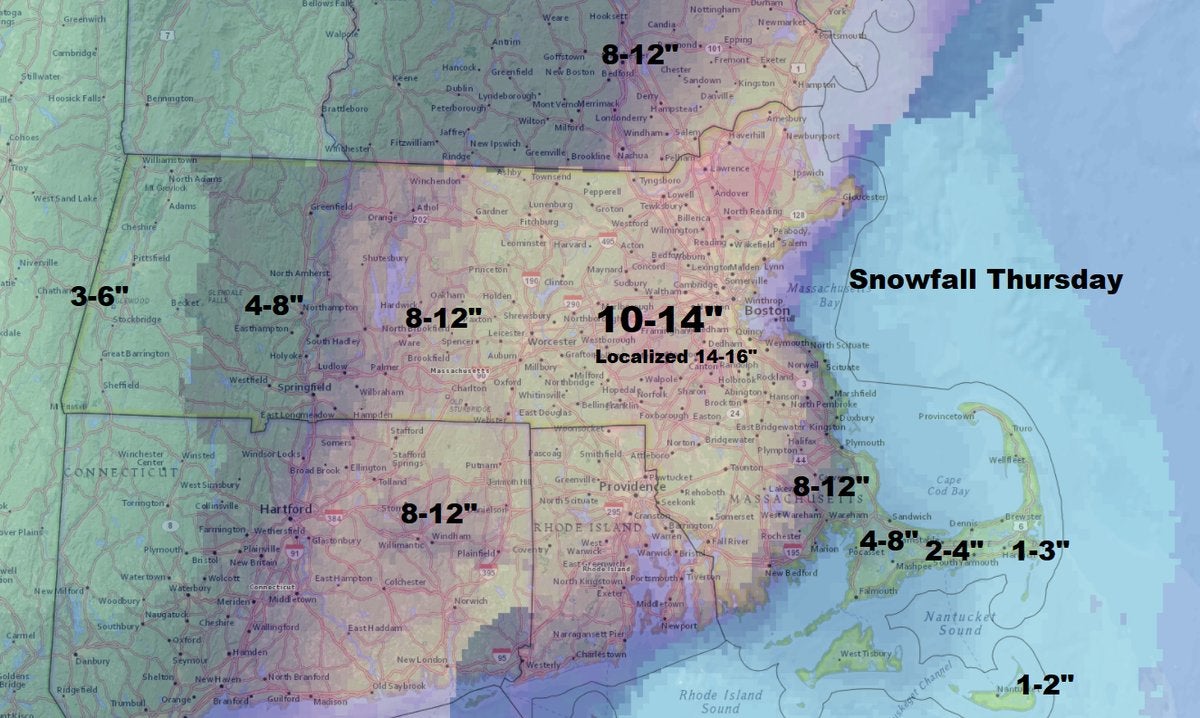 A slight tweak to the snow map, with a bit larger area now expected to get over a foot of snow. https://t.co/7Uz0BxHiY7 pic.twitter.com/ax5FbrGnwE

Snow from 7 AM to 7 PM. Near whiteout conditions at times with strong to damaging winds. If you have the option of staying home… likely a good idea on Thursday #Boston25 pic.twitter.com/OSeAGGLcrm