The Wednesday morning commute will be tricky.

The National Weather Service is expecting 2 to 4 inches of snow to fall in Boston starting early Wednesday morning, with temperatures reaching the mid-30s, according to the service’s seven-day forecast for the city.

“Snow will impact the morning commutes throughout the region, with reduced visibility and slippery conditions,” the service said on Facebook Wednesday morning.

“Winter storm warnings have been lowered to winter weather advisories in northern Connecticut and southern Worcester County,” the service added. “We are expecting a widespread 2-5 inches of snow, including Hartford, Worcester, Boston, and Providence, except 5-8 inches of snow in northern and western Massachusetts, where warnings remain in effect.”

Meteorologist David Epstein has more details, but here’s a glance at how much snow local meteorologists are predicting for the region: 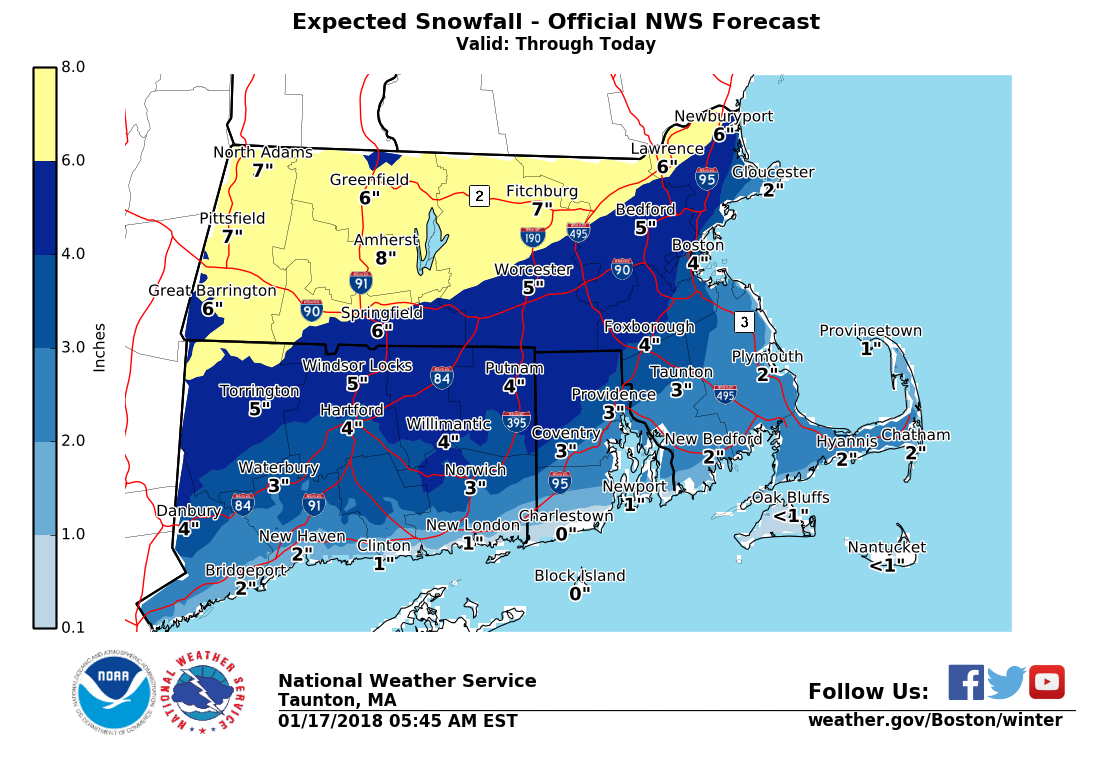 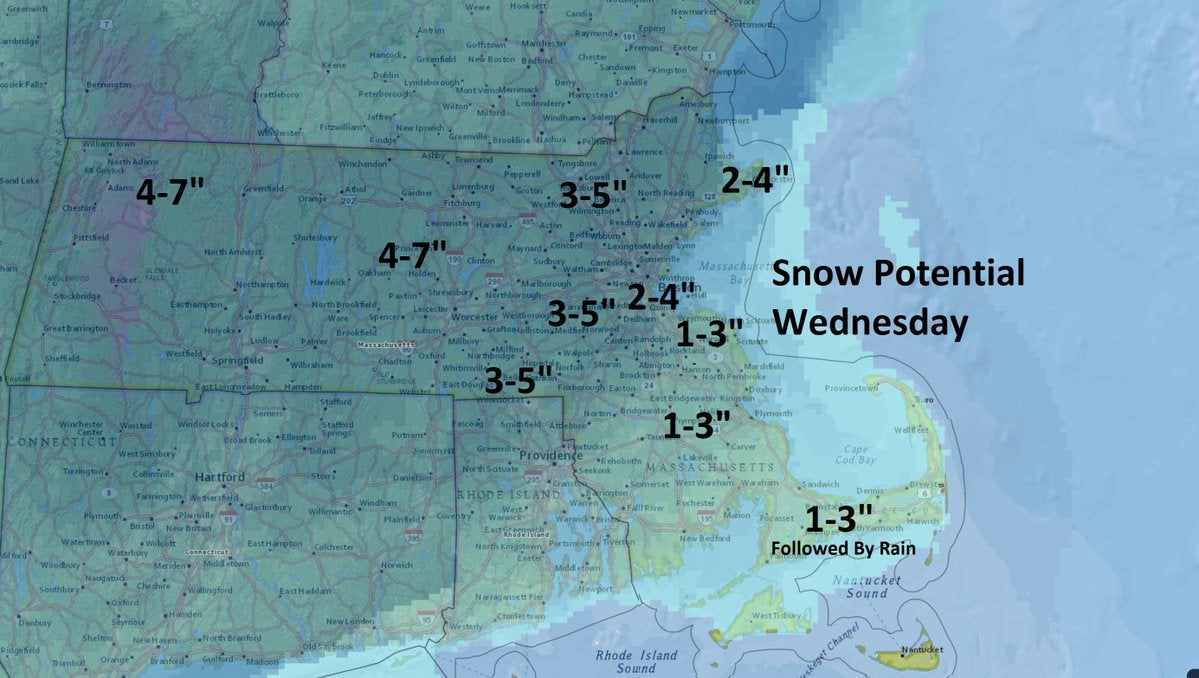 Good Wednesday morning! Snow is filling in now and will make for a slippery morning commute. Heaviest snow expected in Western MA where they’ve seen the most so far. Turn on #wcvb for the timeline pic.twitter.com/Um5bdx1qFO 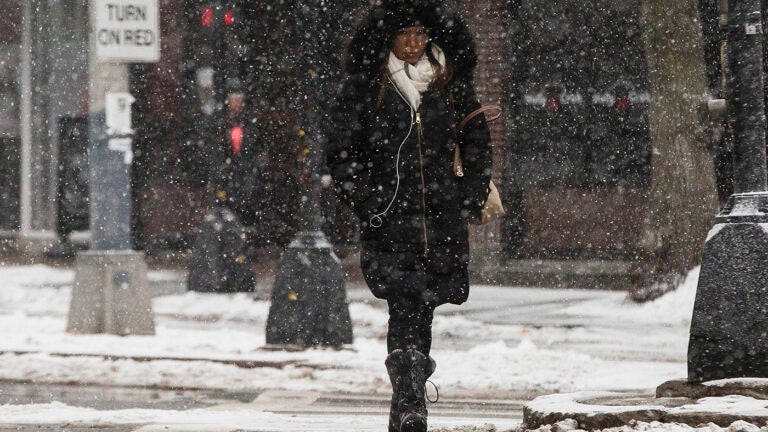