Forecasters are warning that the nor’easter that has begun to lash the coast of Massachusetts will bring “multiple hazards” to the region Friday and Saturday.

The service has issued a hurricane force wind watch for parts of the Cape and the Islands and a winter storm warning for central and western Massachusetts. 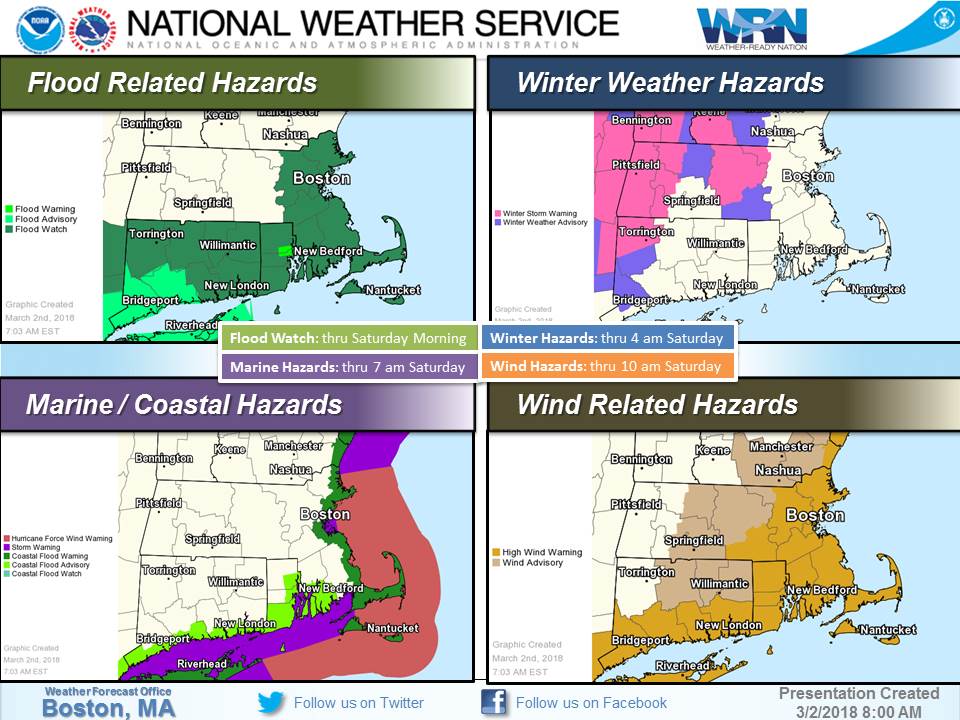 Meteorologist David Epstein has a full breakdown of the nor’easter. Below are six maps with a closer look at the potential impacts to the region being forecasted for the storm.

Wind gusts could reach as high as 80 mph in Provincetown, while Boston could see speeds as high as 62 mph, according to the map released by NWS. 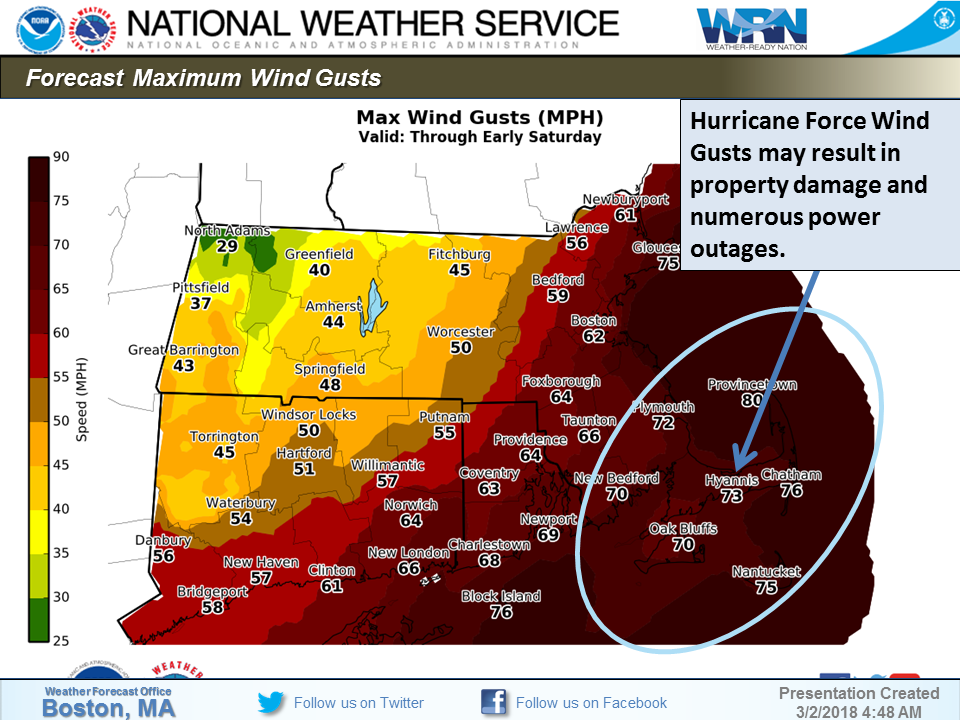 With the potential for moderate to major coastal flooding from the storm coinciding with multiple high tide cycles, service forecasters are warning against going near seawalls and shorelines Friday.

“Waves could crest over without notice,” they wrote. 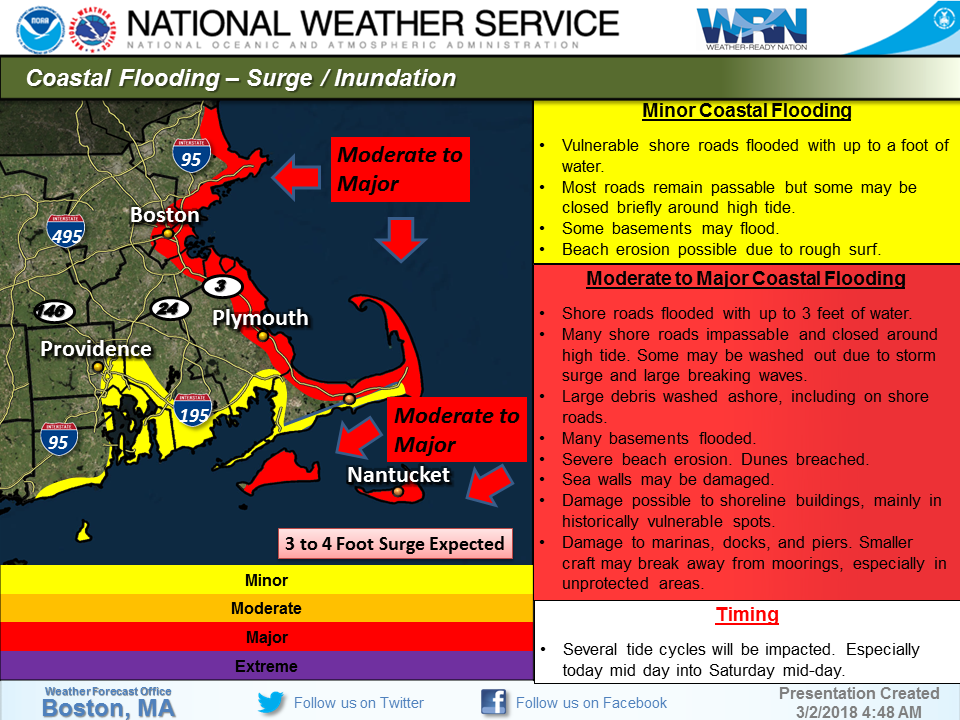 Fresh water flooding from heavy rain is also expected to be an issue, according to the service.

Boston could see a total of 3 to 4 inches of rain through early Saturday, according to the map released by the service. 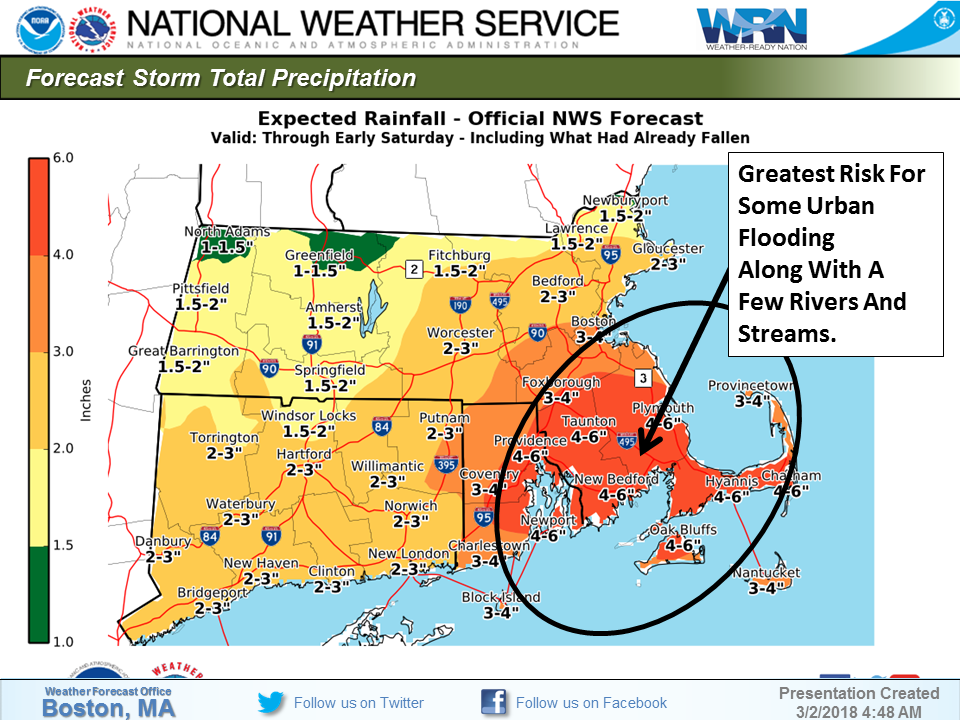 The service said exactly how much snow the region will see with the storm remains uncertain.

“Some mixed precipitation this morning will change to rain everywhere except the Berkshires, which will remain as snow,” forecasters wrote Friday morning. “This evening, rain then changes back to a period of heavy wet snow with some accumulations expected. This will exacerbate the power outage threat when combined with the winds.”

Given the uncertainty of how much snow will fall, the service released maps showing the potential for expected, high end, and low end snow accumulations.

For Boston, the amounts range from no snow, to a few inches, to as much as 7. 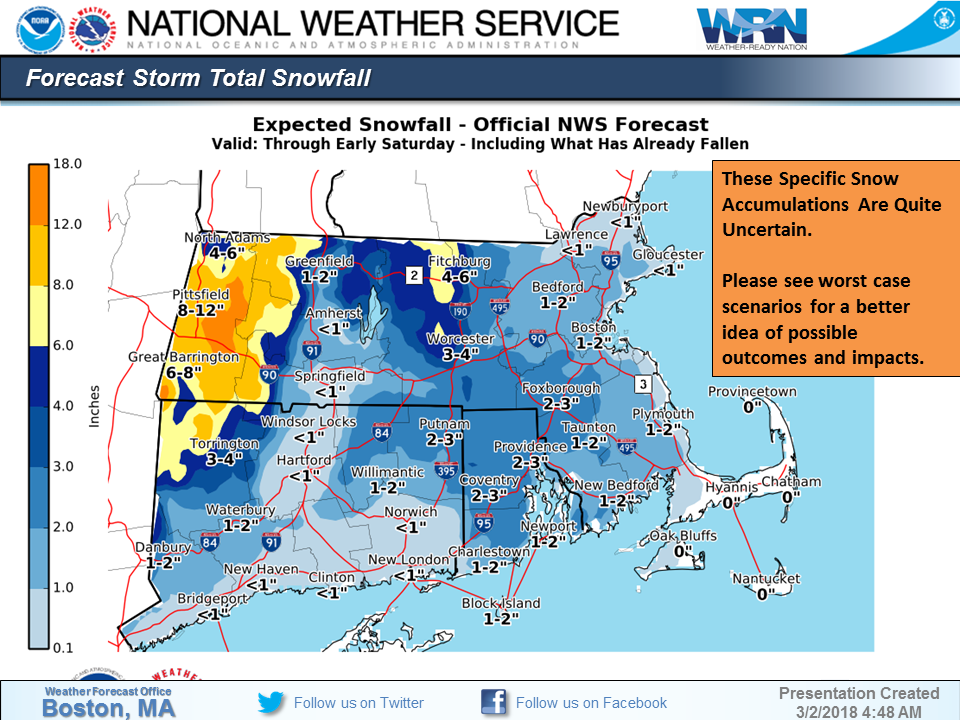 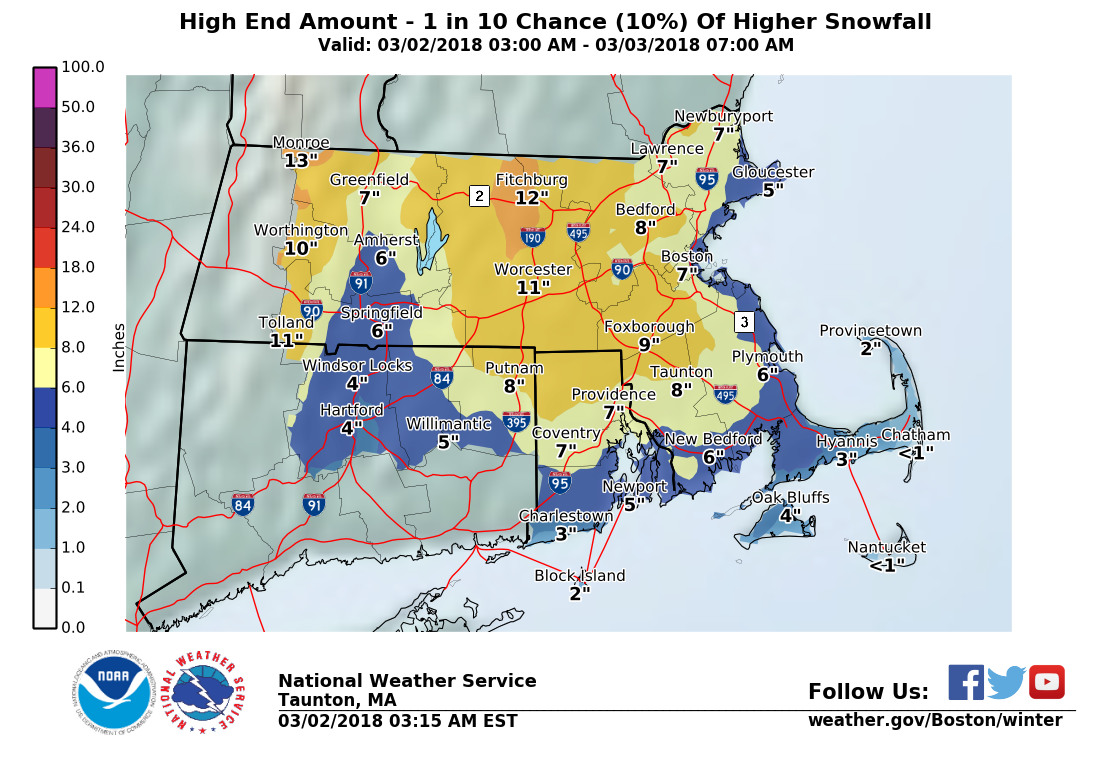 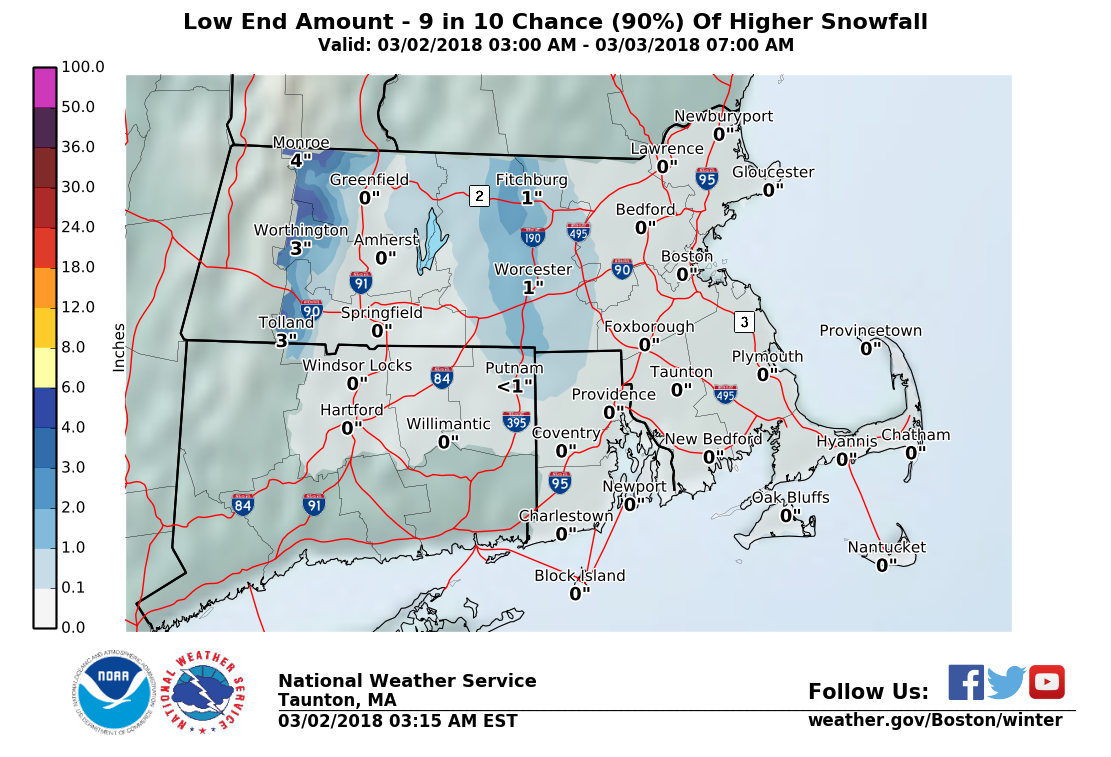 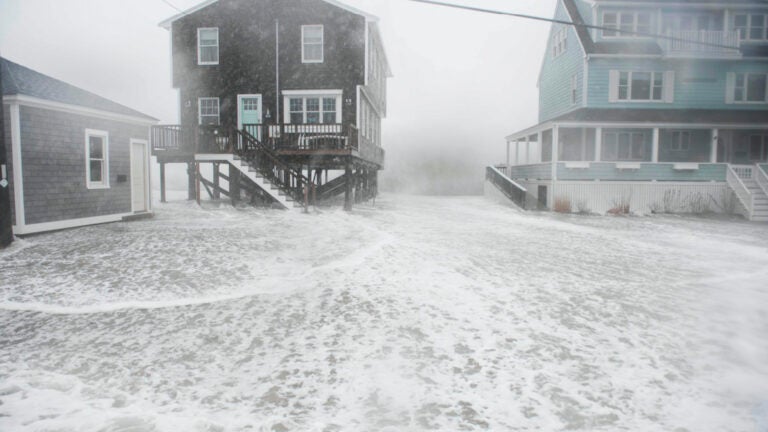