The National Weather Service says the nor’easter that began dropping heavy, wet snow in Massachusetts on Wednesday will be making its true exit from the region late Thursday afternoon.

“Like unwanted leftovers, the snow just won’t go away!” service forecasters wrote. “But [the] last of [the] snow will finally exit [the] region by 4 pm. Nothing will stick as [temperatures] remain above freezing.”

Like unwanted leftovers, the snow just won’t go away! But last of snow will finally exit region by 4 pm. Nothing will stick as temps remain above freezing. Also, a few snow showers moving SE from Foxboro will head through Brockton & points SE. pic.twitter.com/JAUPXmxyh0

Snow accumulations from the late-season storm have ranged widely across the state, with parts of Western Massachusetts getting blanketed by more than 2 feet of snow and parts of the eastern coast seeing just a few inches.

45 miles apart, drastically different weather conditions and hazards in #Concord and #Duxbury.
MEMA continues to coordinate with and support impacted communities across the state. #MAsnow pic.twitter.com/69vu6t3azj

According to the service’s snow total approximations as of 11:48 a.m.,  31 inches of snow were observed in Cheshire, compared to 14.4 in Billerica, and 2 in Duxbury.

As of 1 p.m., the service said 6.4 inches had been observed at Boston’s Logan Airport. 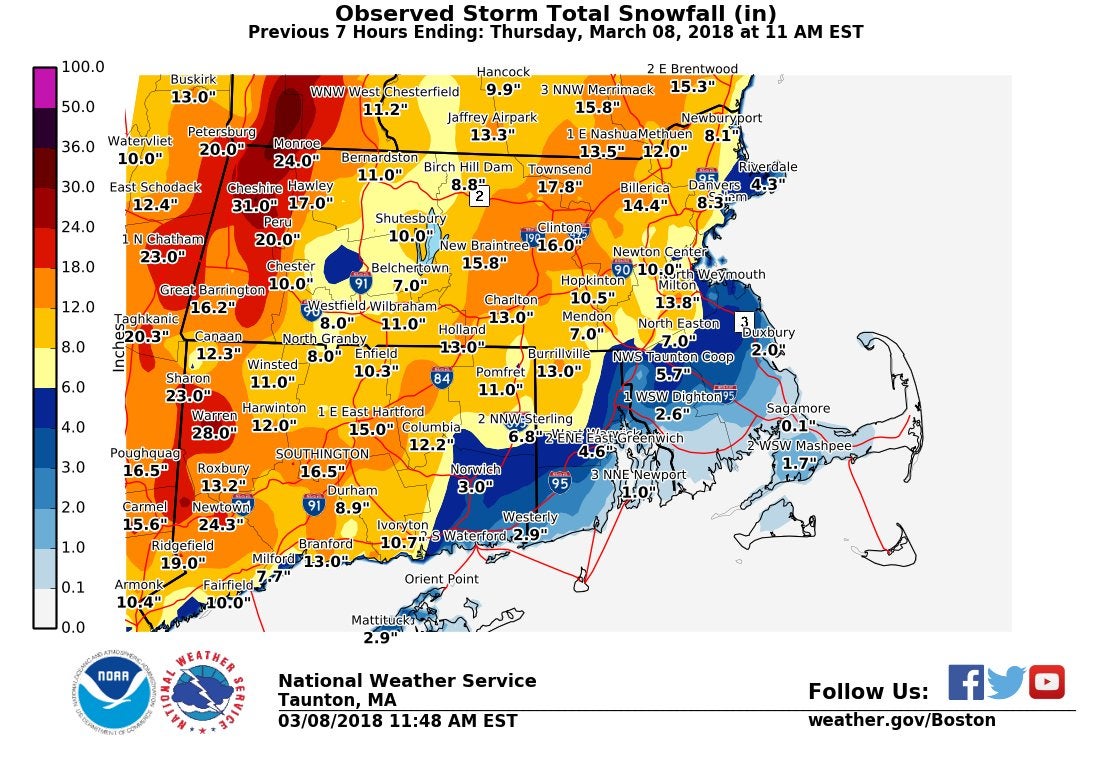 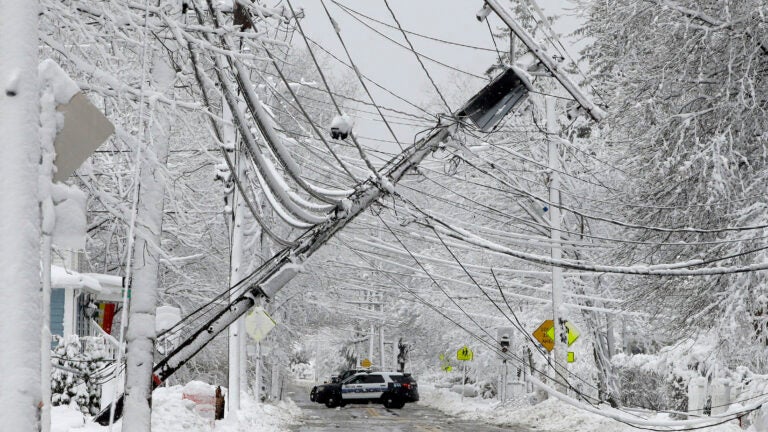