In an updated forecast Tuesday morning, the National Weather Service said a Winter Storm Warning was in effect for all of Southern New England, with Blizzard Warnings for Cape Cod and much of coastal Massachusetts. The southeastern part of the state could see up to 2 feet of snow, according to the service.

The expected snowfall for Boston is 17 inches, and there’s a 20 percent chance the city gets more than 18 inches, the service said. 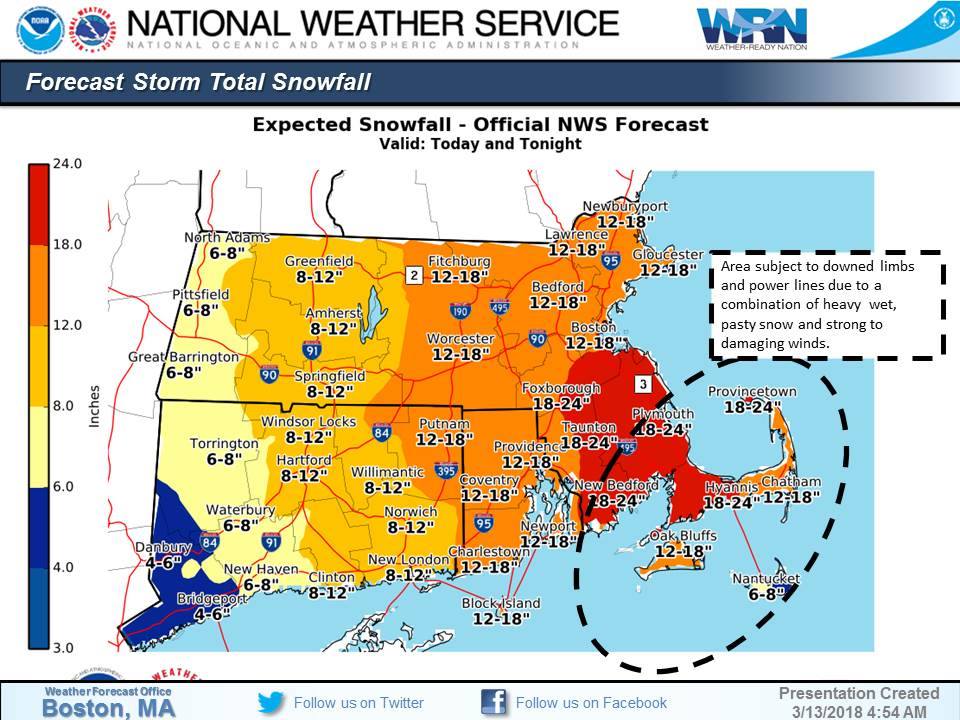 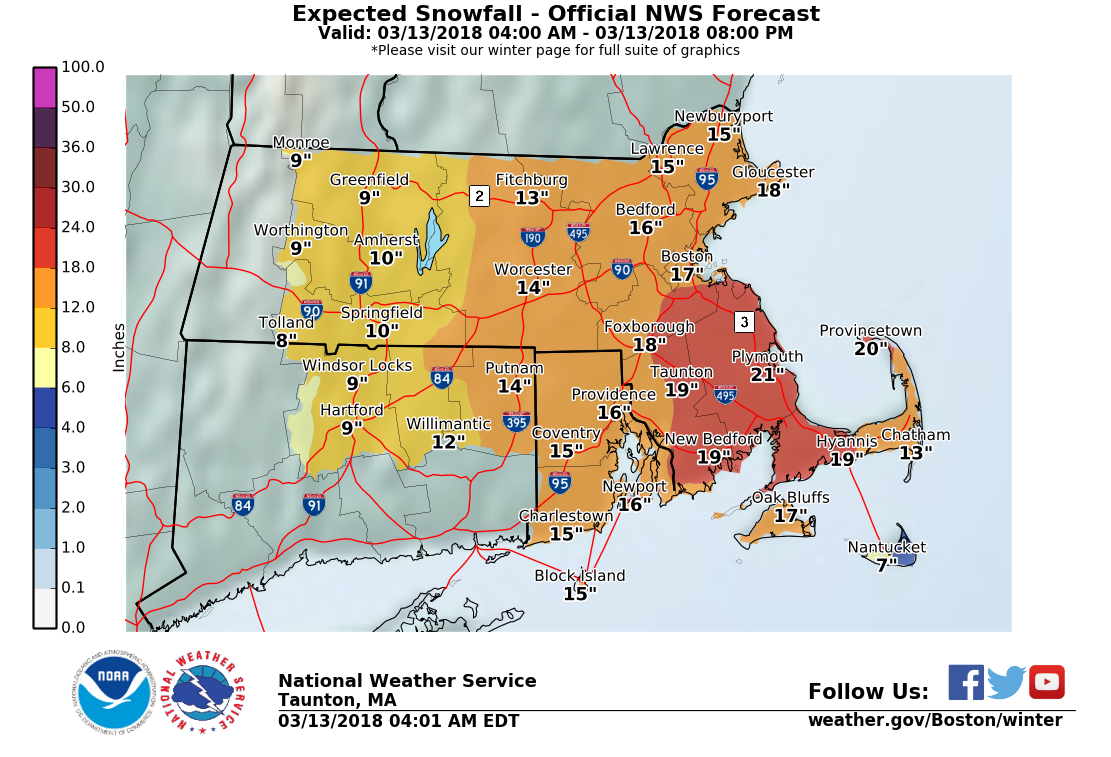 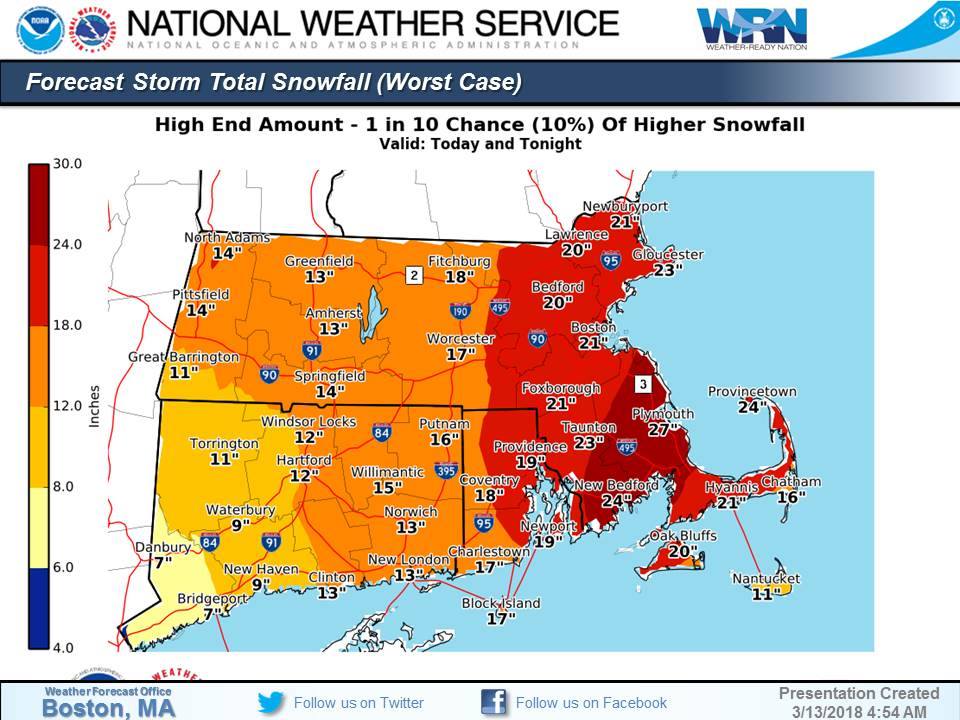 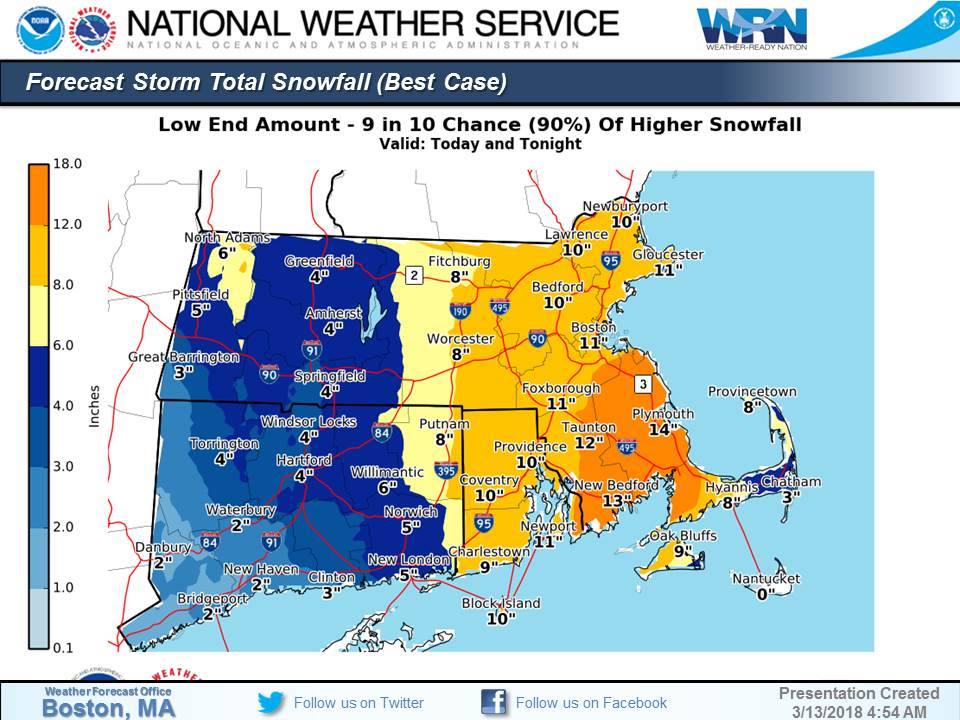 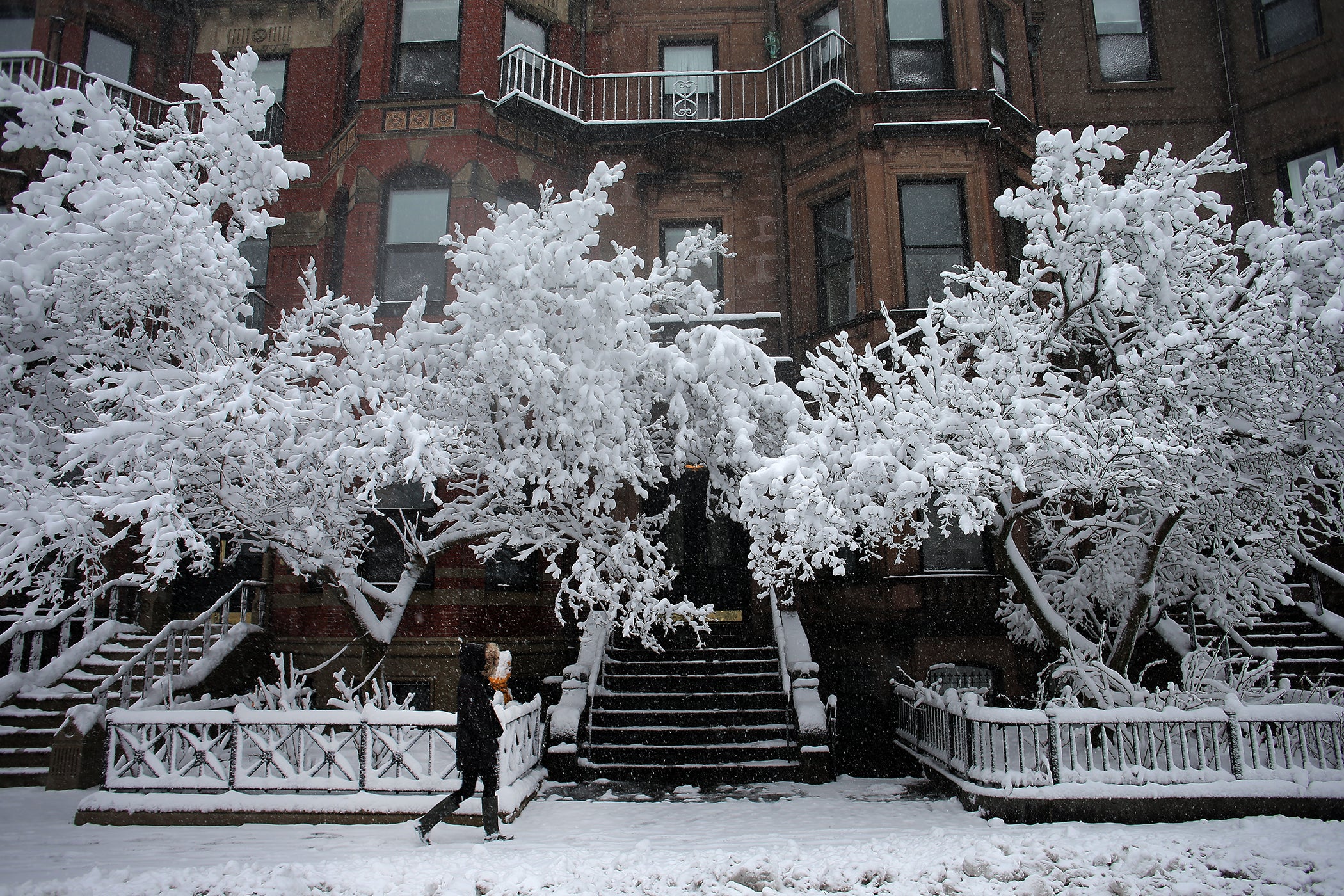 Live updates from local meteorologists, state agencies on the nor'easter